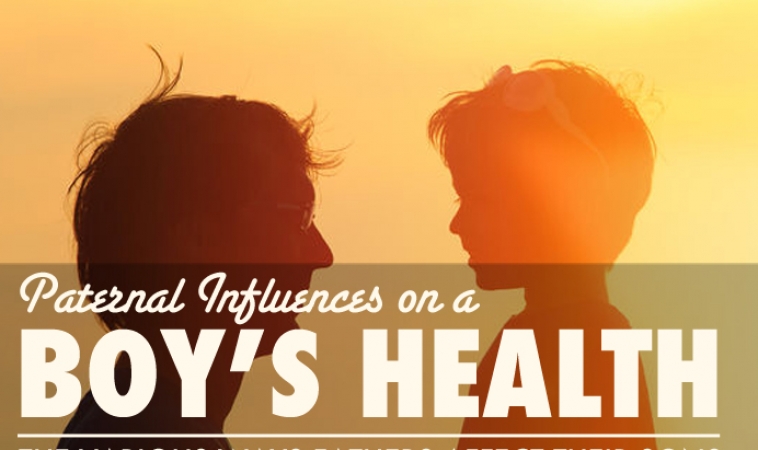 June is National Men’s Health month and the week leading up to Father’s Day is designated as Men’s Health week. Because of the recognized need to support men in taking care of themselves, all across the country there are men’s health fairs, screenings and education/outreach opportunities. Men’s Health Network sponsors a website, http://www.menshealthmonth.org as a resource, so check it out!

This month also marks the 37th anniversary of my dad’s death, which occurred the day before my graduation from high school. It was a rough time and after this many years, I still feel the loss deeply and treasure what he brought to my childhood. In honor of my dad, Darryl Rissman, I want to focus this month on the fathering aspect of being a man, and the contributions father’s make to their sons-psychosocially, emotionally and physically.

Fortune would have it that I’ve been the father of a great boy for seven years now, with all the high high’s and low low’s that fathering brings. I reflect on the impact of that relationship and the impact in general, of fathers on their sons. It’s way more than we originally thought. So let’s set the stage. Go and listen to Cat Steven sing his hit “Father and Son”; then go and listen to Yusef Islam(formerly Cat Stevens) and listen to him sing it as a wizened man. I appreciate the change in perspective the aging voice brings to the song, especially given that he really struggles to sing the high voice of the son, which seems appropriate. I’d be curious to know what you observe.

In addition to providing DNA, it’s generally agreed that the role of fathers is:

While we have long known of various maternal biological effects on children, new evidence shows how the biological father’s health influences a boy’s health later in life. For example, in the past 20 years, foods have been fortified with folate because of the connection of folate deficiency in pregnant females and neural tube defects. Now there are startling new studies in mice showing that paternal folate deficiency causes a nearly 30 percent increase in birth defects. And an epidemiological study out of Iceland, published in 2013, has demonstrated an increase risk of schizophrenia and autism spectrum disorder with increasing age of the father at conception. Additionally, a study presented at the European Respiratory Society International Congress in 2014, discussed an increase in non-allergic asthma if the father smoked before the age of 15. Given that the prevalence of asthma is twice as high in boys younger than 14, as girls, this seems important.

While strong links have been established for susceptibility to alcohol and drug disorders in individuals whose parents had these disorders, a new study of alcohol intake in mice, has shown that a father’s overconsumption of alcohol affects normal genes which changes the neurobiological sensitivity to alcohol in sons, but not daughters, even prior to conception. The periconception health of fathers is, therefore, more important than previously thought for influencing the health of boys.

It wasn’t long ago that hairy ears were the only known gene disorder carried on the Y chromosome. New advances in genetics have demonstrated that color blindness, some types of male infertility, and retinitis pigmentosa, which can have symptoms of visual impairment and night blindness in a boy’s infancy, can also be caused by gene mutations of the Y chromosome.

Research on fathering has indicated that we, as fathers, are much more sensitive to children than we were previously given credit. A father’s love is just as important to a child’s development as a mother’s, and sometimes more so, suggests a review of about 100 studies published between 1949 and 2001. Researchers have found that, overall, the love, or rejection, of mothers and fathers, equally affects kids’ behavior, self-esteem, emotional stability, and mental health. “But in some cases, the withdrawal of a father’s love seems to play a bigger role in kids’ problems with personality and psychological adjustment, delinquency, and substance abuse,” says study coauthor Ronald P. Rohner, Ph.D., director of the Center for the Study of Parental Acceptance and Rejection at the University of Connecticut. Another study at the University of Maryland School of Medicine found that children who have fathers in their lives:

Dads matter. But our influence can be negative as well. Fathers are generally more strict and likely to punish, and children state this as well, but it is also true that father’s who set limits and make decisions increase their level of influence in family, especially on sons.

Fathers who are viewed by their sons as overly influential or dominant cause their sons to have a low level of moral judgment, greater difficulty in school and more personal problems. Delinquent boys are likely to have fathers who are controlling, rigid and prone to alcoholism. These fathers more frequently resort to physical punishment as a form of discipline and have inconsistent/erratic disciplinary techniques.

Finally, I was at a “Helping Boys Thrive Summit” last week, which is put on by the Gurian Institute. One of the most important take-home message was confirmed by a panel of boys, and Michael Gurian himself, who all iterated that our job as fathers is to create a safe space for boys, then step back and let them figure it out, allowing for the inevitable scrapes and bruises, and trusting the developmental arc of boys.

One of the most profound lessons I share with students and other fathers about raising sons is somewhat contrary to conventional thought. Men want to show their sons their best self, but it is equally important to show our sons our less than perfect self. Dads need to model:

Here’s why: Boys are going to experience tough times, if not now, then as men. If they never see men suffer, what will they think about themselves when suffering comes their way and they don’t know what to do, especially in the “everybody wins” culture we have created? I watched my dad live with his leukemia, suffer and die with his leukemia. That was one of the unexpected treasures of which I had earlier referred. My dad modeled dying and letting go of what he thought his life would look like. And while it was a lesson I didn’t appreciate at the time (who would really?), I do now. Thanks Dad.