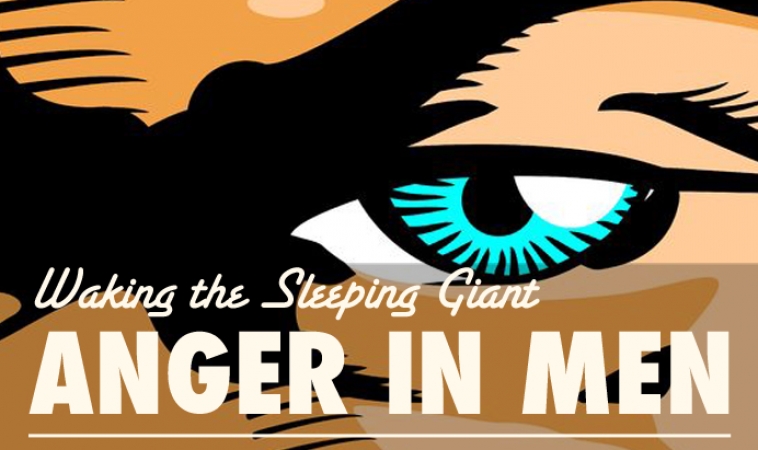 I teach Traditional Chinese Medicine, as well as a new course, Anger in Men. In TCM, springtime is associated with the liver, and anger is associated with liver, so it’s a perfect time to talk about anger in men. It’s a hot topic right now, given the frequent waves of violent killing sprees, incidences of police brutality and threats of terrorist violence, so I thought I’d so a series of blogs on men’s anger. After all, my son does call me the “Angry Doctor”, so I guess that makes me an expert.

While anger is just an emotion that everyone encounters from time to time, it was at one time, one of the only emotions “acceptable” for traditionally masculine men to express. Uncomfortable feelings of embarrassment or shame, sadness, and fear were considered less than manly, so men were socialized not to feel those emotions, and instead to quickly transition those into anger. And we got fairly good at it, despite the pain and suffering it caused- to family members, co-workers, friends, people we didn’t even know and ourselves. Some men, even those generally considered good guys, found themselves having crossed the line from anger feelings into violence behavior, and consequently, in trouble with the law. Anger got used as a weapon.

With changes in our world, more women are speaking out against violent behaviors that have been hurtful for too long. Anger is not welcome and not tolerated in most social situations. That’s good right? Absolutely, except that if anger is simply an emotion, what happens if a guy gets angry, but hasn’t been taught how to simply feel the emotion and not act on it? And this is the case. Men have not been taught how to feel difficult feelings, and instead are conditioned to mask those feelings. What happens to the energy of anger? Where does that inflammatory, intense fire go? It explodes like an erupting volcano, when it’s least expected, by anyone. Oddly, in my anger class and in my private practice, when I ask men about anger, they really don’t identify being angry and believe that anger isn’t a problem for them- neither is a sleeping giant. I get them to start talking, which sometimes takes a time or two, the giant stirs, the lava starts to churn. When they understand, often at some unconscious level, that it is safe for them to open up, the fire comes to the surface, the giant awakens.

I’ve written previous articles on venting of anger (To Scream or Not to Scream in NDNR archives)1, in which I discuss the research on the health detriments of both anger suppression and anger over-expression. There are numerous studies spanning over thirty years, connecting anger to heart disease, including a February 2015 article citing a study showing that anger can trigger acute coronary occlusion leading to heart attacks.2

In that article, I also referenced studies demonstrating gastro-intestinal and immune system issues, associated with anger and hostility. I concluded that moderate approaches to anger expression seem like the healthiest solution.

Clearly, the first step, and this is a tricky one, is to teach men how to be uncomfortable. Whose gonna sign up for that? With all of the comforts and conveniences of our modern world, we have very little experience in discomfort. Buddhism teaches that all life is suffering, and we have only to learn endurance of it. Indigenous cultures taught men to endure very painful experiences, in order to know one’s strength. And the paschal mystery of Christianity (Easter time, for you heathens!), even if one is not a Christian, is an awesome lesson in letting go, death of the ego, and rising out of humility- in that order. On a more practical note, I might suggest starting small. Take notice of actions that might be a signal that you are feeling angry. Hold on. Let’s make it even easier. Recall a recent moment that you got irritated. What was it that might have triggered that irritation? Something your girlfriend said, something that didn’t go your way, you didn’t win, etc. Now go back through it, very slowly, turning the volume up just slightly. Likely there was another disturbing feeling just before your reaction, your irritation. Just sit there with whatever feeling arises- a bit of gloom, a little embarrassment, a sliver of inferiority. Take it in and maybe even welcome it as a teaching moment, that, hey, it was uncomfortable, but you neutralized that flame, made friends with the giant. Yes, that’s all it was.