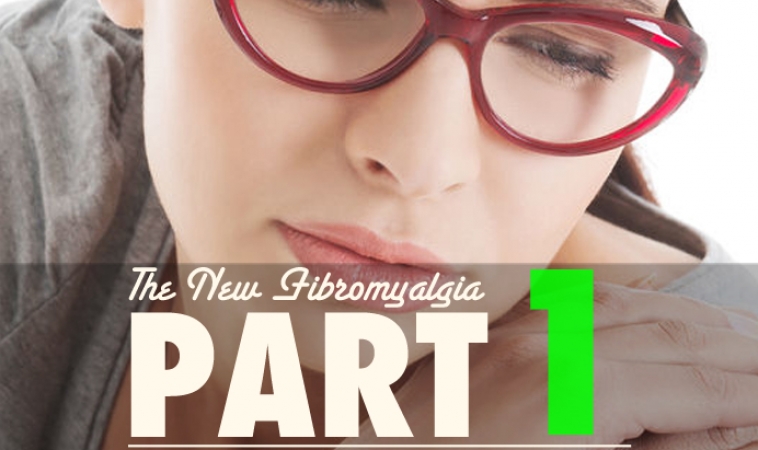 Many people book an appointment with a Naturopathic Doctor (ND) as a last resort. Once they have run through the gamut of medical care and experimental treatments and still have not found adequate help, they show up at the Naturopath’s door. Therefore, NDs often are exposed to subclinical and rare conditions that are frequently misunderstood by the regular docs. Fibromyalgia Syndrome is one of these conditions. Fibromyalgia or FMS has a long mysterious presence in medical history. It has been previously known as fibrositis, fibromyositis and stiff-man syndrome since 1946, labels that were ruled misnomers, because “itis” signifies inflammation.1

Despite the pain of FMS, inflammation has been proven not to be part of the pathophysiology. In 1981 it was identified that Primary Fibromyalgia patients are usually females, aged 25-40 yr but it can occur in men and children as well.1,2,3 Patients complain of diffuse musculoskeletal aches, pains or stiffness associated with tiredness, anxiety, poor sleep, headaches, irritable bowel syndrome, frequent urination, subjective swelling in and around the bones involving numbness. Physical examination is characterized by presence of multiple tender points at specific sites and absence of joint swelling. Symptoms are influenced by weather and activities, as well as by time of day (worse in the morning and the evening). Patients tend to be frustrated due to lack of satisfactory answers and treatment results. A combination of reassurance, nonsteroidal anti-inflammatory drugs, good sleep, local tender point injections, and various modes of physical therapy is successful in most cases, they wrote.2 Drug therapy alone is seldom effective in alleviating symptoms; a carefully planned education program is necessary to readjust both mind and body.3

In 1990 the American College of Rheumatology outlined a set of diagnostic criteria for the classification FMS including a history of widespread pain. Pain in either the neck, chest mid or lower back was mandatory for diagnosis.4Pain in 11 of 18 specific tender sites (where muscles insert into bones) on physical assessment by the doctor, including the skull, neck, shoulder, rib, buttocks and knee. For a tender point to be considered ‘positive,’ the physician must apply 4kg of pressure and the subject must state that the palpation was “painful.” “Tender” is not to be considered painful. Yet, in spite of this classification, there is still no “gold standard” for the diagnosis of FMS.5 And what’s more it may be changing. Despite the limited diagnostic criteria set forth by the American College of Rheumatology, many fibromyalgia sufferers express additional symptoms including facial pain and headaches with stiffness or tenderness in the shoulders or neck or TMJ. Another complicated condition involving normal lab results, Irritable Bowel Syndrome (IBS) is often co-morbid in those with FMS. These patients would suffer from symptoms such as diarrhea, constipation, abdominal pain and bloating as well as pain. Despite getting plenty of sleep, sometimes even too much, those who suffer from Fibromyalgia often suffer from ‘Alpha Wave Interrupted Sleep Pattern.’ These patients have their deep sleep interrupted by burst of brain activity person’s sleep pattern with bursts of brain activity that are similar to those experienced during waking periods, depriving them of deep sleep. Muscle spasms and restless legs are also associated with Fibromyalgia and can disturb sleep.

In 2012 new Canadian guidelines for the diagnosis and management of FMS were published which states that FMS has changed. Its diagnosis no longer requires a tender point examination, and instead the new rule say that pain may not be present in all FMS sufferers. While pain is the primary complaint, it is only reported to be severe in 58% of cases. Pain may vary in location and intensity from day to day, and can be modulated by factors such as cold and humid weather tends to be associated with increased symptoms. Stress may increase pain. Fatigue is actually the reported in 90% of FMS patients, and is the most common complaint, which may be even more disabling than pain, and contributes to functional impairment. Sleep may be the result of normal, disrupted or latent sleep issues, which may be compounded sleep apnea or restlness leg syndrome.

Throughout the years, and since 1991, Fibromyalgia has been diagnosed more because of increasing attention to the condition. Older people are also being diagnosed with FMS. We have also come to understand the nutritional role of healthy cellular function. For the lay person, large words like mitochondria and Adenosine Triphosphate (ATP), but nutritional biochemists and researchers can pair down many of the causes of fibromyalgia to healthy cellular function. The main function of the cell is to produce energy. Inside each cell is a complicated nutrition-dependent system that is responsible for producing energy for every cell in the body; be they nerve cells, brain cells, heart cells, white blood cells, bone cells or muscle cells. The same nutrients are involved in the energy generation of all cells, but some cells are more metabolically active than others. This means that if there is not sufficient nutrition for the cell to produce energy, then all the organ systems of the body can suffer. This appears to be the case in Fibromyalgia. Some fibromyalgia can recall they were never well since an accident or previoius illness. While others may have caught a virus but never recovered. Compounded with a poor diet, food sensitivities and drug-nutrient depletions fibromoyagia can take on a life of its own, with neither patient, nor physician, knowing what helps what doesn’t. 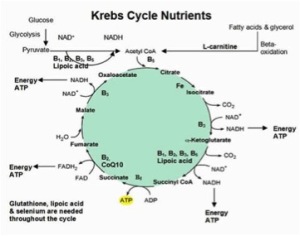 In the Krebs cycle, the cell requires available sugar, which happens to be the primary brain fuel. The cells also needs a large number of available nutrients; Vitamin B1, B2, B3, including a stabilized form of B3 called NAD+, B5 and B6 and Vitamin C. The cells needs available Iron, Selenium and some mitochondria-specific nutrients such as Alpha Lipoic Acid, Glutathione and CoenzymeQ10. It also requires a steady dose of protein building blocks called Amino Acids: L-Carnitine, which gets acetylated for use into Acetyl L Carnitine (ALCAR), Glutamine, Histidine, Proline, Isoleuceine, Methionine, Tyrosine, Asparagine, Lastly, the cell need fatty acids. Looking at the energy cycle stimulates thought as to how FMS that is hallmarked with pain and fatigue relates to the energy cycle.

Doctors and the patients alike are taking note that Fibromyalgia has changed. There may be a series of functional, iatrogenic and nutritional causes for this. Next month we will focus on the discussion of nutrients as they correlate to the evolving condition, Fibromyalgia Syndrome. 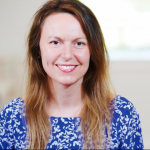 Dr. Millie Lytle is a Naturopathic Doctor and the founder of Nat Med Coach. She has a passion for finding and filling gaps of care in the health care system. She holds her license in the District of Columbia, practices virtually and in New York City. Originally from Canada, Dr. Millie earned her undergraduate degree from the University of Toronto, her doctorate from the Canadian College of Naturopathic Medicine and her Masters in Public Health from the Hamburg School of Applied Sciences in Germany. She is a published researcher, avid public speaker and author of Eating for Meaning. She is the director of Nat Med Coach and the founder of Virtual Health Club – providing supervised self-care to help you stay out of the doctor’s office. She sits on the Medical Advisory Board for the School of Applied Functional Medicine. Dr. Millie specializes in helping those address chronic fatigue with mind-body-spiritual well-being.