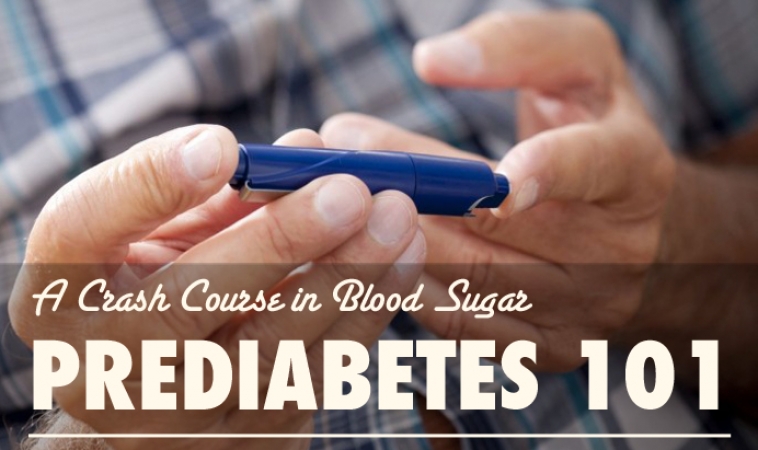 Prediabetes is a worldwide epidemic and in the United States alone it affects an estimated 86 million people.1 Prediabetes is being diagnosed in 1 in 3 adults aged 20 years and older, 1 in 2 adults aged 65 years and older, and almost 1 in 4 adolescents.2 According to the most recent statistics from the Centers for Disease Control and Prevention, the incidence of prediabetes is consistent across ethnicities, found in 38 percent of Hispanic adults, 39 percent of non-Hispanic black adults, and 35 percent of non-Hispanic white adults.1

It may be a common condition, but prediabetes is not benign. It increases the risk of developing 5 of the 7 leading causes of death in the United States, not just type 2 diabetes mellitus (T2DM) but also heart disease, stroke, Alzheimer’s disease, and cancer. Even small elevations in blood sugar (levels above 125 milligrams per deciliter) greatly increase the risk of developing cancer and dying from cancer, according to a study published in the Journal of the American Medical Association.3

Prediabetes is characterized by levels of blood sugar and/or insulin that are elevated but not yet high enough to be classified as T2DM. Symptoms can include fatigue, increased appetite, cravings for sugar and other carbohydrate-rich foods, and weight gain from fat accumulation, but most of the time there are no symptoms at all. The CDC estimates that 7 million cases of undiagnosed prediabetes exist in the United States.4

It may be difficult for people with prediabetes to detect it themselves but it’s easy to diagnose with blood tests. The fasting plasma glucose test measures blood sugar levels after a fast of 8 hours or more. Studies show that levels above 87 milligrams per deciliter are associated with an increased risk of T2DM and that people with the lowest risk have levels below 81 milligrams per deciliter.5 Other important tests include the insulin glucose tolerance test, which measures the body’s response to eating sugar, and the Hemoglobin (Hb) A1c test, which measures glucose attached to hemoglobin in red blood cells. The HbA1c test reflects blood sugar levels over the previous 3 months, not just at one given moment in time, so it has an advantage over the other tests. However, it may not be accurate for certain people including pregnant women, people without a spleen, and individuals with anemia, kidney or liver disease, alcohol or lead toxicity, recent blood loss or transfusion, and uncommon forms of hemoglobin.

Excess amounts of sugar and insulin in the blood can have damaging effects throughout the body. They promote inflammation, genetic mutations,6 cellular damage, and premature aging.7 Cells lining the blood vessels are particularly vulnerable to injury and, over time, damaged blood vessels cause problems with the kidneys, eyes, nerves, heart, and brain. Left untreated, most people with prediabetes will develop T2DM within 10 years.8

The best cure for prediabetes is not prescription medication. While pharmaceutical drugs can be lifesavers in certain circumstances, they’re not always necessary, and when it comes to reversing prediabetes, they’re not the most effective treatment. A landmark study published in the prestigious New England Journal of Medicine compared the effects of diabetes drug Glucophage (metformin) to diet and lifestyle changes.9 Twenty-seven medical centers around the country and more than 3,000 people with prediabetes were randomly split into 3 treatment groups. One group, referred to as the intensive lifestyle intervention group, exercised for two and a half hours each week and received 16 one-on-one lessons focusing on diet, exercise, and behavior modification during the first 24 weeks. They also participated in subsequent monthly individual and group sessions designed to reinforce these lifestyle changes. Participants in the other two groups took Glucophage or placebo pills and received written information about a healthy lifestyle and 20 to 30 minutes of individual counseling once each year.

After 3 years, people in the intensive lifestyle intervention group had the best results. By changing their diet, exercise, and lifestyle habits, they reduced their risk of developing T2DM by 58 percent overall, with adults over the age of 60 reducing their risk by 71 percent, compared to the people who took placebo pills, regardless of gender or ethnicity. The group taking Glucophage reduced their risk by only 31 percent. (Glucophage was most effective for people at least 60 pounds overweight and least effective in adults over the age of 45.) Benefits of the lifestyle changes were long-lasting and a decade after the initial study researchers found that people in the intensive intervention group still had a 43 percent lower risk of developing T2DM (adults aged 60 and older had a 49 percent lower risk) while those taking Glucophage had an 18 percent lower risk compared to placebo.

Prediabetes is a state of imbalance, not permanent dysfunction. It’s an opportunity to reverse dangerous metabolic changes before they cause chronic health problems associated with early death. The most successful strategy for reversing prediabetes is a combination of regular exercise, a diet low in sweets and starches, a healthy lifestyle, and detoxification. In the upcoming months I’ll discuss these topics more in detail, so stay tuned.