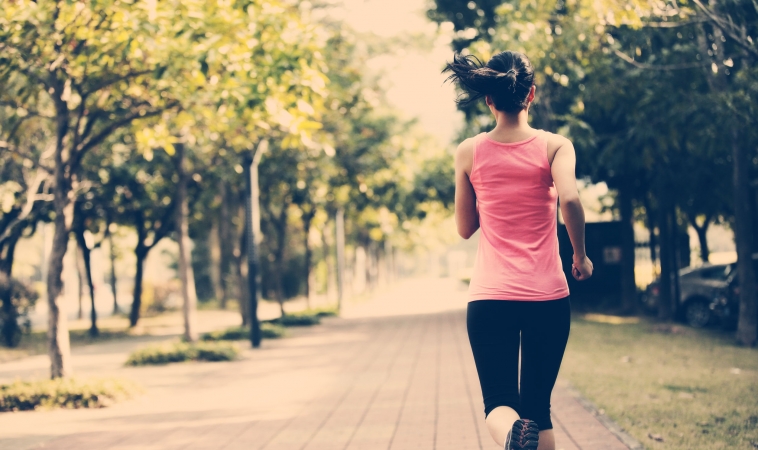 The Mood Disorders Society of Canada put out a startling statistic in 2009: 1 in 5 Canadians will experience a mental illness in their lifetime1, including depression, mood disorder, anxiety disorder, bipolar disorder, schizophrenia, attention deficit hyperactive disorders and dementia (with anxiety and depression being the most common by far). If 20% of our population will experience such an event, it is very likely you or someone you know is, has been, or will be affected by mental illness. Rates have been climbing in Canada steadily for several decades and are expected to continue increasing.2 Within a generation, it is estimated that more than 8.9 million Canadians will be living with a mental illness.

If you or someone you know struggles with mood regulation, anxiety, bipolar disorder, or depressive episodes, chances are you’ve heard of the many options available for treatment—everything from pharmaceuticals to nutraceuticals to acupuncture. There are so many approaches to mood support it can be hard to know what’s right for you.

This first-line conventional treatment is not cheap—a conservative estimate of the cost of mental illness in Canada in 2011 was $42.3 billion in direct costs and $6.3 billion in indirect costs.2 With so many Canadians living with mental illness, together with such high treatment costs, it’s a wonder that one of the most effective, safe and inexpensive tools for mood regulation is so underused as a prescriptive treatment for mental illness: exercise.

When I lecture and speak to patients, I share this quote: ‘Pharmaceuticals (anti-depressants) are the most over utilized prescription for depression and anxiety and exercise is the most underutilized.’ I go on to explain that I understand how difficult it is when you are in the pit of depression & despair to exercise. I also share that there have been times that THAT is all that I have “accomplished” in a day. The struggle to get myself out the door has been agony at times. It has taken me several hours – 2, 4, 6, 8 or 10 hours at times – to move from my bedroom to the door. When I am depressed, the battle between the side of me that wants to get well and the side of me that is stuck in depression and defeat can be paralyzing and it can take hours to muster up the courage to do all the steps required to get me out the door:

Sometimes I have sat at the door for over an hour just struggling with the contemplation and action of putting my shoes on. But, I can tell you this – as much as I didn’t want to go – I have never once, come back from exercising outside feeling worse than when I began. Never. Once. The endorphin benefit may be short-lived and not sustain me to the next morning, but I believe that there is a cumulative effect of exercise and if repeated enough times on a weekly or daily basis, that you can’t help but feel better.

It seems almost too easy to think that something so simple could make a real impact on mental illness, but strong evidence speaks loudly. Studies on the neurobiochemistry of mental illness show exercise is an effective treatment for mental illness.

What kind of exercise?

Many studies investigating the beneficial effect of exercise on mental health are done on aerobic exercise, generally 60-300 min/week of aerobic activity: jogging, cycling and other such high-intensity activities. Research reviews on aerobic exercise show significant reductions in depression and anxiety scores, improved cognition, and improved self-perception; features central to many mental health improvements.4-7 A 2016 meta-analysis on regular aerobic exercise as a treatment for depression shows it is statistically equally as effective as treatment with antidepressants without any of the cost or adverse effects of such medication.8,9 When exercise is used in combination with medication, response is better than either treatment alone. Several studies have also shown aerobic exercise to be effective at reducing psychiatric symptoms in individuals diagnosed with schizophrenia, bipolar disorder, attention deficit hyperactive disorder, and obsessive-compulsive disorder.10-13

Fortunately, it’s not just running and aerobics that improve mental health. Studies have also shown the psychological benefit of regular strength and resistance training without aerobic fitness improvement.14,15 Regular weight lifting, playing sports and other types of active exercise can improve mood and decrease anxiety and depression scores as well as rigorous high-intensity running.15 These improvements to mental wellbeing can begin to be seen with as little as 20 minutes, 3 to 5 times a week of brisk walking, tennis, dancing, weight training or anything else that gets your heart rate up or your muscles pumping.

A review of population-wide studies in the U.S. and Canada tells another interesting story about what type of exercise is best for the brain—it’s more beneficial when it’s recreational. Compiling data and comparing between groups of people who use similar amounts of energy in household chores versus recreational exercise shows a greater psychological benefit in the group engaging in recreational exercise.16

Finally, to get the most out of exercise, take it outside. It is known that both physical activity and exposure to nature separately have positive effects on physical and mental health. Research is now showing they have a synergistic effect on parameters of mental health when experienced together. Their combination is being called “green exercise” and is proven to be more beneficial than exercise without exposure to nature.17 A 2010 study shows that the perceived greenness of an exercise area is proportionally correlated with reductions in anxiety after exercising there.18 In other words, the greener the environment of your run, the less anxious you will feel after you’ve done it. Another study by Pretty et. al. (2005) reports significantly improved blood pressure, mood and self-esteem after running in pleasant natural environments versus control environments (running on a treadmill without a screen) or in unpleasant environments.19 A meta-analysis shows that one of the populations most affected by the presence of nature during exercise are those suffering from mental health concerns.17

Who benefits from exercise?

The significant, measureable psychological effects described above are seen in both clinical populations (those with a diagnosed anxious or depressive disorder) and in healthy populations, pointing out that exercise benefits both those with mental illness and those wanting to prevent it.20 This effect is seen in all ages, shown by studies in ages from adolescents to the elderly.7,21 It is interesting to note that the positive effect of exercise on parameters of mental health is independent of economic status, age, gender, and physical health status. This means that a person can start wherever they are—fit or not, young or old, and still feel the psychological benefits of exercise.16

How it works to support mental health

Various mechanisms are responsible for the mental health benefits of exercise. The first and perhaps most obvious physiological changes that happen during exercise are increased heart and breath rate. This allows for higher oxygen delivery to the whole body, including the brain.22 Increased cerebral vascular flow sends nutrients, energy, and other benefits to brain cells to support their function during the strain of physical exertion. It even changes patterns of neuronal activity post-exercise. For example, changing blood flow and brain metabolism through exercise has been shown to alter symptomatic neural response in adults and children with bipolar disorder. Several studies are suggesting physical activity as a new early treatment of this condition.13,23

Increased blood flow to the brain is also serving to activate metabolic pathways that replenish depleted neurotransmitters; depleted neurotransmitters being a state common to many mental health disorders. Dr. Richard Maddock, a professor in the Department of Psychiatry and Behavioral Sciences at the University of California Davis, explains, “From a metabolic standpoint, vigorous exercise is the most energetically demanding activity the brain encounters, much more intense than calculus or chess, and one of the things it’s doing [with all the energy] is making more neurotransmitters.”24. This is directly beneficial to many mental health concerns. A major depressive episode, for example, is often characterized by depletion of glutamate and GABA. Both of these neurotransmitters have their pathways turned on by exercise.24

Exercise affects not only blood flow and brain metabolism, it also physically changes the brain. Olson et. al. (2006) show that regular aerobic exercise creates new neurons and increases mass in the hippocampus, a part of the brain responsible for memory and thinking.25 In addition, when cells in the body are stressed by exercise, they release growth factors in the brain: improving the health of existing brain cells, growing new blood vessels in the brain, and even improving the survival of new brain cells.26 Deslandes et. al., (2009) discuss the protective effect of exercise against changes in the physical brain associated with aging, concluding that exercise is an essential part of long-term optimal brain functioning, ultimately decreasing the chances of developing age-related cognitive decline.27

What you can do

You can start today. It doesn’t take much and you don’t have to become fit overnight. But committing to a goal of regular exercise to get your heart rate up or your muscles engaged can be enough to support your mental health for the long term. If possible, get even more benefit by exercising outside in a green environment. Going for a walk 3 times a week is enough to begin to feel a change without any side effects or costs to you. If it helps, find a group of like-minded people and get moving together. This not only improves your mental health in the ways discussed in this article but the sense of community, companionship and friendship also has a beneficial impact on mood. I credit tennis to lifting a depression that had been weighing me down for several months in 2008. A friend asked me to play and we started playing a few nights a week. I was now engaging in a social activity with a friend, getting outside in the fresh air, getting sunlight/Vit D and was stimulating my appetite because of the exercise. After 2 months of this, I was no longer depressed!

Supporting mental health is an increasingly important goal for our personal future and for our future generations. Exercise is an inexpensive, effective, and safe treatment option and needs to be included as part of a comprehensive wellness treatment plan for mental health concerns. If we as a nation participate and engage in exercising our bodies, we can work to manage the mental health concerns of our present and future society. 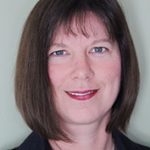 Christina Bjorndal, B.Comm, ND, graduated from UBC in 1990 with Bachelor of Commerce Degree with honours. She was Valedictorian of her graduating class. She completed her Doctorate in naturopathic medicine from CCNM in 2005. She is a specialist in Canada in the treatment of mental illnesses such as depression, anxiety, bipolar disorders, eating disorders, ADD/ADHD, OCD and schizoaffective disorders. Having overcome many challenges in the sphere of mental health, Dr. Chris is a gifted motivaltional speaker on mental health and shares how to overcome barriers in life and to encourage others to achieve their full potential. She is currently completing a book on mental health titled “Beyond the Label: Moving from the stigma and shame of mental illness to mental wellness”. For more information please visit her website at: naturalterrain.com