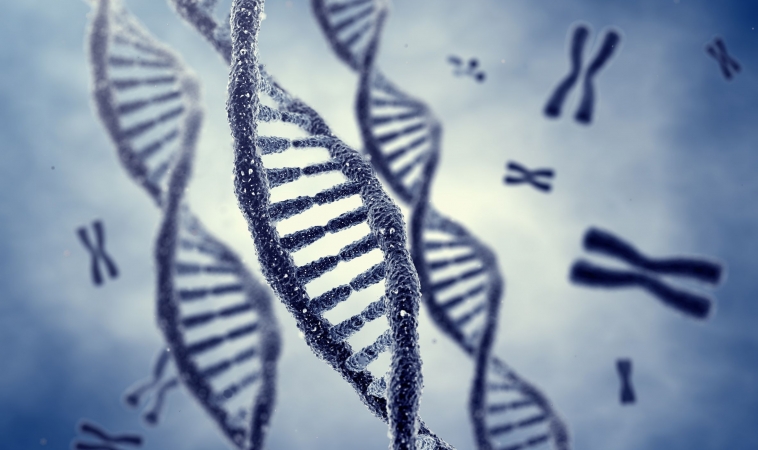 James D. Baird, PhD has more than 40 years of experience as a successful inventor and graduate engineer. A pioneer in the new science of ultrasonics, Baird has earned several patents and as a successful entrepreneur founded Dynasonics, Inc., a design and manufacturing company of ultrasonic sensors and computers.

His inventory background instilled in him a persistent curiosity about how things work, translating from mechanisms to life. His passion for understanding the bioengineering that makes us human, combined with his religious and spiritual beliefs has led him to research the subject of happiness for more than 20 years, and in the process, earned him a PhD in Natural Health. 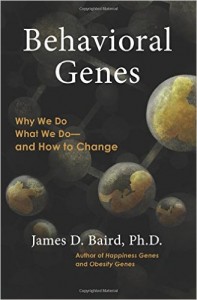 As a natural health advocate with an inventor’s curiosity, he was intrigued by the paradox that “diets don’t work.” In an effort to uncover the reasons and provide an answer, he wrote his third book, The Mindful Meals Diet (iUniverse, 2007), which explained how genetic factors are the basis of unhealthy eating habits that lead people to become overweight. His program incorporated self-hypnosis and mind/body strategies to develop healthy eating habits. Expanding his research in this field, he then published Obesity Genes- and their epigenetic modifiers. [CreateSpace 2012], which provided expanded epigenetic therapies to change genetic expression.

From his research of genetics in diet evolved the understanding that humans have a spiritual nature and that faith is genetic. This confirmed his belief that the expression of spirituality and altruistic acts, such as. compassion were genetically motivated and resulted in natural happiness. Results from researching genetic behavior and the new science of epigenetics inspired Baird to write Happiness Genes – unlock the positive potential hidden in your DNA. [NewPage 3/2010]

In this interview, we tak with Dr Baird about his most recent book, Behavioral Genes: Why We Do What We Do and How to Change,to discuss epigenetics and what we can do to change our behavior for the better.

What is epigenetics and how did you get involved in it?

Epigenetics is the science of physical and physiological trait variations that are caused by external or environment drivers that switch genes on and off and affect how proteins read genes instead of being caused by changes in the DNA sequence.

I got involved with epigenetics due to my research in the science of Behavioral Genetics in determining why we behave the way that we do.

How does epigenetics change the way we have previously understood genes?

In earlier days it was thought that genes were the blueprint of how a human was constructed and operated. As the new sciences of Behavioral Genetics, Evolutionary Psychology and Neurobiology evolved, it was shown that our genes were only part of our behaviors and traits and that epigenetic drivers from our environment not only changed genetic expression but also contributed to behaviors.

How does epigenetics affect our daily life?

Drivers of epigenetic influences include: diet, life experiences, beliefs, perceptions, chemicals, medicines, etc. These drivers and others greatly affect how we live our lives. For example, our life experiences that we had when we were very young shaped our personality for the rest of our life.

How big of a role do diet and environment play in epigenetics?

Diet is a significant epigenetic driver. What we eat, [quality and quantity], greatly affect our physical and mental health. About one-third of the US population is considered obese, and when added to the overweight[ according to the MBI index], the US population is 66% over overweight and/or obese. Obesity leads to diabetes, heart disease depression and poor quality of life, etc.
Obesity genes were lifesavers for our prehistoric ancestors who had to gorge on limited resources to survive. Those same genes are still with us today but our environment has greatly changed. Being just overweight is also a threat to our health and well-being. It is well-known, that diets don’t work for most. Presently, the most practical means of weight reduction is by epigenetic therapies that can change obesity genes expression.

How long does it take for environmental factors to alter someone’s epigenome?

Epigenetic drivers, such as a belief or perception can come almost instantly. For example, a belief that a pill will change your biology and make you feel better works about 30 to 40% of the time even though it unknowingly was was an inert placebo. In fact, a benchmark for the FDA to approve new drugs is that they must be more effective than a placebo.

All environment drivers have epigenetic effects on our behaviors. Whether they are positive or negative, depends on the situation. For example, our beliefs and perception can be healthy or unhealthy, such as: being cooperative or competitive.

Does epigenetics play a role in our mental health as well as physical?

The National Alliance on Mental illness (NAMI), defines mental illness as a condition that impacts a person’s thinking, feeling or mood and may affect his or her ability to relate to others and function on a daily basis.

According to the World Health Organization [WHO] “Rare is the family that will not have an experience with mental illness. One person in four will have a mental disorder at some stage of their life.”
Epigenetics is presently a very active area of research in biomedicine and mental illness, such as depression. Currently, most work on epigenetic therapy for mental illness is focused on the design and development of drugs targeting DNA methylation and inhibiting certain enzymes. There is increasing evidence that epigenetics plays a key role in various aspects of normal behavior and in the pathogenesis of virtually every type of mental illness.
In addition, there are certain therapies not drug-related such as meditation and mindfulness, using the mind-body connection in order to support drugs, for such as; depression and anxiety.

What does the future of epigenome therapy look like?

The Natural Institutes of Health granted $180 million to further study epigenetics. They believe that epidemics will greatly enhance human health and behaviors. Currently, most large universities have a department of epigenetics as well as major hospitals. The science of epigenetics currently is increasingly used to fight certain diseases such as cancer and mental illness. It is just in its initial phases in regards to behavioral changes, but the hope is that with these therapies we can redesign our undesirable behaviors.