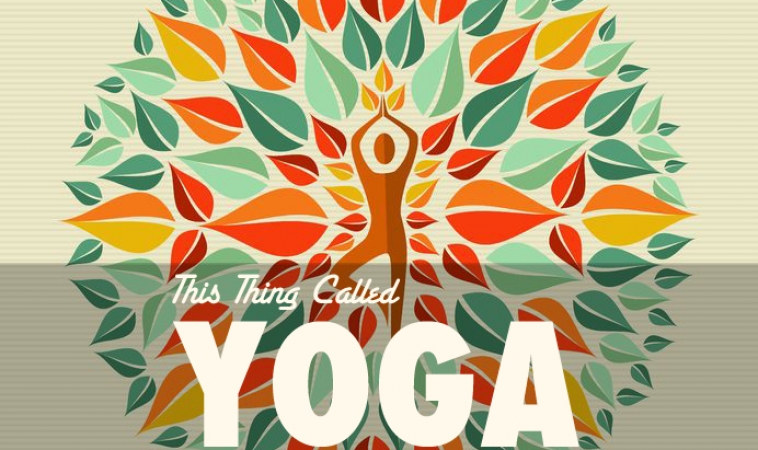 Ask everyone in the U.S. who practices yoga and you’ll get LOT of different answers, probably as many answers as there are practitioners which would put the number at over 20 million according to the 2012 Yoga in America study done on behalf of Yoga Journal magazine.

Based on my personal observations of peers, both students and teachers, collected over countless yoga classes spanning decades and several dozens of geographical locations, a majority of yoga practitioners define yoga simply as a form of exercise. To these people, and I include myself among them, yoga equals a way to get or stay flexible, strong, healthy or thin (often all of the above).

At the other end of the spectrum there are those, and I include myself among them too, who define yoga as a spiritual practice, a philosophical path for personal growth and transformation. This is the essence of what makes practicing yoga so unique and potentially profound – that it exists in both realms, physical and spirit.

Any discussion of the physical aspect of yoga demands up-front the acknowledgement that the physical postures themselves are the tip of the iceberg. In Patanjali’s Yoga Sturas, yoga’s definitive text, out of 196 sutras (a sutra is a thread, similar to the aphorisms of the Organon of Medicine in homeopathy), exactly three of them address yoga postures exclusively. What a surprise for us in the West whose only exposure to yoga has most likely been through fitness. It’s certainly understandable (and forgivable) then that so many of us define yoga in this way since that’s how it’s been sold to us, literally.

The Sanskrit word asana is used to denote the physical postures of yoga. Asana is derived from the root as which means to be present, or to sit. The traditional purpose of asana is to prepare the body to do just that – to sit comfortably, in meditation. Practiced intelligently, the physical practice of yoga will strengthen what’s weak and open what’s tight, essential pre-requisites to be able to sit comfortably in meditation for any length of time. Whether sitting in meditation is an intentional goal of practicing asana or a side effect that’s never capitalized on, that’s a choice. Is there shame in practicing asana and stopping there? Not in my book, but a funny thing about yoga is not only are there many ways to practice yoga but gradually the interest in one path will lead to another.

Like the innate tendency of all beings to move towards homeostasis – it’s a common narrative that people are drawn to yoga for the physical benefits and later down the road find themselves interested in the deeper aspects of the practice, seeking to balance asana with learning about yoga philosophy, and meditation. Although yoga’s roots are in Indian culture and thought, since yoga is not a religion its accessibility as a spiritual practice is universal. Yoga invites practitioners to engage in self-inquiry – the physical practice of moving in and out of yoga poses offers a series opportunities to cultivate attention and greater awareness, to observe without judgment, to confront habitual patterns and resistances, and ultimately to accept with compassion. If nurtured, this spiritual education changes our relationship to ourselves: we become better able to discern ego from our true nature, our higher self. This process represents an approach towards not only knowing oneself, but also has the potential to create a deeper sense of connection to a divine source within and beyond each one of us.

So let’s keep the 20 million or so definitions of yoga; the broader the definitions of yoga the more it’s inclusive. And although not every practice is suitable for every person, anyone who wants to can practice yoga; as long as you’re breathing you can do yoga.

As a yoga teacher, it is not my place to judge a student who comes to class to get in bikini-shape any more than it is to judge a student who sits in lotus pose in meditation for the duration of class. I hold space for each one, being present, without judgment, offering support where I can and receiving their efforts with gratitude – and there, without even moving a muscle, I am doing yoga. 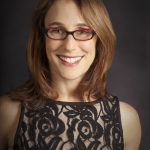 Jill Hoffman, ND, RYT 200, is a naturopathic doctor with a private practice in Philadelphia, PA, where she is also a yoga teacher. In addition to her one-on-one work with patients, Dr. Hoffman promotes naturopathic medicine through public speaking events and runs group detoxification programs at an organic spa. Dr. Hoffman is a graduate of Southwest College of Naturopathic Medicine in Arizona. Prior to receiving her naturopathic degree, she graduated with honors from Skidmore College. During her undergraduate work in French, she studied in West Africa and attended university in Paris where she first stepped on to a yoga mat over twenty years ago. Many classes later she became a certified yoga teacher through YogaWorks in Los Angeles. In addition, Dr. Hoffman has been privileged to study with gifted teachers around the world and continues to expand her knowledge of yoga in all its dimensions.

Part of Dr. Hoffman’s mission as a yoga teacher is to make yoga accessible to all, since the benefits of consistent practice offer something for everyone. She is known as an enthusiastic and challenging teacher with an emphasis on proper alignment and breath as the gateway to finding ease in postures. Mindfulness and compassion are at the heart of her teaching, and she encourages students to integrate both as part of their own daily practice, on and off the mat.

Although her roots are in rigorous physical yoga practices, in recent years Dr. Hoffman has been moving towards teaching gentler practices that emphasize relaxation and balancing. As with her naturopathic patients, Dr. Hoffman meets yoga students where they’re at: modifying to accommodate areas of restriction and expanding from there.