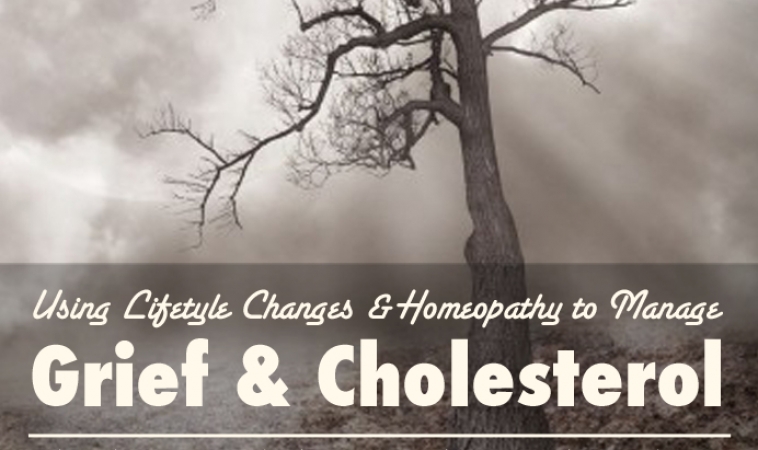 I recently had the opportunity to work with a 55-year-old female on a combination of concerns ranging from long-standing emotional grief to elevated cholesterol, low energy, sleep concerns and hypertension. The case I am about to review here is not out of the ordinary and is most likely seen in many Naturopathic Doctors’ offices on a regular basis. What is especially important to consider is how the combination of naturopathic approaches, including lifestyle modifications, homeopathic remedies and counseling can support the transition to an optimal state of well-being. What it takes is a motivated and receptive patient, a supportive and knowledgeable clinician and a tool box that can be personalized to fit an individual’s needs.

Stephanie (not her real name) came to my office last year because of an intense fatigue that had been going on for several years. She no longer had the motivation nor the energy to garden, go for long walks or simply walk up and down her stairs multiple times per day as she used to in the past. After a thorough interview, I learned that Stephanie has two daughters, both of whom she had always been extremely close to as they were growing up. The younger daughter eventually married, had four children and moved right down the road from Stephanie but soon cut off all ties. Stephanie had lived with heart-filled grief for several years knowing that her daughter and four grandchildren were literally just a block up the road yet she did not the opportunity to develop a relationship with them. It was soon afterwards that Stephanie began to gain weight, her cholesterol levels rose and her energy plummeted. She was grief stricken and physically ill.

A daily routine for Stephanie included her part time job in an office building doing work she greatly enjoyed. She had been married to the man of her dreams for several decades and her life from the outside seemed quite ideal. Meals included gluten free menus cooked by her husband who had been diagnosed with Celiac disease several years ago. Most meals centered around vegetables and protein with occasional servings of carbohydrates such as rice and potatoes. Stephanie enjoyed one to two alcoholic beverages most nights per week. Other symptoms Stephanie noted were problems with sleep and an early menopause initiated by hysterectomy in her early 30’s.

After spending an hour and a half with Stephanie it became clear that one of the major issues we had to address, prior to focusing in on the metabolic syndrome picture that had emerged, was the deep-seated grief she was feeling related to her and her daughter’s severed relationship. Homeopathic Ignatia was the remedy that fit most closely with the grief she was experiencing. Ignatia, although used for a variety of reasons, is commonly called upon in cases where grief is prolonged and the person experiencing the grief seems “stuck” and unable to move forward; it’s a grief which is deep and debilitating both mentally and physically. I have seen Ignatia be successful in multiple cases. One case involved a woman experiencing grief inhibiting her movement forward in life after more than a year from the death of her husband. A second involved a young woman experiencing grief and loss after a bad breakup from her boyfriend. Although she knew the breakup was a necessary step, the loss she experienced led to depression, daily episodes of crying and feelings of helplessness. Her relationships, career and health were suffering. For both of these women the remedy Ignatia produced dramatic results within just a few short weeks. Both women, separately, noted their experience with Ignatia very similarly: although they both still felt the emotion of sadness from their loss, they had both experienced new found energy, motivation and something akin to once again being able to see “the light at the end of the tunnel”.

Stephanie’s results were very similar. She came back to my office 1 month after we started treatment (the rest of treatment recommendations will be explained in the next paragraph). She described her results with Igantia as being “a miracle”. She no longer was experiencing emotional and physical set backs when thinking of her daughter or seeing pictures of her grandchildren. Instead, she was able to process the information without becoming emotionally overwhelmed and throwing her off of her foundation. She noted, “I have no idea how it (Ignatia) did it, but it was a miracle”. Her sleep had also improved and, although she still had occasional dreams about her daughter, she felt that she was able to process the information and move forward without the detrimental effects to her psyche and health.

To address the physical components of her health, including hypertension, high cholesterol and elevated homocysteine levels along with physical symptoms including low energy, high BMI and joint/muscle pain concerns we developed a personalized lifestyle medicine approach specific for her ability to implement and sustain the program as well as its known effectiveness for these particular health issues. The program included a Mediterranean dietary focus approach with regularly spaced meals throughout the day, a reduction in processed and simple carbohydrate foods, improved hydration and a repletion of micronutrients, necessary vitamins, essential fatty acids, plant sterols and herbal support for blood pressure.   We also increased Stephanie’s exercise as she was able to tolerate it and gave her access to our support via email whenever she had questions. When Stephanie followed up at the 1 month mark, when she noted her emotional improvement from the Ignatia, we also found that she had experienced multiple other benefits from a physical standpoint. Stephanie’s sleep was better, inflammation in her joints and muscles had improved, her energy had increased tremendously, fatigue was no longer an issue and she had lost eight pounds without following a calorically restrictive diet but rather by implementing a life-long healthful eating approach!

Over the next few months we have continued to focus on optimizing health and wellness through lifestyle modifications and supportive education. Stephanie has continued to improve overall losing a total of eighteen pounds in five months, dropping her blood pressure from 140/100 range to 130/80 range. Interestingly enough, although her cholesterol levels have dropped tremendously on her most recent blood work, her hemoglobin A1C, a measure of blood sugar control over an extended period of time, had risen from 5.9% to 6.1%! I was stumped upon seeing these other improvements while noting a seemingly paradoxical effect on blood sugar. I spoke with Stephanie about this who noted that her primary care doctor had recently placed her on simvastatin. This was key as recent studies have indicated that statins may increase blood glucose and hemoglobin A1C levels.1

Stephanie and I discussed this and she will be working closely with myself and her primary care doctor to wean off of the statins while continuing to focus in on optimizing her lifestyle modifications. We will continue to keep a close eye on her metabolic syndrome picture, particularly her cholesterol levels along with subparticle testing to understand what the best combination for her health is from a naturopathic, homeopathic, lifestyle and conventional medicine standpoint.

I am often amazed at the changes that can occur through simple interventions aimed at the root of the problem. Stephanie’s case was a comprehensive example of what can happen when the right tools at the right time are recommended and implemented. The chance to use and the knowledge on how to use a wide variety of tools from the naturopathic medicine toolbox gives the best option for creating a personalized program for those seeking to thrive today and into the future. 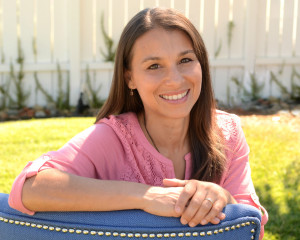