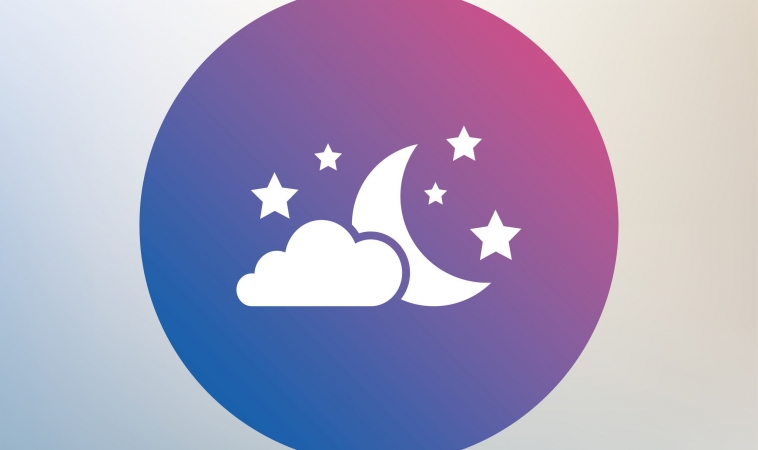 Sleep plays an essential role in our well-being, though we often take it for granted. We might tell ourselves that we need more time for ourselves at night. Time alone or with a partner; maybe after the kids have gone to sleep, or if there’s a show you’re binge-watching on Netflix. It’s so easy to fall into the trap of pushing bed time further and further.

We know that we need sleep. We are programmed with a circadian rhythm, controlled within the hypothalamus in the brain. Signals that influence this oscillation include light exposure, cortisol, and melatonin. Sleep isn’t just a recommendation, it’s a necessity. But our westernized society needs to come to terms with just how much sleep is actually required to prevent disease.

We try to get away with whatever we can. Some people find they need 9+ hours to function at their best. Others seem to get away with less, or as little as 4-5 hours per night; but that could also be due to how much we’re trying to get accomplished each day. Heavy work schedules, checking and sending emails, staying current on social media, researching, cooking meals, physical activities and exercise, cleaning, commuting, taking care of our kids or others… the day fills up faster than we’d like. So when we finally get a chance to “relax” and have down-time, it’s already later than we expected. A poll by the National Sleep Foundation revealed that we’re sleeping, on average, 2 hours less per night than we were 50 years ago1.

Apart from lifestyle and schedules, there are other conditions that can disrupt sleep such as insomnia, sleep apnea, and shift- or night-work. These are harder to control for, but several studies over the past decade are illuminating the effects of sleep deprivation associated with the above.

With an increase in sleep studies and new research, we’re learning just how crucial sleep quantity and quality is to our health. I don’t mean just feeling tired and moody, but actual changes in cellular processes in the body that have real long-term consequences. Any amount of sleep is good, but getting less than 6 hours can accelerate aging2, and increase the risk of insulin resistance and diabetes, obesity1, certain cancers, and lowers testosterone levels in men.

Mean telomere length, and the shortening thereof, is a marker of cellular aging. Shortening of telomeres has also been linked to many chronic conditions such as inflammation, smoking, obesity and chronic stress. One study found that men sleeping 5 or fewer hours per night had the shortest telomere length compared to men who were getting more than 7 hours per night, who had the longest telomere length2. A similar correlation was found in the Nurses’ Health Study of 4000 women where less than 6 hours per night correlated to shorter telomere length in those under the age of 502. This relationship might be due to the body’s perceived stress as shorter durations of sleep increases activity of the sympathetic nervous system (“fight or flight”). As well, there is an increased amount of oxidative stress when the body is sleep deprived3.

Too little or absent physical activity and an increased intake of food, specifically sugars, corn sweeteners and wheat products have greatly influenced the incidence of weight gain and obesity in our society. However, there are still many other factors in our lives that can assist in adding to our body fat percentage, or prevent weight loss. Thirty different studies originating from different areas of the industrialized world showed that the risk of obesity generally increased in those who slept for less than 6 hours per night1. There have also been 20 cross-sectional studies done in children with a similar result: shorter sleep times as a predictor of obesity1.

One of the mechanisms at work is the regulation of hormones by our sleep cycles. Sleep deprivation can lead to a decrease in serum leptin, a hormone that tells you you’re full, and decreases amounts of circulating ghrelin, a hormone that stimulates appetite3.

Increased inflammation, cravings for starchy carbohydrates and sugars paired with the oxidative stress associated with sleep deprivation all contribute to the body’s ability to keep weight on and to sustain weight gain.

Although cardiovascular diseases themselves can influence our sleep, sleep deprivation has shown to influence heart rate and blood pressure regulation4. Clinical studies have shown that sleep deprivation can also affect pathways that control inflammation, and may increase the risk of cardiovascular diseases such as coronary artery disease, hypertension and arrhythmias4,5.

One of the toughest obstacles with normal sleep regulation is being a night-worker or a shift-worker. Night- and shift-workers on average, are getting 2-4 hours of sleep less than day-workers3, putting them at an increased risk of sleep deprivation.

In a normal circadian rhythm, melatonin is released during times of darkness; That is, when daylight retires, and if we avoid bright screens. Melatonin becomes suppressed when we are either exposed to blue wavelengths of light or a higher intensity of light which interferes with our circadian rhythm.

Previous studies have shown an increased incidence of breast cancer in Caucasian female shift-workers and night-workers who have repeated circadian disruption during their career3. This could be due in part to increased estrogen synthesis when melatonin is suppressed.

In other cancer research, in vitro studies are showing that dosing melatonin in line with a normal circadian rhythm can inhibit the growth of tumors from human cancer cell lines3,6. Proper dosing and timing of melatonin are key here and could be a promising option while we further our research in this area.

Maintaining healthy sleep habits and a normal routine play a huge role in our immune systems, metabolism and weight management, as well as in chronic health outcomes. Yes, we need sleep in order to rest our bodies and because we get tired, but it is critical for proper hormonal function. There is an increasing amount of evidence building against sleeping any less than 6 hours per night. I would argue that most of us would truly feel much better with a regular sleep pattern of at least 8 hours. Not only would it help to feel more rested, but it supports our overall health and decreases the risk for certain cancers, inflammation, obesity and cardiovascular disease.