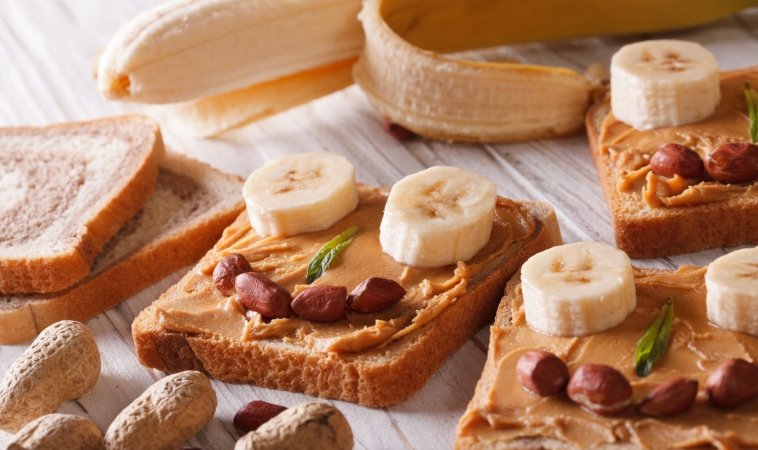 Last Thursday the National Health Institute changed their recommendations on peanut introduction. Swayed by recent research that shows early introduction and adoption of peanut into the diet dramatically reduces peanut allergy, the NHI are now recommending:

These same researchers later enrolled 640 infants who were between 4 and 11 months old and at high risk of developing a peanut allergy (severe eczema and/or egg allergy). One group was given a peanut-containing snack three times a week until age five while the other group stayed peanut free for the entire study. Five years later, the research team gave each child an oral peanut challenge. They found 17 percent of children on the peanut-free diet had developed a peanut allergy, compared to only about 3 percent of the peanut eaters. Among participants who started the study with a slight peanut sensitivity (as measured by a skin test), 35 percent of the peanut avoidance group developed a full-blown allergy, compared with just 10 percent of the peanut eaters. The study found that adding peanut-based foods to an infant’s diet reduced the risk of peanut allergy between 70 and 80 percent. (2) Additionally, no deaths during the study and no significant differences in serious adverse events between the peanut avoidance and peanut consumption group were reported.

“Our findings showed that early, sustained consumption of peanut products was associated with a substantial and significant decrease in the development of peanut allergy in high-risk infants. Conversely, peanut avoidance was associated with a greater frequency of clinical peanut allergy than was peanut consumption, which raises questions about the usefulness of deliberate avoidance of peanuts as a strategy to prevent allergy.”

Researchers in 2015 discovered a region in the human genome that seems to be associated with peanut allergy. (3) While looking for genetic components to the three top food allergens- peanuts, milk and egg, the researchers found the genes could play a role in peanut allergies.

What About Other Food Allergens?

The NHI has not announced any changes to other food allergens but the research on inducing other potential allergens looks much like the research on peanut introduction. Numerous studies have shown that introducing solids before 3-4 months can increase the risk of eczema, celiac disease, type 1 diabetes, childhood wheezing and increased body weight in childhood. (4,5,6,7,8) These and other studies have led many to adopt a, “the later the better,” approach to food introduction- particularly potential allergens. However, new research shows that delaying the introduction of certain foods (including peanuts) can actually raise the risk of allergy to that food. One study found that children first exposed to wheat between 4 and 6 months versus after 6 months had a 4-fold decreased risk of wheat allergy. (9) Another found that children who first had cooked egg at 4-6 months had the lowest incidence of egg allergy, whereas those starting egg at 10-12 months had a 6-fold increased risk of egg allergy. (10)

To add another piece to the puzzle an interesting study from April of 2016 showed the delay of solids increased the risk of the most common childhood cancer, Acute Lymphoblastic Leukemia. [11] Researchers suggested that the increased risk of cancer was a result of not exposing the immune system to food and leaving the immune system uneducated.

Food Allergies and The Immune System

At around 6 months the gastrointestinal tract changes from a semi-permeable membrane to a lining with more integrity and less permeability. Babies are born with digestive tracts that are slightly permeable to microscopic particles of food that can be absorbed into the bloodstream and promote an allergic reaction or inflammation. This is similar to leaky gut or intestinal permeability that we see in older children and adults, but the intestinal permeability in infants serves a purpose. The microscopic openings in the gut allow immunoglobulins and other immune stimulating molecules from breast milk to enter into baby’s circulation. As the infant gut matures it becomes less permeable and secretes more mucin, both of which help ensure a healthy digestive lining. It also seems that introducing foods in this time when the lining is permeable but on its way to maturity reduces the risk of allergies.

When microscopic food particles are absorbed through the permeable intestine of an infant, the infant’s immune system responds. Our body’s immune system has many different responses to keep us healthy. There are the Th1 responses that fight infections and cancer. It is the Th2 responses that mount allergic responses or help to fight parasites. Then there are the Th3 responses that help the body recognize and tolerate antigens. Whether they be airborne or ingested allergens, our body’s Th3 responses help dampen allergic reactions and promote an environment necessary for tolerance. Tolerance is an important piece of health because it helps decrease inappropriate allergic reactions as well as autoimmune reactions. It is exactly what we want when introducing foods to baby.

Breastmilk For the Win

One of the major protective factors of immune tolerance is the presence of breast milk. Breast milk has so many immune boosting and stimulating components in it that are important for baby’s digestive, neurological and immune development and health. When combined with food introduction, breast milk seems to help increase the tolerance of food antigens or potential allergens as recent research highlights. 1140 infants in the UK were followed to see if the timing of food introduction in infants was connected with food allergies. Again, the study found that food introduced before 16 weeks increased the risk of allergy whereas introduction of solids after week 17 decreased risk of developing an allergic disease. [17] The study also highlighted the importance of the presence of breast milk when food is introduced because it helps promote the tolerance immune response that we want during food introduction. Recent research also shows us that introducing gluten while breastfeeding reduces the risk of celiac disease by 52%. [18] It is easy to get caught up in the excitement and turn the exploration of solids into mini meal sessions as breastfeeding fades into the sunset. But it turns out that breastmilk is too important for overall health to let fade away. For the first year baby should, if possible, be breastfed as the main source of nutrition. This helps promote immune tolerance, trains the immune system and promotes digestive tract health.

The new guidelines about introducing peanuts from NHI highlight a distinct departure from the old advice of delaying potential food allergen introduction. This new research echoes other studies illustrating the importance of exposing baby to germs to let the immune system properly develop. The immature immune systems of infants need the education that new foods bring. Food informs, guides and educates our immune system, our digestive system and our DNA. It is important to have a balance. Our babies are born into this world and need to be introduced and fully enveloped by this world. They need contact with dirt and animals and food. Introducing foods to our babies should be gradual with plenty of rotation. Introducing a food and then having it become a daily fixture of babies diet is not the best method. They need to be exposed to a variety of foods and spices regularly. The research is clear that breastmilk is the best source of nutrition for infants and should be part of introducing solids. Food introduction needn’t be about nourishment. A little bit of food as a gentle introduction to the world will help prime their immune system and is a great way to bond with baby as well. 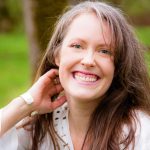 Catherine Clinton ND, is a graduate of the National College of Natural Medicine (NCNM) in Portland, Oregon. She is a board licensed naturopathic doctor currently practicing at her private clinic in Eugene, Oregon.
Dr. Clinton is a speaker on integrative medicine and gut health and has authored several publications in those areas. She is founder of WellFuture, a line of nutritional supplements for infants and children that uses organic, whole food ingredients and the greenest, bioavailable nutrients.
When in medical school Catherine was diagnosed with an autoimmune disease that effects the gastrointestinal tract, leaving her with a special interest in autoimmune diseases and gastrointestinal conditions. Accessing how the multiple systems of the body are working together is a vital piece of Dr. Clinton’s practice. With a practice focused on gastrointestinal and immune health Dr. Clinton utilizes the latest in functional medicine combined with nutrition, herbal medicine and lifestyle interventions to treat a variety of digestive complaints, autoimmune diseases and pediatric conditions.
With the birth of her own children Dr. Clinton became passionate about the prevention of these chronic diseases and conditions by addressing the immune systems and gastrointestinal health of our children. Catherine is deeply committed to the optimal health of babies, children and families everywhere and loves to interact with her readers through her blog and social media. Her blog can be found at  www.wellfuture.com/blogs/news