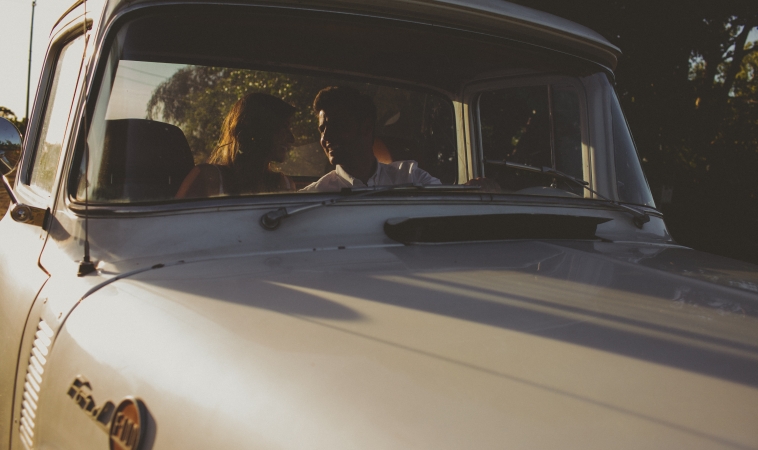 Crack open your heart and let the love in

If you’ve ever felt vulnerable in a relationship, you’re certainly not alone. It isn’t exactly the easiest thing to share our innermost selves with our partners. Opening up to someone else can be scary. What if someone finds out who we really are…and rejects us?

There are countless people who’d rather just shut down completely than face sharing their most intimate feelings with a partner. Did you know, however, that vulnerability could actually help strengthen our relationships? And that oxytocin could play a significant part in helping mediate the vulnerability we feel?

What is Oxytocin and What Does it Do?

Oxytocin is a hormone secreted by the pituitary gland, a pea-sized structure located below the hypothalamus in the brain. Because it’s released during hugging, social bonding, and orgasm, oxytocin is often referred to as the “love hormone.” It’s known to enhance a person’s sense of optimism, happiness, trust, self-esteem, mastery and plays a large role in several aspects of human experience.

Not only is it released during moments of intimacy and sexual arousal, but it is also largely responsible for stimulating contractions during labor and is largely associated with mother-child bonding during infancy. Breastfeeding, orgasm, and long embraces all release oxytocin.

Something else oxytocin may be responsible for? Trying to “fix” a troubled relationship during moments of vulnerability. In a 2017 study  published in the journal Hormones and Behavior, researchers found that levels of oxytocin increase when a person feels vulnerable in their romantic relationship.

The Role of Oxytocin in Vulnerable Romantic Relationships

For the study, they tested two separate groups. One group contained 148 couples from Norway involved in a romantic relationship, while the other group included 75 couples from the US.

Not surprisingly, they found that couples who felt a strong relationship involvement across multiple dimensions of their relationship had increased oxytocin levels.

They also found, however, that oxytocin levels increased in participants who felt less involvement from their partner in a relationship. Could vulnerability then, be mediated by oxytocin? And what does this mean for romantic relationships?

It’s no secret that relationships can be scary. Falling in love and revealing our innermost selves to another can be terrifying. Being vulnerable, however, could actually be the key to a more successful relationship.

According to Dr. Brene Brown, research professor at the University of Houston Graduate College of Social Work, who has studied vulnerability for decades, considers vulnerability a strength that can make relationships more fulfilling. According to Brown, “When we shut ourselves off from vulnerability, we distance ourselves from the experiences that bring purpose and meaning to our lives.”

Brown defines vulnerability as uncertainty, risk, and emotional exposure. She also indicates that being vulnerable and risking putting ourselves out there means there’s also a bigger risk of getting hurt. The only way to avoid this risk of being vulnerable, she contends, is to be open with your partner by asking for help, having the courage to stand up for yourself, sharing unpopular opinions with your partner, and having faith in both yourself and your partner.

When researchers examined oxytocin levels in both partners’ involvement, they found that partners who were more invested in the relationship released more oxytocin when they thought about their relationship than the less invested partner. When both partners were examined together, the variance in the investment led to an increase of oxytocin.

Andreas Aarseth Kristoffersen, a research assistant of the study, notes, “It seems contradictory that you would release more oxytocin both when things are going well and when they’re not, but that’s how it is.”

Kristoffersen speculates, “this may be because people in a relationship where their partner is waffling need to engage more.”

Oxytocin, then, could act as a motivator of sorts to strengthen the relationship bond.

According to Professor Steven W. Gangestad, advisor to Nicholas Grebe, PhD (the study’s first author), “Oxytocin might promote attention and motivation toward the relationship when it was both important and threatened.”

Gangestad goes on to add, “What’s implied here is a statement about what oxytocin is doing: It’s perhaps fostering attention to and motivation to ‘take care of’ the relationship.”

Can increased oxytocin during feelings of vulnerability help “save” a relationship that’s headed for a breakup? Authors of the study don’t think so. They found instead that among the couples that were seriously headed in the direction of breaking up, the more invested partner did not show a significant increase of oxytocin levels.

Authors of the study refer to their novel hypothesis and “identify and invest,” meaning that the brainidentifiesvulnerability in a relationship, theninvestsin trying to strengthen it.

Perhaps the most important relationship in which you should be vulnerable is your relationship with yourself. It is sometimes easier to look away from a difficult circumstance than to look it squarely in the face..especially when that face is your own. We often dress it up in armor, claiming “badassery” or aloofness when underneath is very tender or even afraid.  Being a “badass” is great if coming from a true place of empowerment and self worth, but not if the underlying sentiment is actually rooted in feeling a victim. Being vulnerable with yourself is being honest to yourself and those around you coming from a place of love.

Some questions I ask myself:

Being Open to Your Vulnerability

Allowing ourselves to be vulnerable in our most intimate relationships (even when it’s really, really scary) can ultimately lead to the relationship we truly desire. According to Brown, “We are actually drawn to people who are real and down-to-earth. We love authenticity and we know that life is messy and imperfect.”

Let increased oxytocin be your motivation to step into your courage to live authentically with your partner…rather than live in fear about what might happen if you let someone see you for who you truly are.

Join me at my Facebook group  Love is Medicine to explore more ways that our relationship with ourselves, each other, and the world around us affect our psychology, physiology, biology and consciousness.

Photo by Josh Felise on Unsplash