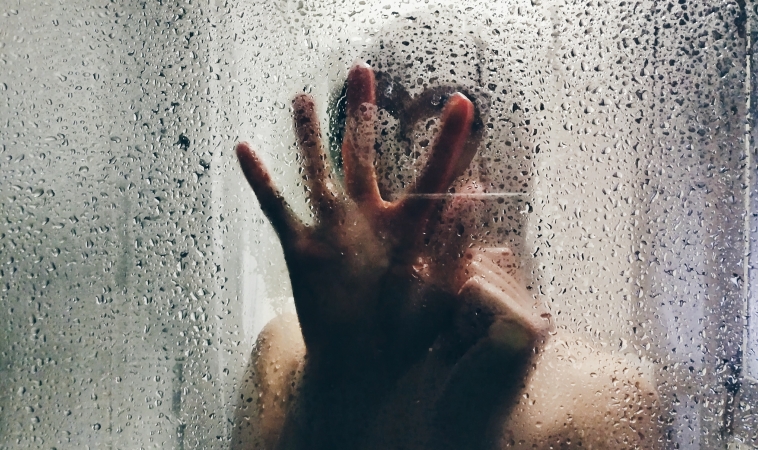 “Lovesick” is a very real thing, and I was

I remember late night walking down the long narrow hall to the laundry room. Walking past pizza boxes in the flickering light to cash in dollars for quarters to feed the payphone in the hall of my college dorm. I was thousands of miles away from the desert, in a small private college in Denver, trying to get used to the cold climate and the chill in my heart after a dual separation from the only city I’d ever known, and my first love. Teary conversations rushed by long distance call time limits as we clung to hold on to a fading first love as new beginnings raced toward us. It was bittersweet, and painful.

Unless you’re married or partnered with your first love (hello all you high school sweethearts), there’s a pretty big chance you’ve experienced a breakup, or two, throughout the course of your life.

Some breakups are easy. You both walk away unscathed and go about your lives. Sure, it might tug on the heart strings a little for a few days, but after that it’s life per norm.

Then there are the “other” breakups. The heartbreaking, gut-wrenching, can’t sleep, can’t eat, can’t concentrate, all-I-want-to-do-is-sleep breakups. “Lovesick” is a very real thing, and while the term “lovesickness” is rarely used in the psychological or medical communities, some doctors and researchers have compared lovesick symptoms to those of chronic fatigue and depression.

Could Cytokines Be the Reason Some Breakups are Harder than Others?

Have you ever stopped to think why some breakups make you feel like the world is ending and others don’t make you think twice? Don’t forget that the mind and body are intricately connected. If you’ve experienced lovesickness for yourself, there’s a good chance it was caused by a certain physiological change within your body known as cytokine activation.

What are Cytokines and What Do They Have to do with Falling in Love and Breaking Up?

Cytokines are proteins produced by cells and can be thought of as molecular messengers. The main functions of cytokines are to normalize the body’s response to infection and disease while facilitating normal cellular processes within the body.

The hormones and cytokines released during the release of pheromones and in the early stages of bonding and attraction (think of when you’re “falling in love” with someone you’re “really attracted to”) are believed to be the same as those involved with the activation of interleukin-1 (IL-1), a type of cytokine that regulates immune and inflammation response to stress or diseased, damaged, or infected cells.

The activation of IL-1 in combination with excessive corticotrophin-releasing hormone (CRH) is thought to be the cause for many of the characteristics found in major depression, especially when chronic fatigue and the physical symptoms associated with it are also present. Excessive CRH activity takes place in the hypothalamus, which is part of the limbic system of the brain.

When we fall in love, the hypothalamus produces a neurotransmitter known as phenylethylamine, which has similar effects to amphetamines. This is why when we meet someone we really connect with, it feels like we’re on top of the world. Could excessive CRH activity in the hypothalamus combined with IL-1 activation during the release of pheromones during bonding and attraction be the reason why some breakups hurt more than others?

Medvei notes in his study that John Money of John Hopkin’s University Baltimore, who specializes in “love” and love-sickness”, says that pair bonding is known in many species and creates a strong and long-lasting attachment between two individuals. According to Money, humans often equate pair bonding with loving.

In lower mammals it’s postulated that the nose may be the primary organ of pair bonding, with an odor or pheromone as the attractant. Pheromones also exist in man, however, in primates. Visual image is believed to be more of an attractant.

Above all, the greatest success of pair bonding between two people seems to be those who make a good match in the first place. In Medvei’s study he mentions, “If one looks at unrequited love, or even at lovers who are newly in love and not sure of their condition, it can be similar to the state of fluctuating depression, especially as a consequence of mismatched pairing.”

IL-1 is one of the most important messengers of immune system information to the central nervous system, and it’s this cytokine that can promote increased CRH secretion in the hypothalamus. IL-1 plays a suspect role in depressive disorders, as well in the stimulation of CRH secreting neurons.

In the study, it’s suggested that all organic mood disorders are ultimately conditions of disordered mood, which can occur in love sickness. In this case, they take on the same symptoms of chronic fatigue with feelings of extreme exhaustion, sleep disturbances, mood changes, and difficulty concentrating. Medvei believes that if this is indeed an acceptable idea, then cytokine activation may be involved in the cause of the symptoms that ultimately lead to depression and fatigue.

Medvei suggests that this increased cytokine activation could have a lot to do with causing the syndrome leading to exhaustion, weariness, and fatigue. Here’s the thing, though; He also believes that people who aren’t in love, and have a love affair, don’t feel distraught. Without increased cytokine activation and excessive CRH activity that happens when someone “falls in love” there’s no lovesickness to be had. No disappointment. No depression. No chronic fatigue.

Remember, some breakups are easy. Others, not so much.

If you’ve ever experienced the lovesick blues and could barely muster the energy to get out of bed, there’s a very likely chance that increased cytokine activity is to blame. It’s not you or how you’re “dealing” with the breakup, but rather a very real physiological response that occurs when some people fall in love.

A  2017 study  highlighted the fact that cytokine disturbances have been suggested to be associated with Chronic Fatigue Syndrome (CFS) for decades. Some of the symptoms of CFS include lack of energy, lack of focus or concentration, headaches, poor sleep, and extreme exhaustion…which are all strikingly similar to the symptoms lovesick individuals tend to feel.

If a heartbreak has ever made you feel physically ill, here’s some food for thought. In a2007 study, it was noted that when cytokines are released into circulation (which they are at an increased rate when a person falls for someone else) that systematic symptom such as fever, hypertension, nausea, and increased heart rate can all take place. If you’ve experienced a breakup that has literally made you want to throw up, this is likely the reason why.

Breaking Up is Hard to Do…Especially When Cytokines are Involved

There’s no doubt that some breakups can make you feel like your entire world is ending. Then there are the easy breezy breakups that don’t make you bat an eye. When two people are attracted to one another and fall quickly in love there’s much more involved than simply what’s going on in your heart and head.

The body, mind, and emotions are connected more than we could ever begin to imagine. Falling in love is much more than butterflies in your tummy and pitter patters in your heart. While you may have never even heard of cytokines before, now you know that they play an integral physiological role when falling in (and out) of love.

Interested in learning more about the physiological aspects of love and how they relate to the way we experience our closest relationships? Please join us at Love is Medicine , where we discuss topics just like this and more each and every day.

Photo by Skyler King on Unsplash