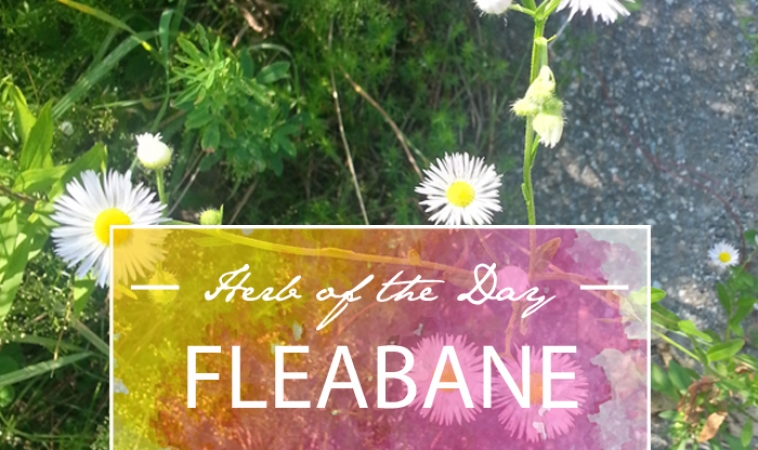 Eastern Daisy Fleabane (Erigeron annuus) is a member of the Asteraceae family, which unfortunately for identification purposes, contains a lot of flowers that look like daisies. But, once you get into identification a bit more, you start to notice differences more easily. Although this one looks like a common daisy, it is quite a bit smaller and has very narrow ray flowers. It also has hairy leaves and stems.

Medicinally, all parts of the plant are used, but the leaves and flowers are most active. The plant should be collected when the flowers are in bloom. An alcohol and water tincture extracts the medicinal phytochemical compounds better than a tea, which loses the oil soluble compounds that are the most active. It is also a diuretic and astringent plant useful in diarrhea and edema. But, if it is made into an infused oil, it can can be used to stop uterine, pulmonary and other hemorrhages.

Fleabane is also made into an essential oil. In general, consumption is discouraged in all essential oils, but if the product is truly just the essential oil of the plant, without additive chemicals, it could be diluted in a carrier oil and used internally in these acute situations. I advise anyone who isn’t thoroughly versed in essential oils and how to appropriately use them, to not try this method. And learning about essential oils from any multi-level marketing company is not adequate education.

Relatively speaking, the Erigeron annuus species had more published research than some of the other plants that I have studied recently. Some of them used methanol (wood alcohol) extracts, which would never be used by an herbalist. Others used essential oils. Obviously more research in whole plant extracts and essential oils would be most beneficial to humanity because we could then make the medicines ourselves, but all science at least points us in the right direction.