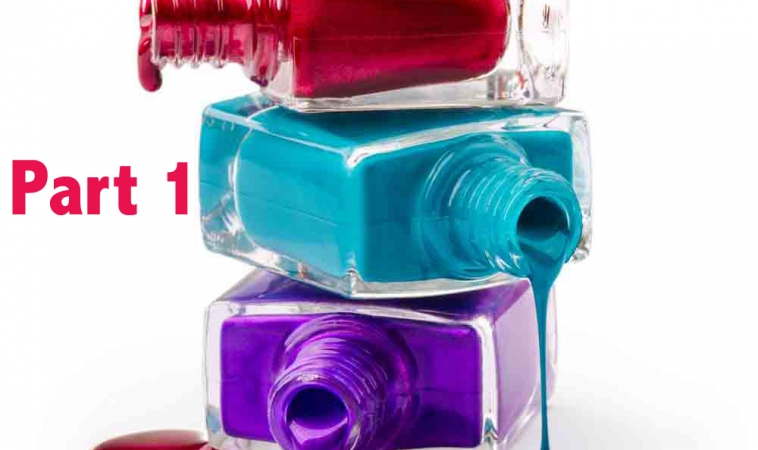 Our World of Toxic Soup

It’s a fact. We are navigating in a world of chemicals which are so prevalent in the environment that no one can get away from them!  Every day, everywhere people are being exposed to these toxins from the foods they eat, the water they drink, the air they breathe, the environments they live in, and the products they use. Furthermore, as time progresses more research is being released that makes it impossible to ignore how these substances can cause detrimental health effects.

Currently, the CDC has several divisions responsible for overseeing the chemicals in our environment. A branch of the CDC’s (Center for Disease Control and Prevention) National Center for Environmental Health (NCEH), the Health Studies Branch, studies, investigates, and researches the extent of exposure and risks associated with them on humans. They also communicate and coordinate with various other branches of the CDC about potential adverse health effects that can result from these man-made environmental elements.1

The CDC’s Division of Laboratory Sciences oversees the National Biomonitoring Program (NBP) which determines, measures, and tracks the environmental chemicals and their levels in humans. The NBP is also responsible for assessing the nutritional status of the U.S. population. Currently, over 300 environmental chemicals or their metabolites and nutrients are being followed in human samples (e.g. urine, blood, serum, breast milk, and meconium).2 The NMP provides information on human health effects, national surveillance data, and additional learning resources for each chemical and chemical group being studied on the CDC website: http://www.cdc.gov/biomonitoring/chemical_factsheets.html3

In 2009, the CDC issued a fourth report on human exposure from nationally representative samples for 1999-2004. The blood and urine samples reported on were collected from participants in CDC’s National Health and Nutrition Examination Survey (NHANES), which had obtained and released health-related data in two year cycles since 1999. This 529 page “summary” showed that the average volunteer of this study had over 200 chemicals in their bodies, 75 of which had never been seen in prior studies!4

Since this report’s release, the CDC has issued several updated tables which lists new chemicals that are being monitored as potential harmful or toxic substances. For example, in March 2013 two fungicide metabolites, four organophosphorus insecticides or metabolites, two anions (thiocyanate and nitrate), phthalate metabolites, phytoestrogens and metabolites, and polycyclic aromatic hydrocarbon metabolites were added to updated tables on their site for differing survey periods of 2005-2006,2007-2008, and 2009-2010.5-6

However, the updated tables were withdrawn in August 8, 2014 after the NHANES alerted the CDC of an error in sampling weights in selected data files for 2011-2012. This means that the latest table for August 2014 includes only data from NHANES 2011-2012 that was not affected by the sampling weight error, making the current extent of tracked exposures incomplete until the reanalysis is done.

Still, the current amount of new chemicals is overwhelming. According to the CDC’s Fourth National Report on Human Exposure to Environmental Chemicals, August 2014 Updated Table:

The Environmental Working Group (EWG) has researched and sought out reform of the nation’s chemical policies due to the safety concerns of so many exposures. The EWG has continually aimed to inform the public of risks that aren’t mandated by the nation’s chemical regulatory law enacted in 1976, The Toxic Substances Control Act (TSCA).

The research done by the EWG has identified a greater extent of exposure than the CDC reported in their 2009 report. The EWG has cited that 493 chemicals are present in Americans of all ages.7 Furthermore, there “2004 Body Burden Report” revealed 287 industrial chemical pollutants found in the cord blood from a sample of 10 babies. Amongst them were pesticides, consumer product ingredients, and wastes from burning coal, gasoline, and garbage. According to EWG report:

Of the 287 chemicals we detected in umbilical cord blood, we know that 180 cause cancer in humans or animals, 217 are toxic to the brain and nervous system, and 208 cause birth defects or abnormal development in animal tests. The dangers of pre- or post-natal exposure to this complex mixture of carcinogens, developmental toxins and neurotoxins have never been studied.8

Recently, four new chemicals, amongst 243, have been added to the U.S. Department of Health and Human Services Thirteenth Report on Carcinogens, as prepared by the National Toxicology Program (NTP).9 One of the chemicals, ortho-Toluidine, was reclassified from an anticipated carcinogen in previous reports to a known carcinogen in the 13th Report. Ortho-Toluidine is used to make rubber chemicals, pesticides, dyes, medical and consumer products, and is also found in tobacco smoke. The other three chemicals are anticipated carcinogens and include: pentachlorophenol and its byproducts (found in wood preservative and utility pools); cumene (found in fuel products and tobacco smoke and used for acetone and phenol production); and 1-Bromopropane (found in cleaning solvents and adhesions).

There is too much information on the damaging effects of chemicals now available to allow for the consumer to turn blind eye to our toxic world and its effects. This is especially true due to the fact that these damaging effects can occur prior to birth. In fact, a recent study correlated the levels of maternal urinary BPA concentrations, a chemical found in plastics, to an increased risk of wheezing and decreased lung function at 4 years of age of the child. This was measured by forced expiratory volume in the first second of expiration (FEV1) during the first 5 years of life. Interestingly, wheezing and FEV1 was not associated with levels of BPA in urine in the children,10 supporting how exposure to this chemical during time of development may be a crucial window of negative impact over postnatal exposure.10-12

All this information on the toxicity of our world could make one feel hopeless and helpless. However, the good news is that with this information, we can make wiser choices to avoid toxins or support our bodies in dealing with them with unavoidable exposure.

One example for decreasing exposure is to cut down on the amount of pesticides we consume on the foods we eat. A good resource for this is the Environmental Working Group’s (EWG) Shopper’s Guide to Pesticides in Produce.21

Other supporting actions include incorporating liver supporting herbals, spices, and nutrients, nutraceuticals and essential oils for supporting our organs of elimination, decreasing stress, and so much more.

In part II, I’ll give more specific suggestions in dealing with toxicity in our world using an integrative and individualized approach (AKA Naturopathic).

SARAH LOBISCO, ND, is a graduate of the University of Bridgeport’s College of Naturopathic Medicine (UBCNM). She is licensed in Vermont as a naturopathic doctor and holds a Bachelor of Psychology from State University of New York at Geneseo.  Dr. LoBisco speaks professionally on integrative medical topics, has several journal publications, and is a candidate for postdoctoral certification in functional medicine. She currently has a private integrative medicine consulting practice located in Ballston Spa, New York, where she incorporates her training in holistic medical practices with conventional medicine.

Note: Her book BreakFree Medicine is due to be released by early next year.