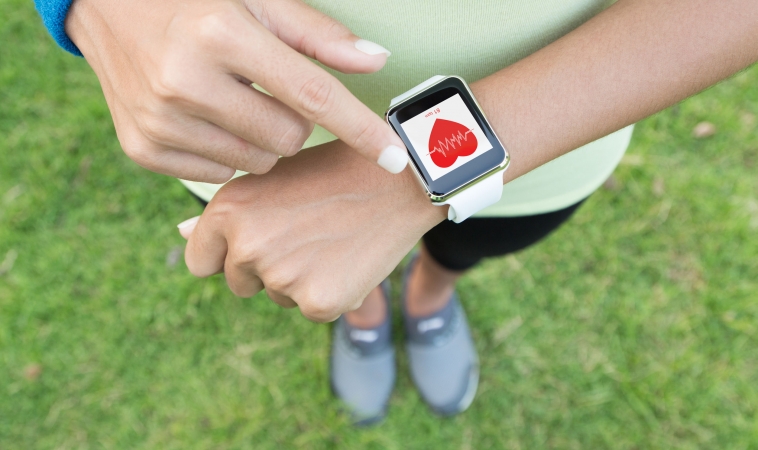 With the holidays approaching, are you ogling the latest “techno-gadget” on the market for your friends and family? As any technophile knows, there is an amazing array of wearable technologies available – Fitbit to track your mileage, smartphone watches, Google Glass, Recon Jet (smartphone eyewear for athletes), virtual imaging eyewear (Optinvent’s ORA) even sophisticated smartphone jewelry from Ringly. The potential for the wearable smartphone device market is tremendous, with the expected sales to quadruple globally by 2017, up from 27 million in 2014.1 The smartphone technology has expanded with the potential to fill our homes with new devices: smart appliances, smart hubs, smart meters – which records consumption of electrical energy in the home, and even some baby monitors which use WiFi. Wireless technology is recent, but there is a generation now exposed to the radiation emitted from these devices starting from birth, or even while in the womb. We don’t fully understand the implications of this.

But have we traded convenience for safety? Exposure to electromagnetic fields including extremely low frequency (ELF) fields which have frequencies as low as 30 Hz, and radiofrequency (RF) radiation with frequencies up to 300 GHz have been linked to a wide range of harmful health effects2. RF is non-ionizing radiation emitted by all wireless electronic devices, such as TV, radar, WiFi, cell phones and Bluetooth.

It is important to look at both frequency and power as well as how the signal is transmitted by a device, which have varying effects on the human body. Bluetooth operates at frequencies around 2.4 GHz at a maximum power of 100 mWatts. While cell phones also operate around a frequency level of 2.4 GHz, they operate at a much higher power, up to 3 Watts. The radiation dose received is a function of power, time, and distance, and so wearables have the potential to expose you to more radiation than a similar device that is not attached to your body.

Some wearables such as fitness trackers, smartphone watches, and wearable jewelry operate on Bluetooth or have an option for Bluetooth, others operate at powers similar to that of cell phones. There is evidence that the radiation emitted from both may be harmful.

The seriousness of the problem has become apparent in the united efforts of 190 scientists from 39 nations who have signed the International EMF Scientist Appeal4. These scientists have collectively published over 2000 peer-reviewed papers on the health and biological effects of ELF and RF radiation. The International EMF Scientist Appealis a call for action for the WHO, United Nations Environmental Programme (UNEP) and the United Nations to take steps in addressing the public health crisis related to wireless transmission and the associated non-ionizing radiation, and to prompt UNEP to investigate alternatives.

The World Health Organization has recognized Electrohypersensitivity (EHS), often referred to as electromagnetic sensitivity (EMS), as an emerging condition 5. Controversial and unrecognized in many countries, it is an officially and fully recognized functional impairment in Sweden. In California, 3% of people believe they have EHS. From 5-13% of the population in Switzerland, Germany (2004) and Taiwan (2010) have symptoms of EHS 6. Symptoms vary widely in their severity, and include dizziness, nausea, difficulty concentrating, fatigue, heart palpitations, digestive disturbances, as well as skin reactions such as redness, tingling or burning sensations 5.

Studies have shown ELF and RF linked to a wide range of harmful health effects, other studies have revealed no effect or the opposite effect in some cases. An increased risk of brain tumors7 has been observed as well as reports of adverse effects on sperm motility and pathology in men who wear a cell phone or pager8. Also, a 2-hour exposure to cell phones causes increased pathological leakage of the blood-brain barrier9. People living near cell towers report insomnia. Additionally, short-term effects on memory, learning, cognition, concentration, reaction time as well as altered EEG have been reported 2. Studies have shown genotoxic effects at or below 2.4 GHz, the power at which Bluetooth functions 10.

The effects on children, including in utero, can be particularly harmful. There is a low to moderate risk of childhood leukemia with ELF exposure 11. In one study, it was found that mothers who used cell phones during pregnancy had children with behavioral problems (hyperactivity, emotional, conduct and peer problems) more than mothers who did not 12.

iPads and tablets have become the go-to “babysitter” for busy parents. It’s become so convenient to set up children with an educational app to engage them while we start dinner, take a shower, or make that important phone call. Tablets are also often used to prevent the constant complaint, “Are we there yet???” when on the road. But we may be doing more harm than good, and it looks like is could be serious.

Some doctors suggest that electronic device usage in children is affecting they way they learn to communicate and may also contribute to the rise in childhood anxiety.

I recently put my own children on a media fast, which involved taking away access to their tablets as well as eliminating all screen time. The original fast was to last 30 days. I 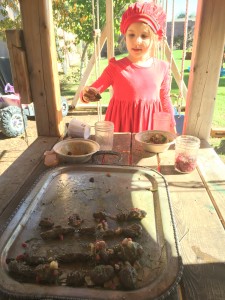 began with a weekend of camping, thinking that would help ease the transition. The three-hour drive to the campsite was a constant complaining of being bored. I was shocked! As I child I used to love to gaze out the window on road trips and let my imagination soar. We would make up games of all sorts to keep us entertained. I realized at that point how important this fast was going to be. The first two weeks of the fast were difficult for them and for me. We have now been on the fast for over three months and it has been the best thing we have ever done! My children behave better, sleep better, and have become wildly creative and imaginative. They make up elaborate games and songs. They construct forts, doll houses, and fairy 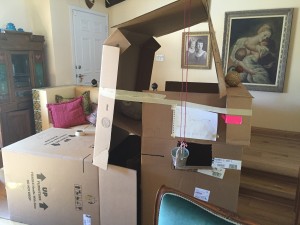 furniture out of paper and cardboard. I even catch them in what I find to be a very important pastime–daydreaming! I feel like they have reclaimed the wonder of childhood! As Albert Einstein said, “Imagination is more important than knowledge.” In this global world they live in, creativity and critical thinking skills may give them a creative edge over children whose minds are spoon fed with technology, so this imaginative and quiet time is giving them more than any educational app can provide.

So, as consumers, how do we protect ourselves? We can avoid wearables, or limit the time we wear them. Extra caution should be used with our children and their use of wearable technology. We can choose alternate technologies, such as a standard refrigerator rather than one with smart technology. We can also choose to opt out of smart meter technology13. The choice is ours.

Razi Berry, Founder and Publisher of Naturopathic Doctor News & Review (ndnr.com) and NaturalPath (thenatpath.com), has spent the last decade as a natural medicine advocate and marketing whiz. She has galvanized and supported the naturopathic community, bringing a higher quality of healthcare to millions of North Americans through her publications. Aself proclaimedhealth-food junkie and mother of two; she loves all things nature, is obsessed with organic gardening, growing fruit trees (not easy in Phoenix), laughing until she snorts, and homeschooling. She is a little bit crunchy and yes, that is her real name.