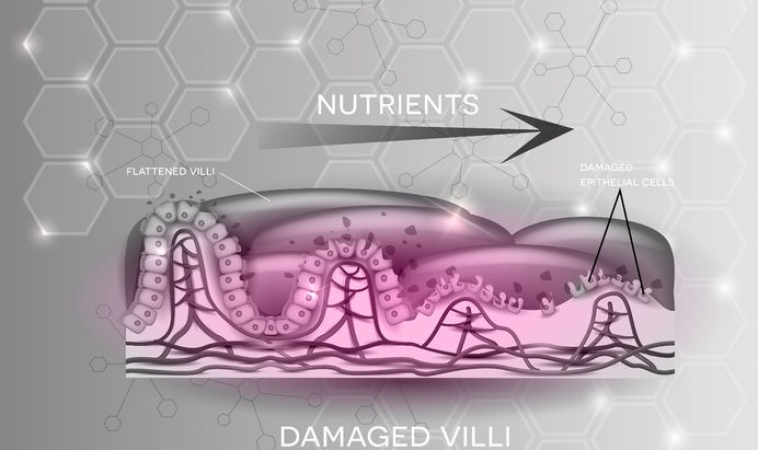 In the first partof this article series, I explained the concepts beyond the “gluten-free movement” and why gluten can cause such havoc in our bodies. Now, I will continue on with the controversy over gluten sensitivity and why gluten alone is not a dietary scapegoat for all conditions.

From Being “Sensitive” to Getting a Diagnosis, To Accepted, To Criticized Again: The Plight of the
“Gluten- Sensitized”

Up until recently, it was not well accepted or understood by conventional medicine that gluten was an issue for anyone outside of those with a true wheat allergy or the autoimmune condition of the small intestine that occurs with gluten consumption, known as celiac disease.1-8

For many in the medical community, the fact that someone was “sensitive to gluten” was confusing without a reliable method of diagnosis and the lack of accessible clinical trials that demonstrated that symptoms that were relieved with gluten elimination were truly related to the gluten.2, 6-8

For this reason, conventional and integrative doctors clashed in the recommendations. Medical doctors were concerned with the unnecessary removal of food groups from the diet causing nutrient deficiencies. Integrative doctors were seeing exceptional turnarounds in symptoms for some patients off gluten. They argued that when done responsibly, gluten removal and grains are not necessary for a balanced diet.6-8

In the past few years, various studies are in fact demonstrating that NCGS is, in fact, a distinct entity with measurable immune responses and markers.1-5,8

In fact, one recent study compared 80 self-reported subjects with NGCD to 40 celiac disease subjects and 40 participants in the control group. It was demonstrated that the gluten sensitive individuals had significantly higher immune activation markers (lipopolysaccharide-binding protein (LBP) and sCD14) as compared to the other two groups. Furthermore, they demonstrated similar damage to their intestinal lining ((elevated serum marker fatty acid-binding protein 2 (FABP2)) to the celiac disease group with evidence intestinal permeability. A result supported by elevated levels of serum marker FABP2.5

OKAY, It’s Settled!! Gluten-Free is the Way to Go…Not So Fast

Therefore, it’s settled, right? Gluten sensitivity is real and everyone should avoid it?

Well, a good clinician will tell you that gluten should be avoided in those who are sensitive to it and who have celiac disease, or other indicators, that point to supporting the body with the removal of gluten. In all honesty, that is most people seeking to heal chronic conditions, at least initially.

However, it’s important to remember that not everyone reacts the same to gluten. Celiac disease is related to the milieu of the trigger (gluten), intestinal permeability, genetics, and the body’s resilience to deal with the “broken gut.” Gluten sensitivity also appears to have a similar setting to ensue, just with a different response.1-10

We have to consider the reason why celiac and NGCS are on the rise. For example, we haven’t even discussed the influence of the microbiome, food processing, hybridization of wheat, and glyphosate at all. These should all be considered as well as a comprehensive approach for healing the “leaky gut” if someone struggles with gluten.10-12

Therefore, make sure, if you do avoid gluten, you aren’t eating a “gluten-processed diet” of non-nutrient foods. Eat whole, organic, fresh gluten-free options as much as possible.

The bottom line is that most agree that gluten can trigger a lot of symptoms for many people. However, it shouldn’t be confused as the “cause” of the problem. There is more to the issue than simply removing gluten and everything being okay.

It’s probably a good start though.

That was quite a review…I haven’t finished, though.

There’s actually more to the story, way more than I can cover sanely for you, or me. However, I have a condensed short and sweet summary here of how the boat has been rocked again on “gluten-free.” This is in relationship to what I just discussed, it’s not that gluten is the cause, but it is a powerful trigger.