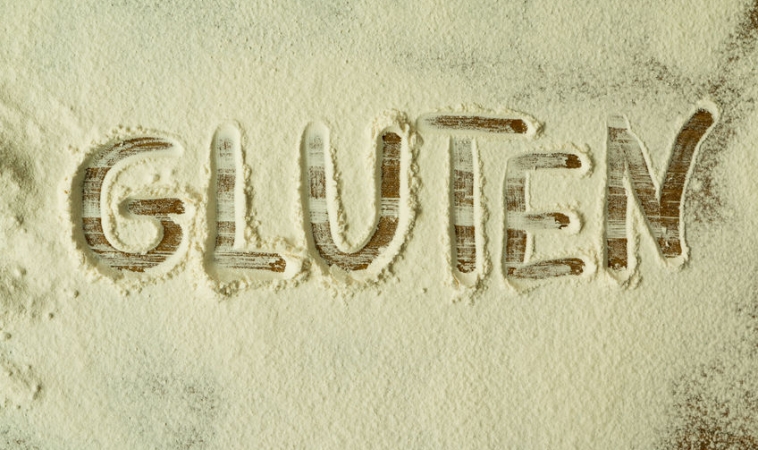 What is gluten and Why all the fuss?

In this article and the following one, I’m going to take on quite a task. I’m going to attempt to break down the momentous amount of research on gluten and health. My goal is to give a brief overview of the current gluten-free movement.

I will be explaining:

“Kneading” Your Way Through Gluten Terminology & All the Raucous

Gluten is a major protein found in wheat, barley, rye, and other related grains. It is thought to be the trigger to the specific immune response to people who have celiac disease. 1-9

This autoimmune condition is different from a wheat allergy. The allergy to wheat can cause similar gastrointestinal symptoms, but the response is from an IgE- mediated reaction (a specific antibody response produced by immune cells) to insoluble gliadins in the grain. It causes immediate symptoms but does not cause gut damage.2

Finally, there is Non-coeliac gluten sensitivity (NCGS), which has been an evolving term, mostly by exclusion. Specifically, a condition symptom occurs with gluten ingestion in the absence of celiac disease and wheat allergy. This concept has not gained much acceptance until more recently. 1-2, 4-9 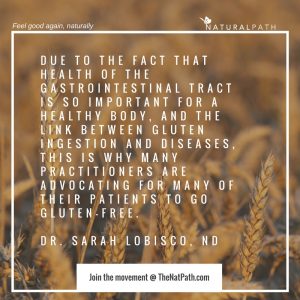 However, it’s important to note that gluten itself is a mixture of glutenin and gliadin, and it is the latter of which is considered responsible for disease provocation. 1-9

Here’s where it can get complicated…

Several studies have shown that various proteins in gluten can trigger immune responses in celiac sufferers, not just the alpha-gliadin that is the measured “gold standard.” 8-9

Furthermore, there are other components in wheat that could trigger negative responses to the ingestion. These include various lectins, carbohydrate-binding proteins, such as “wheat germ agglutinin” (WGA), that are found in plant foods, grains, legumes, and dairy. Some studies have found evidence that these compounds also trigger inflammatory, immune, or other systemic responses, including intestinal permeability.10-12 (More on that later).

Other grain proteins, termed α-amylase/trypsin inhibitors (ATIs), found in wheat and related grains have also been suggested to trigger immune responses in sensitive individuals.1 Another complication is that cross-reactions to similar protein structures found in gluten of various grains have also been observed to occur in celiac sufferers. This makes some celiac individuals virtually reactive to all grains.13-14

Finally, there’s the fact that wheat is a fructan, a poorly absorbed carbohydrate in wheat. Fructans cause increased water delivery and fermentable substances to the colon resulting in irritable-like symptoms. They are grouped together with similar carbohydrates in the FODMAPs diet: Fermentable Oligo-, Di-, and Mono-saccharides And Polyols.1,15 There has been evidence of removal of these carbohydrates to alleviate many of the symptoms of gluten sensitivity. (This trial used this response to downplay non-celiac gluten sensitivity; however, the flaw of this study’s conclusion on that account was using whey in the control group.)15

It’s also important that the form of the enzyme that breaks down the gluten in the small intestine, tissue transglutaminase (tTG), has several forms and only one, tTG-2 is recognized to cause celiac disease. This “deamination” process of gluten activates immune cells in the gut of celiac patients and produces the inflammation that causes damage to their small intestinal lining.1-9,16-17 However, other types of transglutaminase may cause symptoms in other areas of the body (such as the skin and brain.)16

For some, these additional issues with gluten and its manifestations can cause one on a “gluten-free” diet to still experience symptoms, even after removing “gluten” from their diet.18 For this reason, some doctors may suggest these unfortunates even go “grain-free.”

Why Gluten is a Big- “No-No” for Many

This is important because when this barrier is broken, the gut becomes “leaky” and allows the release of toxins, undigested foods, microbes, and immune activators from the gut to be distributed throughout the whole system. Furthermore, various components in the body’s circulation can also enter the gut, where they don’t belong. You can imagine the havoc this causes in the immune system!

In fact, one study that compared celiac patients with active disease (ACD), celiac patients in remission (RCD), non-celiac patients with gluten sensitivity (GS) and non-celiac controls (NC), it was found that there was an increase in intestinal permeability after gliadin in all four groups. Interestingly, the patients with gluten sensitivity and active celiac disease demonstrated a greater increase in intestinal permeability in those who were in remission from celiac disease and controls. However, those with GS had a stronger response! Furthermore, there was also a higher concentration of the anti-inflammatory signal, IL-10, in the controls versus those with GS and RCD. 19

This is why the body may “over respond” and why intestinal permeability is linked to many autoimmune conditions, beyond celiac disease. It has also been linked to symptoms associated with non-celiac gluten sensitivity, such as IBS (Irritable Bowel Syndrome) and depression.23-27

Due to the fact that health of the gastrointestinal tract is so important for a healthy body, and the link between gluten ingestion and diseases, this is why many practitioners are advocating for many of their patients to go gluten-free.

In the next article, I will discuss more about gluten-sensitivity, the controversy, and why it shouldn’t be a scapegoat for all related conditions.