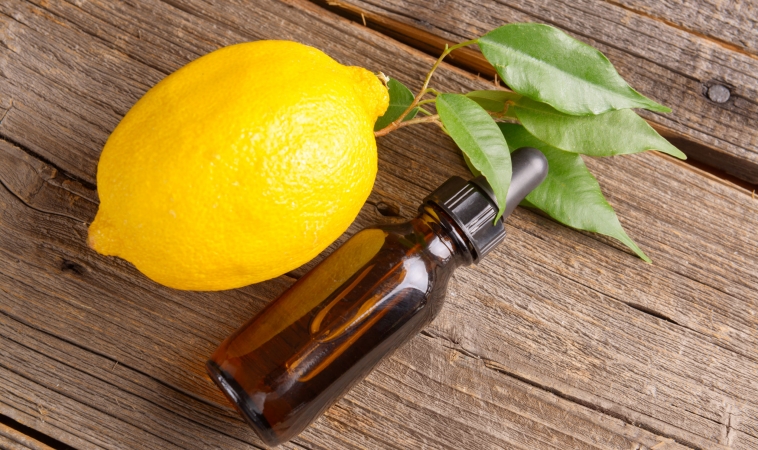 In the first blog, I discussed the biochemical, physiological, and psychological actions of essential oils. In this blog, I’ll dig deeper into some studies that demonstrate the power of essential oils and aromatherapy for mood.

In a 2006 article review, “Aromatherapy in the Management of Psychiatric Disorders: Clinical and Neuropharmacological Perspectives,” the authors highlighted various clinical trials and mechanistic in vitro trials in “psychoaromatherapy.” The dual nature of the “indirect” and “direct” effect of aroma was discussed. Specifically, this means the emotional aspect of the odor (direct) along with the effects of the biochemical constituents (indirect) both impact mood.

For example, in my first blog, I discussed how odors modulate emotions, just by our inhalation. However, beyond the sense of smell, different constituents in essential oils have been shown in vitro to modulate specific pathways in the brain related to neurotransmitter balance and other psychological effects. Furthermore, several intriguing clinical trials with Alzheimer’s patients demonstrated impressive behavioral improvement with certain essential oils, mostly lemon balm and lavender (chemotype was not specified), in this review. The authors concluded:

It is concluded that aromatherapy provides a potentially effective treatment for a range of psychiatric disorders. In addition, taking into account the available information on safety, aromatherapy appears to be without the adverse effects of many conventional psychotropic drugs. Investment in further clinical and scientific research is clearly warranted.1

In another review of sixteen clinical trials relating to the use of essential oils and anxiety, the authors stated:

The results were based on 16 randomized controlled trials examining the anxiolytic effects of aromatherapy among people with anxiety symptoms. Most of the studies indicated positive effects to quell anxiety. No adverse events were reported.2

Beyond the individual biochemistry and preference of odor, as mentioned in Part I, the essential oil may modulate mood differently based on their effect on the nervous system. In a study with 43 healthy females, various essential oils were tested for their effect on nervous system tone. The authors evaluated for differences between various essential oils that were inhaled on a cotton ball verses an unscented placebo. They measured blood pressure and output of blood catecholamines, chemical signaling molecules that are effected by stress.

According to the study, the following results were found:

Another way to determine nervous system response to oils is testing their impact on workplace stress using subjective measures of its response, such as heart rate, blood pressure, and heart rate variability (HRV) measures. One Japanese study did just that. The researchers assessed the impact of bergamot essential oil, used as an aromatherapy spray inhaled for 10 minutes, on these parameters in fifty-four elementary school teachers in a high-stress working population in Taiwan. The measurements assessed five minutes prior to and after the application of the spray. Interestingly, the authors reported differing effects based on subgroups. Specifically, they found positive findings for all measurements in the moderate and high anxiety degree groups; whereas, substitute teachers and light anxiety degree groups did not appear to exhibit the same amount of modulation. The authors stated,

Finally, a few studies evaluated brain wave patterns after inhalation of essential oils to determine effects on mood and the central nervous system.

One 2013 study demonstrated both psychological and psychological effects with jasmine oil. In this trial 20 right-handed subjects (several studies have shown that handedness effects brain wave activity) were recruited to assess the effect of this essential oil on emotion and brain wave activities via measurement using an EEG (electroencephalogram). Importantly, the authors also acknowledged and controlled for the role of “pleasantness of an odor,” which can impact nervous system function, as mentioned.

The results were impressive. Jasmine oil caused an increase in beta wave power (indicating increased alertness) in the anterior and left posterior region of the brain. Those who inhaled jasmine oil also reported a greater feeling of well-being and a decrease in drowsiness as compared to the resting and control condition (almond oil.)5

In another trial with 20 subjects, researchers also assessed EEG recordings along with skin temperature, heart rate, respiratory rate, blood pressure, and evaluations of the subjects’ mood states in the pre-, during treatment, and post-rosemary inhalation periods and compared results to control conditions. The results showed significant increases in blood pressure, heart rate, and respiratory rate after rosemary oil inhalation indicating its effect on alertness and sympathetic stimulation.6

Another psychological and physiological effect of essential oils can be demonstrated in the practice of forest bathing. The smell of volatile compounds from trees, phytoncides, not only have been shown to decrease concentrations of adrenaline in urine, but also stimulate natural killer cells and immune promoting substances.7-10

Not only can essential oils modulate mood and affect various biochemical pathways, they have also been studied for cognition.

One randomized study demonstrated the impact of the aroma of essential oils on cognition and mood of healthy individuals. 144 subjects were randomly assigned to assess the cognitive impact of either ylang-ylang aroma, peppermint aroma, or no aroma (control) using the Cognitive Drug Research computerized assessment battery,11 a validated cognitive testing tool, with mood scales completed prior and post cognitive testing.12The researchers found that peppermint enhanced memory and alertness of the subjects; whereas, ylang-ylang decreased it and increased calmness. The authors conclude:

These results provide support for the contention that the aromas of essential oils can produce significant and idiosyncratic effects on both subjective and objective assessments of aspects of human behavior. They are discussed with reference to possible pharmacological and psychological modes of influence.11

Other studies have also demonstrated the exhilarating properties of peppermint.13-15 One study also supported that peppermint could be stimulating; whereas lavender, not surprisingly, was calming.13

Essential oils have effects on the mind and body in synergistic and powerful ways. It is important to use therapeutic essential oils when trying to achieve not only mood balance, but positive effects on cognition and physical parameters. You can find more information on this here and in my new book, BreakFree Medicine, which incorporates essential oils into a systematic approach to balancing the body using naturopathic and functional medicine.