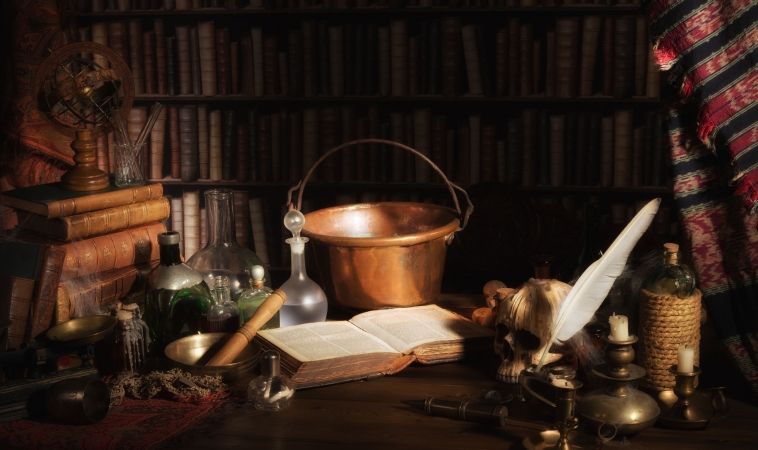 Double, double toil and trouble;
Fire burn, and caldron bubble.
Fillet of a fenny snake,
In the caldron boil and bake;
Eye of newt, and toe of frog,
Wool of bat, and tongue of dog,
Adder’s fork, and blind-worm’s sting,
Lizard’s leg, and owlet’s wing,—
For a charm of powerful trouble…..

The Swedish Botanist Carl Linnaeus is credited with inventing a binomial nomenclature system of naming and classifying living things that are still used today. Take  Chamomile, for example, the binomial scientific name is Martricaria chamomilla; the first word refers to the genus of the plant and the second identifies the species and is often descriptive. Chamomilla, for instance, comes from the Greek for “earth apple” referring to the apple like scent of a chamomile flowers. Prior to the 1700s when this system was invented, plants were given folk names that either described their appearance, taste, or medicinal properties.

Lambs tongue for instance is shaped like a tongue and had a soft wooly appearance. It is also known as lambs ear. It is known to have anti bacterial and antiseptic properties and for this is it also referred to as wound wort. “Wort” is an old folk name for “plant” “herb” that is edible or medicinal.

Sometimes that names were personifications. “Blood” in a folk name often referred to a sap of a plant or a root that gave a red juice. “Tail” often meant stem, while petal was sometimes called “tongue”.

The song referenced above of the Three Witches from Shakespeare’s Macbeth contains a scene that describes a potion made with obscure and gruesome ingredients. Eye of newt? Wing of bat? What herbs are really in the “witches brew?

The true botanical name of these herbs may surprise you