When couples are attempting to conceive, we often put the weight of nutritional and overall health status on women. This is largely attributed to the fact that post-conception a woman’s body must provide the energy, sustenance, blood supply, and nutrition for the growing fetus. But what about in our pre-conception stage? Women generally tend to take a more active role in fertility support measures, however, for couples deciding to conceive, the health status of male partners cannot be overlooked.

Infertility describes couples who have been trying, unsuccessfully, to conceive for over a year. Within these couples, male factor infertility accounts for 40-50% of these cases.1,2 These factors include: 1) Sperm production problems: Infection, testicular injury or varicoceles, drug use, and/or DNA fragmentation; 2) Physical blockage of sperm transport; 3) Sexual problems including erectile dysfunction; and 4) Idiopathic reasons, which account for 30% of infertile men.3

Idiopathic male infertility is largely attributed to diet and lifestyle and may be associated with poor nutrition and diet, alcoholism, smoking, marijuana use, and toxicity or exposure to toxins. Many of these factors are largely intertwined with hormonal dysregulation, resulting in abnormal levels of testosterone, estrogen, follicle stimulating hormone (FSH) and luteinizing hormone (LH).

It takes about 100 days to produce sperm as they undergo normal development and maturation. During development, male germ cells are extremely susceptible to damage from toxins, but also from oxidative stress via reactive oxygen species (ROS), and DNA fragmentation. These factors can cause sperm abnormalities ranging from low sperm counts, to non-motile sperm.3

Generally, the body has antioxidants in place to help scavenge these ROS, such as vitamin C and vitamin E obtained through dietary sources. However, when the rate of ROS production exceeds antioxidant reactions, sperm are vulnerable to negative changes.3 Obesity in men has been linked to increases in this DNA damage of sperm3. These changes have even shown to be transmitted to offspring via genetic and epigenetic alterations of the germ cell DNA.1 In cases of idiopathic male infertility, higher concentrations of antioxidants may be needed through supplementation. One recent study showed that vitamin C dosed at 1g daily improved sperm concentration and motility.3

Obesity is considered a chronic low-grade systemic inflammation4, so it’s reasonable to expect that these inflammatory processes can affect both hormonal regulation and reproduction for both men and women. In fact, recent literature has shown that obese men are at a greater risk for developing hypogonadism, impaired sperm production, and erectile dysfunction.1

There are many ways by which sperm production is affected by obesity, ranging from thermal effects to hormonal dysregulation via increased estrogen levels and lower testosterone levels.1 Obesity induces multiple pathways which result in increased aromatization of testosterone to estradiol.1

The higher estrogen and lowered testosterone levels that develop from these pathways leads to decreases in FSH, sex-hormone binding globulin (SHBG), and an overall reduction in human spermatogenic function.1 Even more so, high estrogen levels in men upregulate the phagocytosis of Leydig cells by macrophages, essentially engulfing and destroying the testosterone-producing cells in the testicles.1

On a sex hormone level alone, obesity can have major negative influence on male fertility. Studies have shown that overweight and obese men are at a higher risk of decreased sperm count and semen volume, as well as DNA fragmentation causing effects of low sperm motility.1,3,5 Reducing body fat mass of infertile male partners can help increase production of testosterone and restore healthy function of hormonal pathways.3

Recent studies of lifestyle factors and sperm quality have shown that diet and nutritional factors play an important role in spermatogenesis. Specifically, folate and vitamin B12 are both required for DNA, phospholipid, and protein synthesis.6 Low intake of dairy, sugar, and processed meat, along with a high intake of fruits, vegetables and healthy fats such as olive oil (also including EPA and DHA) favorably lead to less DNA damage in sperm.6 Healthy diets in men have also been associated with higher sperm concentrations, sperm count, and motility.6

Other studies have shown that testosterone levels are positively affected by high intake of fish, chicken, fruits, cruciferous vegetables, tomatoes, and leafy green vegetables.6 Diets consisting of these foods have also been associated with a lower incidence of chromosomal disorders in offspring.6

Infertility investigations in men are crucial for couples trying to conceive. Infertility notwithstanding, couples in the pre-conception phase should be taking 3-6 months to address health concerns, and adjust diet and lifestyle factors. Just because sperm are competent enough to fertilize an egg, doesn’t mean that these sperm are entirely unaffected in obese men, nor that normal embryonic development will progress uninhibited after fertilization.1 The safest way to obtain a healthy body composition is through a healthy diet and regular exercise, which tends to result in a gradual, progressive and sustained weight loss and overall improved health.7 A healthy reduction in body fat mass in obese infertile men can improve hormonal function and testosterone production.

Additionally, antioxidant support may be helpful in improving sperm health parameters, but should be appropriately prescribed through a naturopathic doctor or other health care provider. 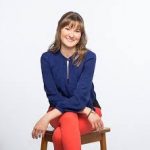