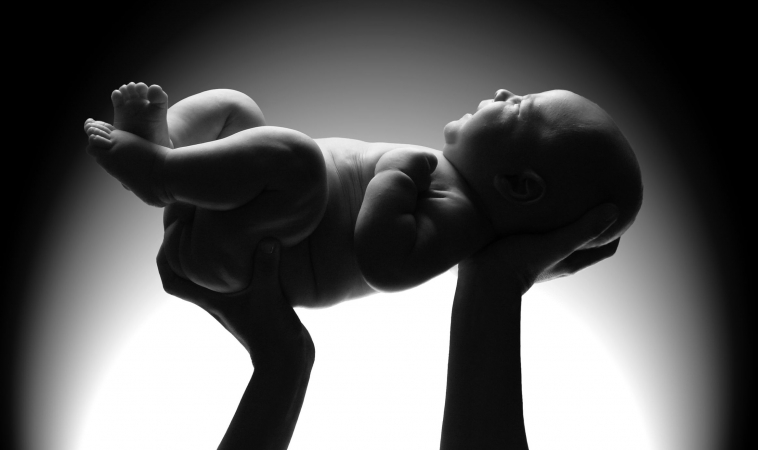 It is an experience we all share, as miraculous as it is mysterious. Birth.

Today, roughly one in three births in the United States occurs via cesarean section or C-section. In some other countries across the globe, like Brazil and Turkey, this percentage is even higher. Yet little is known about how delivery by C-section affects an individual’s long-term development.

As these interventions become more common in health care to foster positive outcomes for both mothers and babies, it is important to understand these long-term effects, both positive and negative, according to William Kenkel, an assistant professor of psychological and brain sciences at the University of Delaware.

Specifically, Kenkel is interested in understanding how different birth experiences, including vaginal delivery, emergency C-section and scheduled C-section, affect the developing nervous system. He also wants to know whether these changes occur through hormones that surge during birth.

“The body is set up in very redundant ways, and it reuses the same set of hormones for multiple things,” said Kenkel, who studies the way hormones affect the brain to shape behavior.

This made Kenkel wonder if the disruption of these naturally occurring hormones during C-section could be a contributing factor in known health effects associated with cesarean. Previous peer-reviewed research, by multiple authors, has identified links between C-section and negative health outcomes in children, including obesity, asthma and autism. For example, studies have shown that delivery by C-section increases a child’s risk for obesity by age 5 by an astounding 55%.

“We don’t know why these links exist,” he said. “Hormones provide a new way to look at these problems.”

Understanding the body’s stress response: During birth, hormones in the body surge in both mother and baby, sent along by the nervous system. These stress hormones are there to spur delivery and to help a baby adapt to living outside the womb. Some of the transitions babies accomplish at birth include starting to breathe, setting the body’s internal temperature and responding to microbes passed along by the mother that help us regulate our immune system, digestion and more.

Looking across the research literature, however, Kenkel found that how one is born can have an effect on the amount of stress hormones released at the time of delivery. For example, vaginal delivery had the highest presence of birth signaling hormones, followed by emergency cesarean, then scheduled cesarean with the lowest levels.

He pointed out, too, that when babies are delivered by cesarean section, some of these normal hormonal signals are disrupted, or, in the case of scheduled C-section, never even started. How long these hormonal differences last remains unknown. This led Kenkel to question whether research should be looking at this more closely because these hormones acting in early life are capable of developmental programming, meaning they can cause permanent changes.

“Most likely there is a very broad, but shallow effect occurring,” said Kenkel, who is among only a handful of researchers considering the hormonal implications of birth and the brain.

Other research, particularly related to a healthy microbiome, has focused on whether procedures should be used to reintroduce microbes that babies delivered by cesarean may have missed out on.

Kenkel wonders if the same idea could be used to introduce hormones in children that might not be activated by cesarean delivery. This is not necessarily a new idea. For example, premature infants are often given a hormone called cortisol to help the lungs mature.

“We may want to investigate whether doing a similar intervention makes sense in cesarean for any number of other hormones to get the body off on the right foot,” he said.

While a lot of research has looked at the hormone oxytocin and whether or not it could play a role in the causes of autism, according to Kenkel, cesarean delivery and obstetric interventions more broadly, are all things that affect oxytocin signaling during this sensitive period around birth.

“There are times in our development where hormones have long-lasting consequences,” said Kenkel. “For example, if I were to experience stress right now, I would generally recover quickly. In early life, however, we are sensitive because we are still trying to learn what the environment is going to be like. So, if my mom experienced high stress levels while I was in utero, that tells me that this environment that I’m going to be born into is a rough one, so I may want to change my development to anticipate that.”

These hormones are versatile, too. Oxytocin is well known for its role in social bonding and helping mom bond with her baby, but evolution has found a lot of other uses for it. Oxytocin is also really good at regulating appetite, temperature and stress response.

“These seemingly disconnected aspects of life share connections using the same hormone; and when seemingly unrelated medical interventions affect those hormones, it can translate into surprising outcomes,” he said.

If he can establish that hormones during birth play a long-lasting role in life, Kenkel said, it would lend evidence for research to explore possible interventions that could be applied at birth to ensure development that more closely resembles outcomes associated with a vaginal delivery.

Kenkel published his findings in a paper in the Journal of Neuroendocrinology. He hopes the paper will open the door to new research ideas or directions in this area, particularly greater collaborative research between the fields of neuroscience and obstetrics, given the shared interest in hormone mechanisms and early life.

“At this stage of our understanding, we just need a lot more information,” Kenkel said.
1. William Kenkel. Birth signalling hormones and the developmental consequences of caesarean delivery. Journal of Neuroendocrinology, 2020; DOI: 10.1111/jne.12912