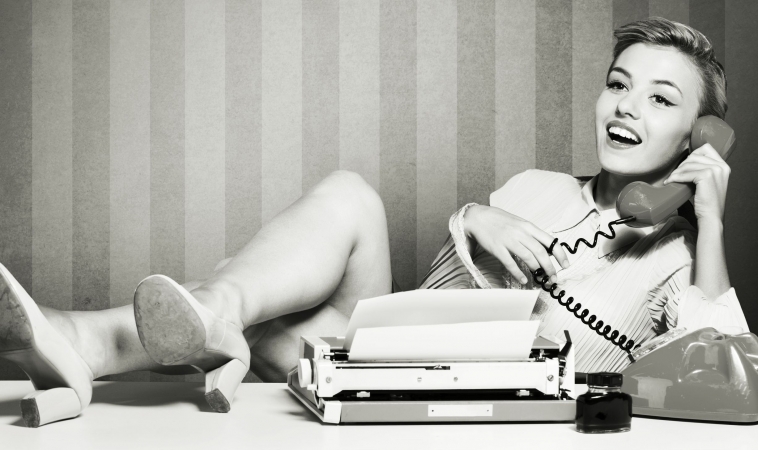 In a technology based world, landlines are almost becoming extinct. Our cell phones not only call, but text, email, write documents, video chat, shop and so much more. If our cell phones do it all, why keep a landline? Here are 10 reasons you and your family could greatly benefit from keeping a landline in your home.

#1 |  Reduce Your Exposure to EMF Radiation

Similar to the way a microwave works, cellular phones use radiation to send and receive signals. The amount of time you spend on your cell phone and where it is located increases your exposure and negatively impacts your health. In its manual, Apple even warns its users to “carry iPhone at least 5mm away from your body to ensure exposure levels remain at or below the astested levels.”1 If you’re relying on your cell phone as the only way to be contacted, chances are your cell phone is almost always in your pocket, lap or somewhere close. The known negative health effects of EMF radiation include increase in allergies or allergy symptoms, potential links to certain cancers, reduced efficiency of drugs used to treat cancer, radiation damage and long-term DNA fragmentation.2 Keeping a land line in your home and reducing the amount of time you and your family spend on their phones not only reduces the exposure to EMF radiation but also preserves your health.

We are attached to our cell phones all day. Cell phones have made life more convenient, but in many ways, they have led us to feel less connected to those around us. Cell phones have allowed us to multitask during phone conversations. Although it can be useful at times, this technology has allowed us to text or email instead of truly listening during a call. We can make our conversations more meaningful if we save non-urgent phone calls or messages for later in the day when we have time to sit down at a landline and truly focus.

In 2015, Hawaii experienced a massive blackout in which power lines and cell phone towers were out for days in some areas. Because newer home construction in Hawaii has omitted the ability to install landlines, people were unable to make calls. During power outages, we are not able to charge our cellular devices and contact with others becomes limited. In a state of emergency, we want to keep our families safe and keeping a landline in the home would allow this to happen.

Cell phones make life easier and more convenient to keep in contact with others and accomplish our daily tasks. However, Alexandra Sifferlin, writer and producer for TIME Healthland, states that “research from scientists at Kent State University in Kent, Ohio shows that the more time college students spend on their cellphones, the more anxious they were and the more their academic performance suffered.”4 The constant pressure of keeping in contact with friends and the latest applications has increased teenage anxiety and stress.

#5 | Landlines Don’t Need to Be Charged

It’s plain and simple. Save your cell phone battery and use your landline!

In 2011, at least 23% of reported automobile accidents involved cell phone usage-that’s at least 1.3 million crashes.5 Texting and talking while driving isn’t the only cellular distraction anymore. Many people are tweeting, Facebook updating, snapchatting and so much more when the focus should be on the road. The number of accidents involving cell phone usage rises each year and we can save lives by reserving our calls for our landlines.

#7 | Freedom from the Digital World

Although the convenience of having a cell phone can be great at times, cutting back the time we use them will allow us to refresh and relax. As hard as it is to believe, we don’t always need to be using them. Use your landline to catch up with family and friends, and enjoy the time you don’t have a cell phone attached to your ear.

A recent study in Iran compared the use of cell phones after lights out to how it affects their learning. The study, The Impact of Using Cell Phones After Light-Out on Sleep Quality, Headache, Tiredness, and Distractibility Among Students of a University in North of Iran, showed “60% of the students used their cell phones after lights were out. There was a significant relationship between using cell phones late at night and insomnia, low energy, tiredness and headache.”6 All of these side effects make learning in school difficult, and it’s quite common that teenagers are using their phones more than they should. Limit your teen’s use of their cell phone and encourage them to use the landline.

#9 | People are Addicted to Their Cell Phones

In India, a recent study, Prevalence of Mobile Phone Dependence in Secondary School Adolescents, was performed on 400 students in high school to test their dependence to their cell phone and 31% of these students showed an addiction to their phones.7 Another study, The Role of Depression and Attachment Styles in Predicting Students’ Addiction to Cell Phones, similarly shows that depression and an avoidant attachment style further lead to cell phone addiction.8 See reason 10 for further research on the link between depression and cell phone use. Cell phone addiction has been shown to be an emerging problem, and families can avoid this by keeping a landline in the home and educating their children on the issues of excessive cell phone use.

#10 | Cell Phone Use is Linked to Depression

A 2015 study in Iran, The Role of Depression and Attachment Styles in Predicting Students’ Addiction to Cell Phones, investigated the role of depression associated with cell phone use. The results showed that “depressed people seek communication technologies such as the internet, social networks, text messaging, and cell phones to experience secure and supportive social relations”9 As depressed people crutch onto cell phone use, they create negative attachments and insecure or avoidant relationships. Depression and cell phone use can become a part of a never ending cycle, and breaking that cycle with the use of a landline can ultimately be an amazing decision for your health.