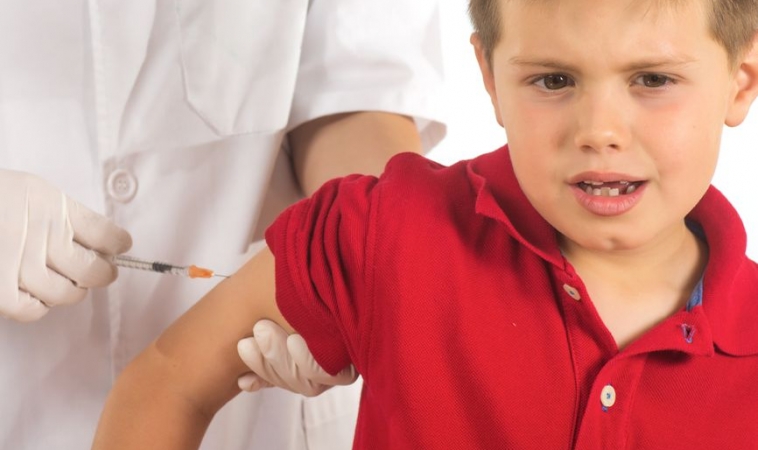 It’s been on everyone’s lips this past month…”How concerned should we be about the measles outbreak that originated in California last December”?

As a naturopathic physician, I believe my role is to look at all sides of a medical challenge and figure out the best approach to optimal health for my patients. Our philosophical tenet of “first do no harm” is one in which I strongly believe. The trouble is, sometimes determining the “harm” is two-sided. In the growingly divisive topic of immunizations, there is much to consider, especially now, when our country is faced with an increasing number of outbreaks of vaccine preventable diseases. Where is the balance of public health and individual informed consent? I’m not sure that I know, but I think the answer lies somewhere in the middle of compassion and knowledge.

When faced with a situation like a measles outbreak that is all over the media, I have learned that the best place to start is with the facts.

• In the US, there have been 121 confirmed Measles cases in 17 states as of Feb. 6, 2015.  There was an 18% rise in cases in the past week alone.
• In Washington state (where I practice), we have had 4 reported cases as of the same date.
• By comparison, The United States experienced a record number of measles cases during 2014, with 644 cases from 27 states reported to CDC’s National Center for Immunization and Respiratory Diseases (NCIRD). This is the greatest number of cases since measles elimination was documented in the U.S. in 2000.
• The US had its lowest number of measles cases ever in 2000 (86 cases), and was declared “eliminated” (defined as the absence of continuous disease transmission for 12 months or more in a specific geographic area).
• Measles primarily comes into the US by travelers coming from foreign countries and then spreads in pockets of unvaccinated people.
• Measles has up to a 21-day incubation period, (typically 7-14 days) so we need about a month to see if it is continuing to spread throughout the US.
• Measles can spread through coughing and sneezing and the virus can live on surfaces for up to 2 hours after exposure by an infected person.  A person is contagious for 4 days prior to the rash until 4 days after the rash has appeared.
• Children younger than 5 years of age and adults older than 20 years of age are more likely to suffer from measles complications.  The most common complications include ear infections and diarrhea.
• Severe complications: About 1 in 20 children with measles will get pneumonia, the most common cause of death from measles in young children. About 1 in 1,000 who get measles will develop encephalitis (swelling of the brain), which can cause permanent brain damage. About 1-2 in 1,000 children who get measles will die from the virus.
•  For this current outbreak:
“Vaccination status is documented for 34 of the 59 cases. Of these 34 cases, 28 were unvaccinated (that’s 82%), 1 had received one dose and 5 had received two or more doses of MMR vaccine.”

Therefore, in this disease outbreak, most of the reported cases were in unvaccinated people. The same goes for the U.S. measles cases in 2011. The CDC reported that 86% of the patients who contracted measles in 2011 were unvaccinated.
• The MMR vaccine shows greater than 90% effectiveness, which is actually quite a good success rate.  A single dose in an older child (at least 93% effective) is likely to confer enough antibody protection, though two doses is still recommended (likely 97% effective).
• Antibody titer numbers through blood work can be performed to see if you or your child does have antibody protection against measles.  Be aware that your insurance may not cover this testing cost.
• What are the side effects of the MMR vaccine?  1 in 6 persons will develop a fever, 1 in 20 persons will develop a mild rash, about 1 in 75 will have swelling of the lymph nodes in the neck or salivary glands.  About 1 in 3,000 persons will have a febrile seizure.  This risk is slightly higher if the vaccine is given between 16-23 months of age.  About 1 in 4 will have temporary pain and stiffness in the joints (mostly teenagers or adult women), and about 1 in 30,000 persons will develop a temporary low platelet count, which could lead to a bleeding disorder.  Serious allergic reaction occurs in about 1 in a million doses.
• At this time, there is no documented causality of autism from MMR or other vaccinations, though there have been documented cases of children with underlying mitochondrial disorder (may appear like autism) that have had severe adverse effects from various vaccines. This is something to consider, but should not carry more weight than the above points.

So, the big question parents may be asking…”Should my child get the MMR vaccine?”

• As a physician, I believe that it is a parent’s right to choose what is best for their child and in general, informed consent to any medical procedure is of utmost importance. From the AAP Policy on vaccine refusal: “First and most important, the pediatrician should listen carefully and respectfully to the parent’s concerns, recognizing that some parents may not use the same decision criteria as the physician and may weigh evidence very differently than the physician does.  Vaccines are very safe, but they are not risk free; nor are they 100% effective.”
• Saying that, there are some people who should NOT get the MMR vaccine.
These include:
• Anyone who has ever had a life-threatening allergic reaction to the antibiotic neomycin, or any other component of MMR vaccine
• Anyone who had a life-threatening allergic reaction to a previous dose of MMR or MMRV vaccine should not receive a second dose.
• Children who have a fever at the time the shot is scheduled may be advised to wait until they recover before getting MMR vaccine
• Pregnant women should not get MMR vaccine. Pregnant women who need the vaccine should wait until after giving birth. Women should avoid getting pregnant for 4 weeks after vaccination with MMR vaccine.
• if you or your child has special health conditions that put them more at risk for the side effects of the vaccine, please consult your physician for specific recommendations.
• If your child is healthy, you must weigh the relative high risks of contracting measles with the relative low risk associated with the MMR vaccine. By giving your child the vaccine, you are not only protecting them but you are protecting those who cannot receive the vaccine or are more likely to have a severe complication from contracting measles.
• Is the MMR vaccine the only way to protect ourselves from measles? No. Don’t forget about the protection of simple barriers, such as hand-washing (and face-washing), face masks, and the 3-foot rule. If we can all be a little more conscientious about the spread of contagious disease, we can significantly decrease transmission rates.

Tamara (Cullen) Evans, ND is a 1999 graduate of Bastyr University and currently practicing primary care medicine, with a focus on pediatrics, in Seattle, Washington. She currently serves as the Advanced Pediatrics professor at Bastyr University and she sits on the American Board of Naturopathic Pediatrics, an organization dedicated to the creation of a Naturopathic Pediatrics Board Certification Exam. Additionally, she was a founding Board member of the PedANP and has lectured both nationally and internationally. To date, her greatest accomplishment is raising her teenage son, Max.