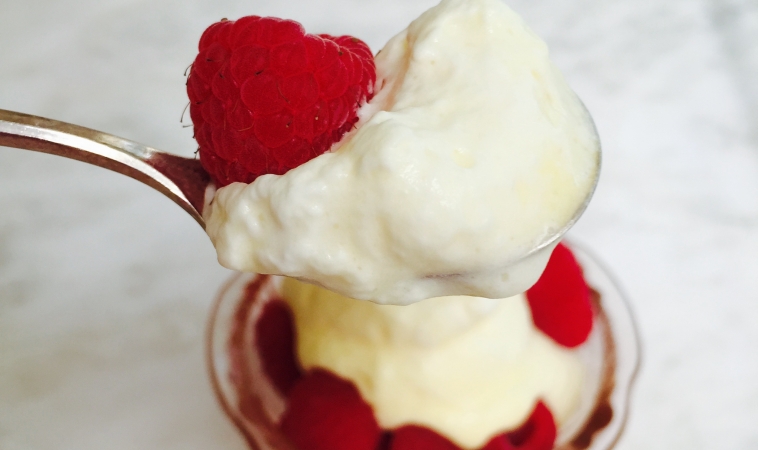 The best recipes, in my opinion, are those made with the fewest ingredients, so that the flavors of the fresh ingredients shine, unencumbered by cloying flavors from factory foods such as…sugar! When we think of dessert, it usually includes recipes with sugar as the main ingredient. Throughout most of human history, we’ve not been exposed to processed and artificial sweeteners, but in recent years, these have greatly contributed to the obesity epidemic. Finding sweetness in real, whole foods, and not artificially and mechanically produced sweeteners, has important implications for our health, even minimizing our risk of cancer.

Sugar as we know it – white, crystalline granules – does not exist anywhere in nature. Sugar is as processed as cocaine. Think about it. Cocaine is a white crystalline substance extracted from leaves of the coca plant. The modern process often uses chemicals to extract the active compounds from the leaves. Sugar is also extracted from plants, usually beets or sugar cane. Extraction and refining of sugar is a complicated process that includes high heat, washing and drying, high speed centrifugation, and caustic lime as well as chemicals including methylated spirits.1 So by refining and extensively processing white sugar, you deplete all the vitamins, minerals and nutrients from the original plant. You lose all the vital nutrients that you would retain if you used a natural form of sugar, such as honey, syrup or molasses.

Interestingly, when rats were given the choice between water sweetened with sucrose or saccharin and intravenous cocaine, the large majority of the animals chose the sweet taste of sucrose or saccharin over cocaine. Sweet receptors in humans and rats have evolved in environments where sugar is difficult to come by, and so the modern sugar-rich diets that over-stimulate sugar receptors create a supranormal reward signal in the brain. This has the potential to create a scenario where sugar overrides self-control mechanisms, leading to addiction.2 Bingeing on sugar has been linked to neurochemical changes in the brain that are also seen with addictive drugs: changes in opioid and dopamine receptor binding, as well as release of acetylcholine and dopamine in the body.3

Sugar puts you at risk for cancer and other diseases

In my research speaking with various scientists and expert physicians for the Natural Cancer Prevention Summit, there has been a common theme: sugar contributes to the risk of cancer. In a research study of 35,000 U.S. women, sucrose-containing foods and beverages other than ice cream/milk were found to be a risk factor for colon cancer.4 Another research study revealed that in women who are prone to insulin resistance, a diet high in sugar may increase the risk of pancreatic cancer.5

Researchers have shown that glucose will selectively enter cancer cells over normal cells. For example, one study showed that in PET scans using labelled glucose analogs, primary and metastatic breast cancers can be clearly differentiated from normal tissue.6

Sugar is not only a potential risk factor for cancer, but it is an enemy to health, being linked to type 2 diabetes, obesity, hypertension and heart disease, all of which are causing a great health crisis for Americans.

Interestingly, people with diabetes seem to have an increased risk of developing cancer as compared to the general population. Some of the same risk factors for diabetes are shared by those who develop cancer, including hyperglycemia and insulin resistance. In patients with type 2 diabetes, glucose-lowering therapies can lower the risk for cancer.7

Another sugar that has been shown to be hazardous to your health is fructose, especially in the form of high fructose corn syrup. This sugar has found its way into a dazzling array of foods and beverages: including soft drinks, sports drinks, flavored water, fruit cocktails, candies and dessert, baked goods, sauces, flavored yogurt, granola bars and sweetened cereals. High fructose corn syrup is also a GMO product which is associated with pesticides. A 2014 meta-analysis found that fructose consumption is positively associated with an increased fasting blood sugar level, as well as elevated systolic blood pressure and triglycerides.8 Also, fructose is also responsible for Dietary Fructose Intolerance in some people, causing diarrhea, nausea, bloating, abdominal pain and cramping.

Once you eliminate sugar from your pantry, you will find yourself noticing and appreciating the natural sweetness in real foods. Carrots, red bell pepper, almonds and squash taste sweeter than ever. My children were most surprised to find this to be true.

Fresh dairy products sourced from local, pasture-raised cows are full of nutrients, enzymes and probiotics because they haven’t been pasteurized or “cooked” at very high temperatures, which gives them an amazing and satisfying, naturally sweet flavor. Guests that haven’t tried fresh raw dairy are always surprised at the sweet creaminess that is very different from store-bought. For those still leery of unpasteurized milk, there is a lot of information at the Weston A. Price Foundation. I personally have been drinking raw milk for 15 years with no problems and my children have been drinking it since they were weaned from breastmilk. It is important to source raw milk from healthy cows raised in pastures. Louis Pasteur, founder of pasteurization and former proponent of the germ theory stated on his deathbed “Bernard was correct. I was wrong. The microbe (germ) is nothing. The terrain (milieu) is everything,” meaning the immune system is responsible for health or illness, not the “germs”.9

At home, we use fresh raw cream as a beautiful and delicious base for making many desserts. It’s naturally sweet so we don’t add any sweeteners, but sometimes we add raw vanilla or cocoa powder.

The following dessert is super simple, healthy and delicious!

Whip cold fresh cream with a hand mixer, or better yet, use a whipped cream charger. 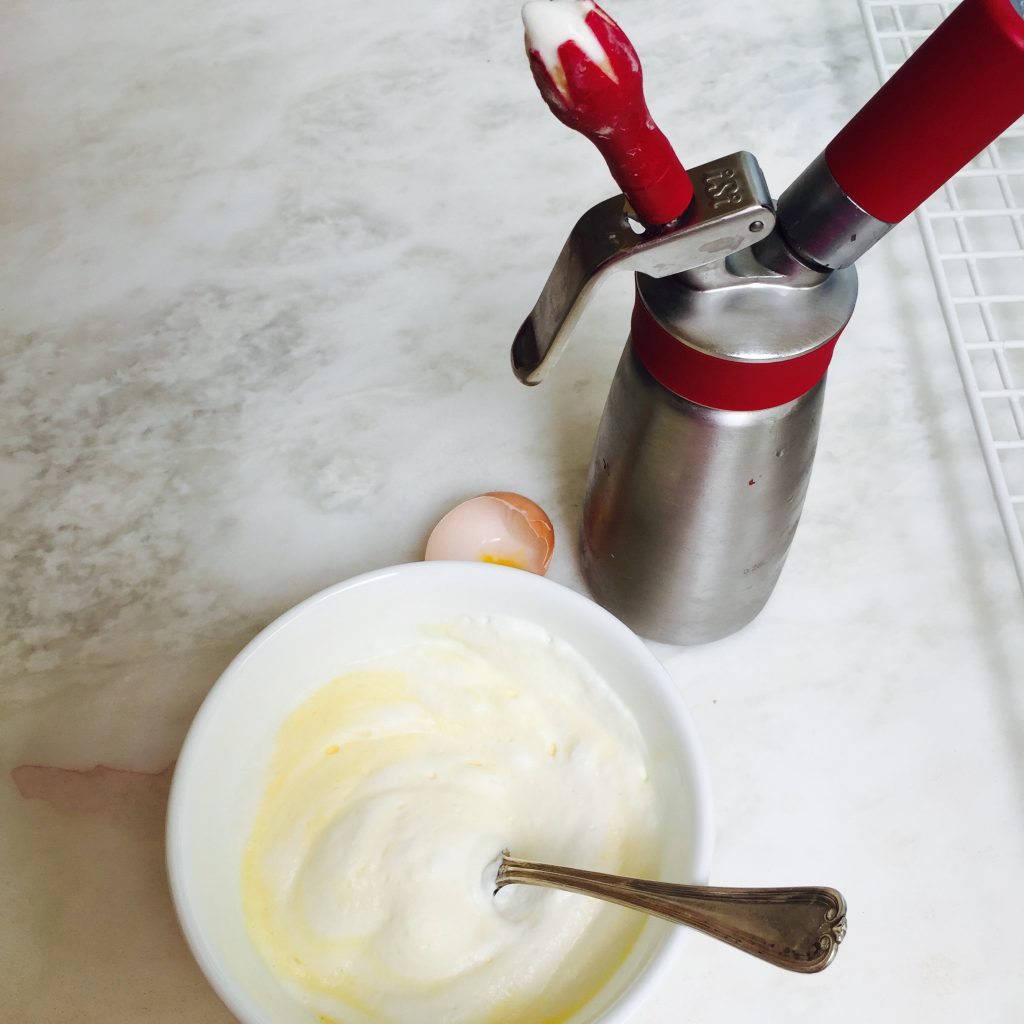 Place raspberries in a parfait cup or bowl and top with a generous amount of “hollandaise” cream. 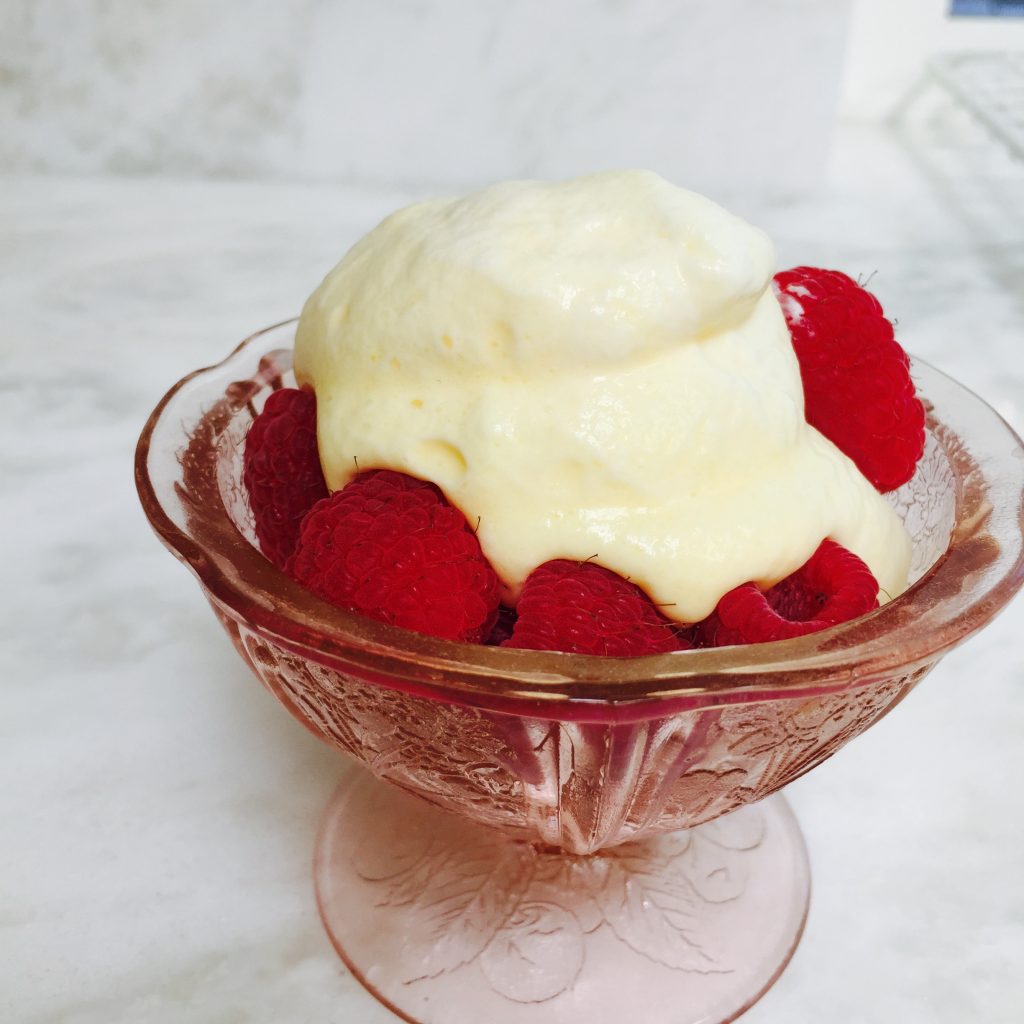