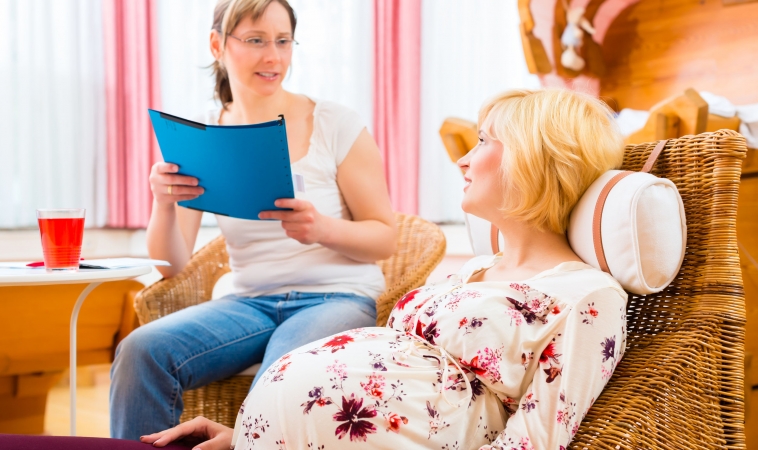 It is becoming more common for women to elect for a vaginal birth after Caesarean section (VBAC) and more recently reported, home birth after Caesarean (HBAC)1. This could be due to increased number of safety studies, more childbirth education available, birth stories circulating among women, or previous trauma from a hospitalized birth or Caesarean. With an increase in reports of women wanting an HBAC, one interview study looked at the birth experiences of 12 Australian women to find out their reasons for wanting an HBAC. They found that one of the greatest factors in this decision was due to feeling traumatized by their previous birth experience1.

Trauma can subjective but, in this case, it described how these women were treated by their medical teams and the childbirth experience in its entirety. The feelings reported during their hospital experience included being frightened, feeling out of control, ignored, anxious, and vulnerable1.

Many of the women from the study had the same experience after their Caesarean:

Everyone involved in labour and delivery wants the end result of a healthy baby, but the birth experience itself is incredibly important. The lasting psychological effect can range from an increased sense of confidence to a huge cloud of doubt and guilt. The childbirth experience is affected by the environment during labour, available support and treatment during this occasion. It’s not uncommon for women to elect for a hospital birth solely out of concern for medical safety. For second-time mothers though, their first birthing experience often influences their next birth plan.

Previously, VBACs weren’t commonly recommended by most obstetricians and gynecologists, possibly for fear of uterine rupture along a scarred suture line (rupturing along the scar occurs in 0.5% of VBAC labours)2. Also, to any doctor or surgeon, an unsuccessful procedure or one that causes extreme harm to the patient is a career killer. So it’s not surprising that most doctors will do everything medically possible to make sure mom and baby both survive, but at what cost? There’s a difference between survival and quality of life. It’s easy for medical teams to focus on the former, at the cost of the mother’s mental and emotional health.

In 2010, the American College of Obstetricians and Gynecologists published their position on “Vaginal Birth After Previous Cesarean Delivery” stating that a “[VBAC] is a safe and appropriate choice for most women who have had a prior caesarean delivery.”2For any woman, confidence plays a huge role in the decisions made and the experience of childbirth. This confidence can easily be altered by those around her, not just family and friends, but her doctor.

There are still obstetricians out there who aren’t willing to oblige VBACs and who will plant seeds of doubt in a woman’s mind over her ability to deliver vaginally. A woman in this position, who may already have felt less confident, may then give up the option of a VBAC if her doctor isn’t on board.

Anne, one of the interviewees in the Australian study, reported her Obstetrician saying, “But I just don’t understand why you’d want to have a vaginal birth.”Her reply was,“Well, it’s not very nice to have your stomach cut open and a baby ripped out of it.”And he, the Obstetrician said, “Well I can’t imagine it’s very nice to push it out of your vagina either.”And he, according to her, laughed while she was appalled at his comment.

In the Australian study of women who had had Caesarean sections, most reported a loss of control, and feeling like they were “treated like a piece of cold meat…”.1 One woman reported that while on the operating table, the medical staff were chatting about their weekend plans and were shocked when she tried asking them a question about her care1. These women often answered “never again” to a hospital birth.

Unfortunately, surgeons are trained as surgeons, and don’t often spend large amounts of time with their patients. Bedside manner is often compromised, so it’s important to meet with your OB/GYN before labour. Get a feel for their personality and ask questions! Talk to the nursing staff during your hospital tour and ask about specific hospital protocols.

Hospitals are one place in our medical system where informed consent can come across as bullying. What I mean is, doctors tend to neglect fully educating their patients and giving them options. Instead, the OB/GYN chooses what they deem as the “best” course of action. For example, you may want only intermittent monitoring, but your medical team says you have to have continuous monitoring (having a belt monitor on you throughout the course of labor). These inflexible attitudes can put a huge kink in your birth plan. The important thing to remember is that you are not at fault for your birth plan going astray. Things happen and often they are out of our control. Deciding on a hospital birth means adhering to hospital procedures and protocols. Find out if your birth plan is realistic and manageable before you go into labour.

Education will always be a priority. It’s important for women to know that if they had a healthy pregnancy and carry to term, there’s a 70% chance of delivering vaginally after a Caesarean and having a safe birth2,3. In Canada, the overall success rate is 76.6%4. But not having the support needed nor the confidence can really impact the birth experience.

Women should be fully informed as to the risks and benefits of any intervention and should be able to consent to such interventions without feeling bullied. One of the best ways she can have more control over her birth plan is to have a birth doula present. Regardless of the choice for home birth or hospital, doula supported women are 28% less likely to have a Caesarean and are 34% less likely to rate their childbirth experience as negative5.

One study found that:

It is helpful to have a doula who can help you with your birth plan and allow you to view your options. Giving birth truly is a miracle and the experience of it can have lasting effects. The long-term goal is not to feel guilty about choices you or someone else convinced you of, but to feel empowered and confident. Having a doula or an excellent support/partner also means someone by your side to help you when you feel most vulnerable. Then when baby arrives healthy, yet possibly crying or screaming, you can fully enjoy that moment and embrace that love and motherhood. 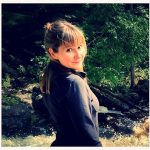