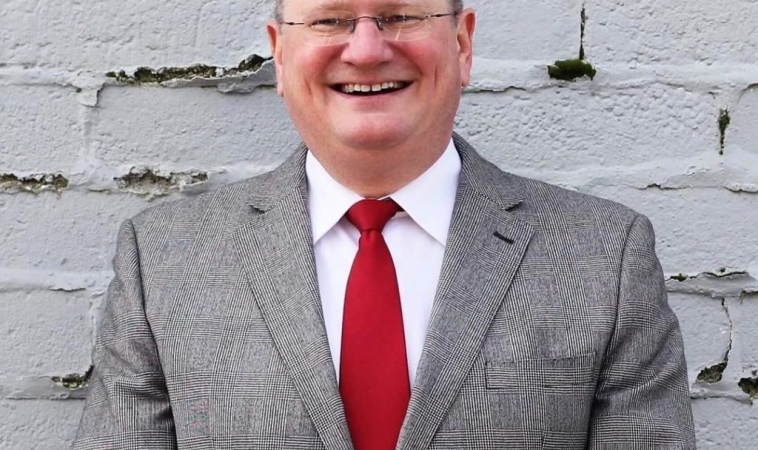 The news of a cancer diagnosis can feel devastating to a once ordinary life. Cancer is a difficult experience. Anxiety and fear creep into the mind often, if not constantly. While life can feel out of control, there are foundations of good health which can help during this time.

In a featured episode from The Naturopathic Times podcast, Katarina and Stephanie chat with Dr. Paul Anderson, NMD. Dr. Anderson has over thirty years of clinical practice in integrative oncology. Dr. Anderson’s mom, a registered nurse who believed in natural healing before it was fashionable, introduced him to naturopathic care. He started his medical career wanting to practice primary care medicine, yet his innovative side kept attracting chronic cases and cancer patients. Time has proven to him that a person’s mental/emotional state is closely tied with their ability to fight disease, including a cancer diagnosis. He has seen firsthand how fear is the enemy of good medicine and healing. Throughout his practice he has helped his patients gain control over their internal self through simple fundamentals.

When he started studying naturopathy in the early eighties, Oregon had the broadest scope of practice anywhere. Then, Arizona moved onto the scene. Washington had almost no scope and California had no licensing. In fact, there were very few states licensed and only about 360 naturopaths. If he had not grown up in the Portland area, he probably would have never found it.

There are now more schools and more licensing. So, on the macro level, it has gotten better. Relationships are still made one doctor to doctor at a time. Some mainstream doctors trust naturopathy while others do not. Although Dr. Anderson now works on the government and national or international stage, there is still a fairly large number of prejudicial ideas about what a naturopath is or isn’t.

Dr. Anderson states that all the high-tech things that can be done have a place, but you must have a base upon which to try other treatments, whether they are oral supplements or herbs or hyperbaric oxygen therapies. He believes that the most successful patients have three foundational things in common. First is food, meaning diet and how it is put together and how clean the food is. Next is what he calls “muscle”, just to remember it, but the more muscle activity you have, the less fat activity, and metabolically, the more resistant you are to chronic illnesses like cancer. Get the body moving and working to the degree it is able. The third foundational part is brain, which includes your internal thoughts and how are you dealing with the diagnosis. It is important not to take in negative people or negative messages. He found that all the same other treatments can be done, but if those fundamentals are not in place, it’s like a house with no foundation. Luckily, it costs little to nothing to address the three fundamentals.

After the foundations, a doctor can focus on one group of herbs and then, something else. In the first oncology book that Dr. Anderson wrote with Dr. Mark Stengler, Outside the Box Cancer Therapies, they talked about the correlation between mind and body. However, a lot of the book was also about honoring traditional allopathic oncology. It is a tool that is neither good nor bad. Alternative oncology treatments are enlightening and supplemental to most patients. Both Anderson and Stengler always offered both options in various combinations.

There is rarely a protocol that was standardized to every cancer patient. Two people may have the exact same cancer, same gender, same age, and their bodies have totally different vitalities and abilities to deal with treatments. Some patients are not worried about the cancer. They just want to have an extremely good quality of life, and be as engaged and healthy as they can for as long as they can. That is a different perspective from someone with an aggressive cancer who wants to try everything to push back on the cancer. First consideration is what the patient really wants so long as what they want is not harmful. Anderson then advocates working as a team on a treatment plan to strengthen vitality. That is much more rewarding for the doctor and leads to a much more positive outcome for the patient. It’s not about ignoring or being happy about a cancer diagnosis, but about gaining control over the internal self to beat the disease.

Listen to this full episode of The Naturopathic Times podcast on Apple podcasts, Spotify, or Podbean and share it with someone you know! Let us know what you think by leaving a rating, and a review. As always, also subscribe to be updated on our future shows. Visit www.naturopathictimespod.com. Follow us on Instagram @Naturopathic.Times, and Like us on Facebook https://www.facebook.com/NaturopathicTimes .

Katarina Meisteris currently a fourth-year naturopathic medical student at Bastyr University California. While completing her undergraduate education at The University of Iowa (on the pre-medicine track), she realized that the conventional medical route is not the type of medicine she would like to practice after personal health experiences, shadowing doctors, and volunteering in hospitals. After experiencing Naturopathic Medicine first hand, she quickly made the switch to the naturopathic medicine route. Katarina will graduate with the class of 2021 next June.

Stephanie Yakupitiyage is currently a fourth-year naturopathic medical student at Bastyr University, California. After graduating with a B.A. in Psychology from Pepperdine University, she worked in an integrative medicine clinic which specialized in pain and rehabilitation. During this time, she realized there was a strong need for empathy and individualized treatment plans in the healthcare system. This lead her to discover a passion for naturopathic medicine. Stephanie will graduate with the class of 2021 next June.