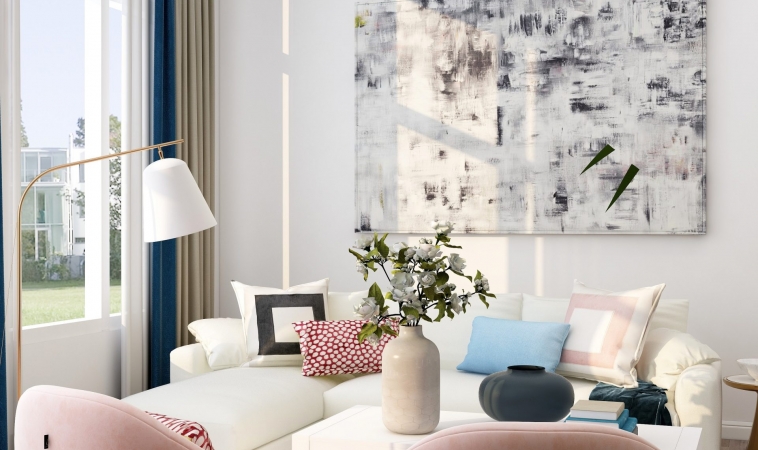 A new type of ultraviolet light that is safe for people took less than five minutes to reduce the level of indoor airborne microbes by more than 98%, a joint study by scientists at Columbia University Vagelos College of Physicians and Surgeons and in the U.K. has found. Even as microbes continued to be sprayed into the room, the level remained very low as long as the lights were on.

The study suggests that far-UVC light from lamps installed in the ceiling could be a highly effective passive technology for reducing person-to-person transmission of airborne-mediated diseases such as COVID and influenza indoors, and lowering the risk of the next pandemic.

“Far-UVC rapidly reduces the amount of active microbes in the indoor air to almost zero, making indoor air essentially as safe as outdoor air,” says David Brenner, PhD, director of the Center for Radiological Research at Columbia University Vagelos College of Physicians and Surgeons and co-author of the study. “Using this technology in locations where people gather together indoors could prevent the next potential pandemic.”

The study was published March 23 in the journal Scientific Reports, a Nature journal.

“Far-UVC light is simple to install, it’s inexpensive, it doesn’t need people to change their behavior, and above all it’s a safe way to prevent the transmission of any virus, including the COVID virus and its variants, as well as influenza and also any potential future pandemic viruses,” Brenner says.

What is far-UVC light?

Disinfecting indoor air with far-UVC light is a new approach to safely and efficiently destroy airborne viruses in occupied spaces, including the viruses that cause COVID and influenza.

Scientists have known for decades that a type of ultraviolet light known as UVC light rapidly kills microbes, including bacteria and viruses. But conventional germicidal UVC light cannot be used directly to destroy airborne viruses in occupied indoor spaces because it is a potential health hazard to the skin and eyes.

About a decade ago, Columbia University scientists proposed that a different type of UVC light, known as far-UVC light, would be just as efficient at destroying bacteria and viruses but without the safety concerns of conventional germicidal UVC.

Far-UVC light is safe for people because it has a shorter wavelength than conventional germicidal UVC, so it can’t penetrate into living human skin cells or eye cells. But it is equally efficient at killing bacteria and viruses, which are much smaller than human cells.

In the past decade, many studies around the world have shown that far-UVC is both efficient at destroying airborne bacteria and viruses and safe for use around people. But until now these studies had only been conducted in small experimental chambers, not in full-sized rooms mimicking real-world conditions.

In the current study, scientists at the University of St. Andrews, University of Dundee, University of Leeds, and Columbia University tested the efficacy of far-UVC light in a large room-sized chamber with the same ventilation rate as a typical home or office (about three air changes per hour).

During the experiment, a sprayer continuously emitted an aerosol mist of S. aureus bacteria into the room. (This microbe was chosen because it is slightly less sensitive to far-UVC light than coronaviruses, providing the researchers with an appropriately conservative model.) When the concentration of microbes in the room stabilized, the researchers turned on commercially available overhead far-UVC lamps.

At an intensity based on the current regulatory limit on far-UVC light exposure, set by the American Conference of Governmental Industrial Hygienists, the far-UVC lamps inactivated more than 98% of the airborne microbes in just five minutes. The low level of viable microbes was maintained over time, even though microbes continued to be sprayed into the room.

“Our trials produced spectacular results, far exceeding what is possible with ventilation alone,” says Kenneth Wood, PhD, lecturer in the School of Physics and Astronomy at the University of St. Andrews and senior author of the study. “In terms of preventing airborne disease transmission, far-UVC lights could make indoor places as safe as being outside on the golf course on a breezy day at St. Andrews.”

“Previous studies have shown that far-UVC light can kill the COVID virus, other human coronaviruses, influenza, and drug-resistant bacteria,” Brenner says. “What’s particularly attractive about far-UVC technology as a practical method of preventing indoor disease transmission is that it will be equally good at inactivating all future COVID variants, as well as new infectious viruses that have yet to emerge, while retaining efficacy against ‘old fashioned’ viruses like influenza and measles.”

Finally, because of the way ultraviolet light kills microbes, viruses and bacteria cannot develop resistance as they do with vaccines and drug treatments.

The study, titled “Far-UVC (222 nm) efficiently inactivates an airborne pathogen in a room-sized chamber,” was published in Scientific Reports on March 23.

The study was supported by grants from the U.K. Health Security Agency.

David J. Brenner and co-inventors have been granted a U.S. patent titled “Apparatus, method and system for selectively affecting and/or killing a virus” (US1078019B2). Columbia University has licensed aspects of filtered UV light technology to USHIO Inc. and has received a research gift from LumenLabs, a company producing far-UVC sources. Other disclosures are noted in the paper.