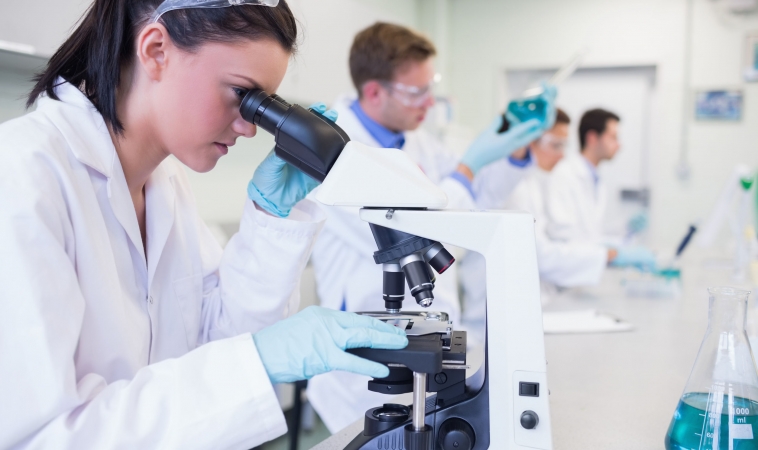 In 1930, 1 in 3,000 people were diagnosed with cancer. Today, the statistic is 1 in 3, and 1 in 2 in some cases. Cancer takes an undeniable toll on our population, and we now live in a certain fear of this epidemic. As a mother, this is not a fear I want our children to live with.

In the U.S. alone, the estimated 2015 death toll was 589,430 deaths from cancer, and there was an estimated 1.6 million newly diagnosed cancer cases. Globally, it is estimated that 14 million people will be diagnosed with cancer each year. There is an ever-increasing mountain of scientific evidence that chronic diseases such as cardiovascular disease and diabetes, as well as cancer, are in large part preventable by modifying our lifestyle habits and environmental exposure to carcinogens. Much of the focus of the War Against Cancer has been in finding novel chemotherapeutic and pharmacological treatments. Since we know that lifestyle and environmental toxins are largely to blame, we need to shift our thinking towards prevention. We do not need to wage a war against cancer, but against the many environmental causes. It may seem shocking to claim that cancer is preventable, but there is much research to support this idea.

The concept of preventability of cancer is not new, and in fact has been around for decades. A landmark paper by Richard Doll and Richard Peto published in 1981 presented this concept. This was one of the earlier associations made between smoking and deaths from cancer, a bad habit which caused 30% of all cancer deaths in the U.S. at the time.

A major source of information has been meticulously gathered by The American Cancer Society beginning in 1952. They’ve gathered a plethora of statistics in this arena by conducting large, landmark cancer prevention studies. These studies have incorporated an astounding 188,000 to 1.2 million participants in each of their 4 studies.

Some of the key findings from these prevention studies, which we now accept as common knowledge, are that low physical activity, longer sitting time, high intake of red and processed meats, smoking, and high alcohol intake all increase the risk of cancer and death. Also, obesity is a major risk factor in death because of its association with a number of cancer types: colorectal, breast, and other cancers.

A study in 1998 by the American Association for Cancer Research found that preventable extrinsic factors were responsible for as many as 75-80% of all fatal cancers in the United States. Intrinsic factors are those that are genetically inherited, that result in random errors in DNA replication which lead to mutations. On the other hand, extrinsic factors are environmental factors that cause mutagenesis of DNA (i.e., carcinogens, ultraviolet light, etc.).

In fact, the place where people reside was shown to play a major role in cancer rates. This is largely due to the diet that is pervasive in certain cultures. For example, Asians eat significantly more soy-based foods each day, which are known to reduce the risk of prostate, breast and colon cancer. The American diet tends to be higher in processed fat, casein, and calories, all of which are known to increase cancer risk.

In a 2008 study, researchers at M.D. Anderson Cancer Center estimated that genetic defects lead to only 5-10% of all cancer cases, and 90-95% are due to our lifestyle and the environment. These lifestyle factors include diet (processed meat, fried foods), cigarette smoking, alcohol, environmental pollutants, sun exposure, stress, infections, obesity and physical inactivity. The majority (30-35%) of cancer-related deaths are due to diet, 25-30% are caused by tobacco and 15-20% are due to infections. About one third of US cancers – 340,000 cancer cases – are preventable through being physically active, eating a healthy diet, and maintaining a healthy weight.

A 2016 Naturepaper put a new twist on the topic of nature vs. nurture, or intrinsic versus extrinsic risk factors. Their idea is that more frequent stem-cell divisions found in some tissue types that divide and replicate more frequently create fertile ground for more mutations that are carcinogenic. However, it’s the external factors behind the scenes that provoke the mutations. They showed that intrinsic risk factors contribute only to a small extent (10-30 % of lifetime risk of cancer), and extrinsic factors contribute 70-90%. In plain English, we are not a victim of our genes, but rather, our genes are affected by our environment.

Through randomized clinical trials, researchers at the Fred Hutchinson Cancer Research Center showed that diet and physical exercise actually change biomarkers for cancer risk. When sedentary and overweight women were placed on a one year moderate-intensity aerobic exercise program, they had decreased serum levels of estrogen, insulin and testosterone, all biomarkers for cancer risk. They also found a similar one year exercise program in men reduced proliferation of colon crypt cells, another cancer biomarker.

So clearly there is an abundance of evidence from major cancer research institutes and prominent researchers that cancer risk is preventable in many cases (70-90%). We are not condemned by our genetics, but in fact, we often have the ability to make the right choices to reduce our risk for cancer. We can choose a healthy diet, exercise, lose weight, stop smoking, reduce alcohol levels, reduce stress levels, and avoid environmental pollution and carcinogen-containing products. We can literally walk into each room in our home and come across chemicals and substances that are linked to cancer. Our mission at NaturalPath is to educate and empower you to live naturopathically, so you and your family can enjoy the best health. Health really is the best wealth. And prevention is the best cure.

Below are some of the chemicals and environmental toxins often associated with cancer risk, and some supporting research:

Dioxin and PCBs that accumulate in animal fat: http://www.ncbi.nlm.nih.gov/pubmed/26292060

DBP in soft plastics like raincoats and shower curtains: http://www.ewg.org/enviroblog/2008/05/cheatsheet-phthalates