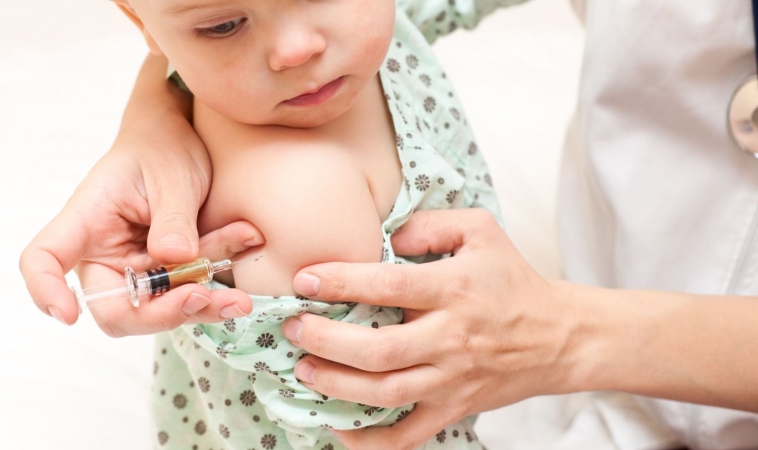 It would be a disservice to not have another perspective regarding vaccinations on this naturopathic medicine website. I was rather startled to see such a pro-vaccination article last month by a fellow naturopathic physician. https://naturalpath.net/body/pediatrics/thinking-measles/

Dr. Evans wrote: “As a naturopathic physician, I believe my role is to look at all sides of a medical challenge and figure out the best approach to optimal health for my patients.”

Her article is very poorly researched. The three references Dr. Evans used that provided information backing her article were all from the CDC. That is a one-sided debate. It’s the wolf guarding the hen house. The CDC has known associations with the pharmaceutical companies that make the vaccinations. There’s quite a revolving door between the CDC and the vaccine companies. 1, 2, 3, 4 Imagine if McDonalds’ put some people on the payroll that did studies proving how healthy the food was there. Would you believe them?

Next, the article goes on to state: “Vaccines are very safe, but they are not risk free; nor are they 100% effective.” The Merriam-Webster dictionary defines “safe” as ‘free from harm or risk.’5

So it is untrue to say something is safe when it also has risks. Upon closer investigation, those risks begin to take on rather large proportions, thereby further discrediting the claim that vaccines are safe. And there is so much information out there that it’s not difficult to gain a broader perspective on the safety of vaccinations. Adverse reactions to vaccinations are not rare. They’re just denied.

In 2014, the Vaccine Adverse Event Reporting System (VAERS) reported around 140 deaths after a vaccine in the US6. It is estimated that between 1 and 10 % of all adverse health outcomes which occur following vaccination are actually reported to VAERS.7, 8, 9 So we can estimate more accurately that 1,400 to 14,000 deaths actually occurred in 2014 from vaccines, which means that vaccinations may even be responsible for more deaths than by firearm homicides in the US.10

Additionally, safety studies have never proven a vaccine to be safe since they are not true safety studies. They take a vaccine and compare it to “placebo” which is supposed to be an inert substance, but instead is another vaccine with a “known side-effect profile.” In other words, it is a vaccine with a long list of side effects. If you read the studies in their entirety, you see that many participants experience pretty severe side effects but they don’t count them in the conclusion because these side effects resulted from the placebo as well.11 So if the control has those same side effects that our new vaccine elicits, then we don’t have to mention them in the conclusion of our safety study. Conclusion, our vaccine is safe. And again, who is doing the studies? The vaccine companies. How absurd is that? Furthermore, vaccines are only observed for a maximum of 14 days and then considered “safe” after that time period. What can you really observe in 14 days? Autism, for example, doesn’t always manifest in the 14 days following vaccination. Neither do many of the other chronic diseases manifest within the 14 days that vaccines are measured within that determines their safety. Additionally, each study of the safety of a vaccine only studies its own safety profile and not along with the 50+ doses of vaccines that most children receive before the age of 5. There are also no transgenerational studies to scrutinize what effects vaccines are having on our genetic code. Some viruses can alter DNA and the genetic code.12 Some vaccines contain live viruses that are introduced right into the bloodstream, bypassing a major stage of our natural immunity. What are those vaccine viruses doing to our DNA? Now imagine all the toxic ingredients that are present in the vaccinations, along with the viruses and bacteria that come along with them. No study is being done on what those potential interactions are doing to our bodies in the long run.

Oddly enough, written right on the insert of the MMRII vaccine by Merck is a list of adverse reactions.13 Here are some of them. Atypical measles. So some people who may not even have contracted measles, get it from the vaccination. Pancreatitis which is associated with increased morbidity and mortality. However, if a child were to die from pancreatitis, the statistics would associate pancreatitis to that death and not the vaccination that caused the pancreatitis. Diabetes mellitus. Arthritis. 12-26% of women in the study developed arthritis of more marked and of longer duration than in children. Encephalitis. Encephalopathy. Guillain-Barré Syndrome. Febrile convulsions. Afebrile convulsions. Ataxia. Polyneuropathy. Ocular palsies. Pneumonia. Otitis media (ear infections) and deafness. Death.Yes. Children do die from vaccinations. If you’re not familiar with some of these other diseases, you can look them up to see whether or not such side effects still constitute “safety” in vaccinations.

To keep it simple, vaccines can contain live viruses, and many contain the following ingredients:

Formaldehyde. MSG. Aluminum. Thimerosal, which is a form of mercury. Monkey and chicken kidney tissue. Bovine albumen. Sorbitol. And more.

You wouldn’t want to see your children ingesting a bowl of cereal containing any of these products.

Now how about injecting them right into the bloodstream?

The article also states: “At this time, there is no documented causality of autism from MMR or other vaccinations.” She must not have read the press release from the CDC researcher about covered up data. “I regret that my coauthors and I omitted statistically significant information in our 2004 article published in the journal Pediatrics. The omitted data suggested that African American males who received the MMR vaccine before age 36 months were at increased risk for autism. Decisions were made regarding which findings to report after the data were collected, and I believe that the final study protocol was not followed.”14 If this is one admission of omitted data and study protocols that are not adhered to, how many have actually occurred that have not yet been reported?

What about all of the parents who have no doubt that their healthy child became sick immediately following vaccination?

There are thousands of parents out there who know, without a doubt, that vaccines cause autism because they observed their child go from healthy to autistic soon after vaccination.15 Yet many doctors continue to deny any connection between the child’s severe injuries to the vaccinations, even though those reactions are listed on the vaccine insert and despite the parents’ certainty of the link. How can we trust the reported statistics with all these conflicts of interests, big pharma-CDC revolving doors and the lack of true scientific protocol in medicine?

The USA has the highest rates of vaccinations in the world, twice that of any other country, and also the highest incidences of autism.16 A coincidence? I think not. According to different sources, autism rates in children were as follows in previous years. 1, 17, 18

There are other potential factors that may have contributed to the increase of autism, but when compared to how the rates of vaccinations have increased over the same period of time, a clear and obvious pattern begins to emerge. In 2007, an organization called Generation Rescue conducted a study in California and Oregon concerning rates of autism and behavioural disorders in vaccinated versus unvaccinated boys. They state, “We surveyed over 9,000 boys in California and Oregon and found that vaccinated boys had a 155% greater chance of having a neurological disorder like ADHD or autism than unvaccinated boys.“19

By the year 2025, if something doesn’t change, it is predicted that 1 out of every 2 children will have autism.1Aren’t things supposed to get better with time and not worse? If these rates represented the failing profits of a company, the CEO would have been fired a long time ago.

Since the main focus of Dr. Evan’s article was regarding measles, there is also clear evidence that there was a natural and drastic decline in measles before the MMR vaccine was ever introduced,20 which renders it completely unnecessary to begin with. This is a link to an image of an article that clearly depicts this phenomenon.

These facts are bleak and should help to make it much clearer that calling vaccines “safe” is far from the truth. Do you trust the revolving doors between the big pharma companies that make the vaccines and the CDC and other governing bodies that have been bought by big pharma? If you knew a drug contained mercury, would you have your child swallow it? If you knew that several different ingredients were individually unhealthy, would you make a cocktail of them all and drink them altogether, hoping for the best?

Are vaccinations even necessary at all? What should a parent do to protect their child from certain illnesses like measles? There are many things that parents can do to protect their children from infectious diseases besides vaccinations, and treat them if they do contract any illness. Isn’t that what naturopathic medicine is really for? Stay tuned for my next article that will show naturopathic ways to prevent and/or treat these illnesses, so we can rest assured that our children are in the very best care of nature that they can be. 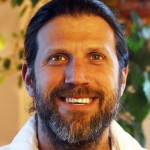 Moshe Daniel Block, ND, HMC is the author of The Revolution of Naturopathic Medicine: Remaining True to Our Philosophy, a book about the philosophy and practice of naturopathic medicine. He graduated from the Canadian College of Naturopathic Medicine (Toronto, Ontario) in 2000. Dr Block then went on to complete the Homeopathic Master Clinician course with Louis Klein, FSHom, in 2003. He specializes in autoimmune illness and myasthenia gravis, a disease he was personally diagnosed as having and from which he has healed himself. He teaches the very wisdom and knowledge that helped him heal himself and others in his Holistic Counseling course for NDs, students, and other health care professionals. Some of the other projects Dr Block has worked on can be found at his private practice website, his book website, and his global website.