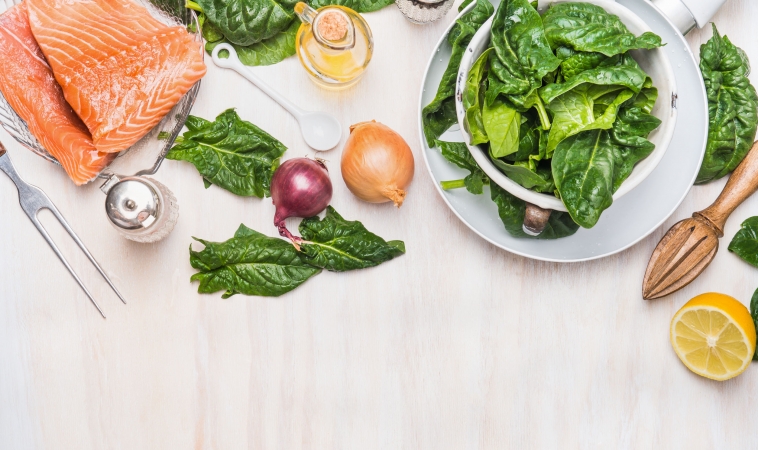 Autoimmune diseases are those in which an individual’s immune system attacks its own cells or tissues under the belief they are invaders. These disorders often arise from imbalances in our T-helper cells, specifically Th1, Th2, and more recently noted, Th17 cells.1 Increased stimulation of one type of T helper cell versus the others can lead to a variety of immune outcomes from autoimmune flare-ups, eczema, irritable bowel syndrome (IBS), asthma, allergies, and even the initial onset of autoimmune conditions.

Examples of autoimmune disorders include multiple sclerosis (MS), inflammatory bowel diseases (IBD) such as Crohn’s and Ulcerative colitis, type 1 diabetes, rheumatoid arthritis (RA) and psoriasis. These conditions tend to be life-long diseases and require constant management to keep the immune system in check. Although conventional medical treatment includes immunosuppressive therapy, close links between the diet and the progression of these diseases has been noted.

The Autoimmune Protocol or Autoimmune Paleo diet (AIP) is a diet that reinforces anti-inflammatory foods, while eliminating foods that tend to be pro-inflammatory instigators. Although this diet has only recently been studied, clinically, it has been used with success in many cases.

Autoimmune conditions are linked to T-helper cell levels and activity, however, the factors that trigger these cells and their pathways include food sensitivities and gut dysbiosis. Foods, medications and other consumables can contribute to inflammation and exacerbate the condition, creating a somewhat damaged intestinal lining, allowing even more foods to reach the blood stream from intestinal permeability. These are the same processes that lead to food sensitivities.

Food sensitivities not the same as food allergies 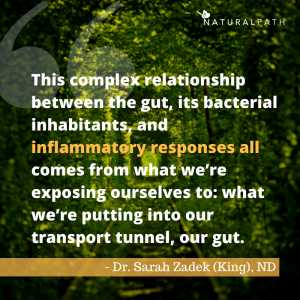 Diet and the gut microbiome

This sounds like a bit of a mess! But where does it all start? Typically, from the diet and the gut microbiome, both of which affect each other as well. That is, what you eat will determine which species and strains of bacteria will take residence in your gut. But also, the gut bacteria themselves can influence what you eat by communicating with your brain via the enteric nervous system (the nervous system of your gut) leading to cravings for foods such as sugar and carbohydrates. To make matters more complicated, these bacteria in the gut also modulate immune responses, specifically the T regulatory cell and Th17 balance!2

Well, yes and no. There are definitely genetic factors that can predispose someone to developing an autoimmune condition, but the research is showing that environmental factors have a much larger impact and are more important in triggering these diseases.2

Let’s focus on what we’re consuming in the diet

In addition to the diet, other factors in disease onset and progression include alcohol consumption, smoking, high psychosocial stress, and obesity.2 But, for now, let’s focus on what we’re consuming in the diet. Multiple autoimmune disorders such as IBD have been linked to the standard Western diet consisting predominantly of refined carbohydrates and higher ratios of omega-6 fatty acids, with very little fiber and nutrient-dense foods.3

AIP diet in those with IBD

One recent study of the AIP diet in those with IBD found significant improvements and clinical remission in 73% of participants by week 6 of the diet, and stayed in remission until the end of the study, 5 weeks later.3 This isn’t to say that the AIP diet will cure autoimmune disorders, but it does present a relevant adjunctive therapy to those who are already undergoing medical treatment and/or immunosuppressive therapy.

Perhaps you have an autoimmune disorder, or a history of immune system issues or inflammation. The AIP diet is designed to eliminate foods known to cause inflammation, especially in cases of chronic disease. Imagine the gut like a tunnel spanning from “gum to bum.” It is a vestibule with security detail: walls lined with guards standing shoulder to shoulder. In this strict formation, the guards prevent food particles from just passing through without being digested first. But these guards have a tough job. They have food being thrown at them from the crowd, and they have bacteria all over the place. Some of these bacteria can be extremely helpful, helping control the crowd, allowing nutrients to be absorbed, and keeping the guards in their tight formation. While other bacteria can be disruptive and destructive. And just like a petulant 3-year old, they love sugar and other “bad”/less-healthy foods. Their presence can cause more issues like depression, anxiety, gas, bloating, diarrhea and constipation – just to name a few.

This complex relationship between the gut, its bacterial inhabitants, and inflammatory responses all comes from what we’re exposing ourselves to: what we’re putting into our transport tunnel, our gut.

The AIP diet tries to take the guess work out by eliminating the classic food groups that we typically see in those with immune dysfunction or chronic inflammation. Remember, a small amount of inflammation is good! The body gets a chance to heal and become stronger. But generally, in many of these conditions, the body hasn’t had a chance to heal and instead is hit by the same inflammatory pathways and signals over and over again, and never gets the chance to recover.

The following is a guideline for the AIP diet; feel free to individually adapt

The following is a guideline for the AIP diet, but this can and should be adapted for each individual. Especially as certain conditions can overlap. For example, someone with irritable bowel syndrome (IBS), may react to high “FODMAP” foods, such as the oligo-fructans in garlic and onions. Garlic and onions are definitely allowed on the AIP diet; however, some people may find that other foods like these can exacerbate their IBS symptoms. Lactose is another example: Being lactose-intolerant involves low or absent levels of the lactase enzyme, and not the lactose initiating an inflammatory immune pathway.

Foods to Eliminate on the AIP diet

Foods that can be consumed on the AIP diet

We are all individuals with different sensitivities

Keep in mind that we are all individuals with different sensitivities. Each person who suffers from rheumatoid arthritis isn’t going to react or flare up with nightshades, but these guidelines serve as a starting point. Depending on the advice of your healthcare practitioner or nutritionist, you may need to eliminate these foods for as little as 6 weeks, or as many as 12 or more weeks. Specific probiotics and other gut-healing substances may also be added in to aid in gut repair. Afterwards, your practitioner can guide you on which foods to try re-introducing to find out which ones are still causing an issue. These individual modifications should be made to help transition the AIP diet into a long-term dietary lifestyle for disease management.

Dr. Sarah Zadek (King), ND, is a licensed Naturopathic Doctor, graduating from the Canadian College of Naturopathic Medicine in 2014. Prior to completing her medical studies, she attended Nipissing University where she received her Honors Bachelor of Science in Biology. Sarah has a passion for women’s health and is a birth doula in Durham and Toronto Region. She treats a wide variety of health conditions including menstrual disorders and hormone balancing, fertility, prenatal care, digestive concerns, skincare and mental health/anxiety. Outside the office Sarah is an avid runner with a love of the GTA’s best forest trails. She also continues to improve her yoga practice and teaches breath work as part of stress management counselling to her patients.