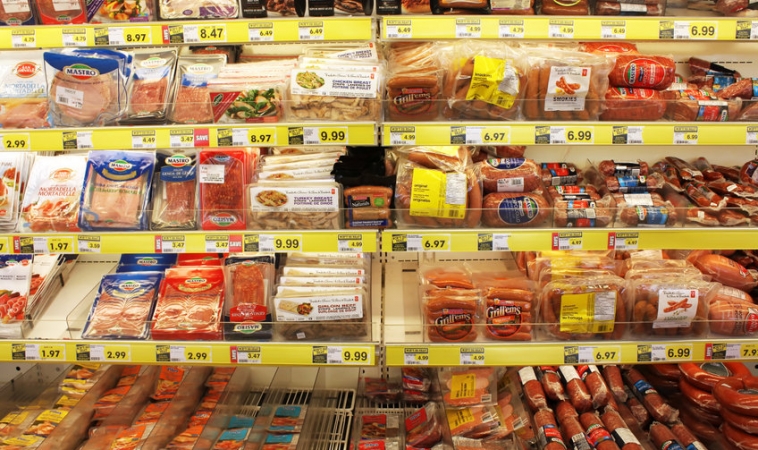 Consumption of ultra-processed foods has increased over the past two decades across nearly all segments of the U.S. population, according to a new study by researchers at NYU School of Global Public Health.

“The overall composition of the average U.S. diet has shifted towards a more processed diet. This is concerning, as eating more ultra-processed foods is associated with poor diet quality and higher risk of several chronic diseases,” said Filippa Juul, an assistant professor and postdoctoral fellow at NYU School of Public Health and the study’s lead author. “The high and increasing consumption of ultra-processed foods in the 21st century may be a key driver of the obesity epidemic.”

Ultra-processed foods are industrially manufactured, ready-to-eat or heat, include additives, and are largely devoid of whole foods. Previous studies by researchers at NYU School of Global Public Health have found that higher consumption of ultra-processed foods is associated with obesity and heart disease.

In the new study, published in the American Journal of Clinical Nutrition, Juul and her colleagues analyzed dietary data from nearly 41,000 adults who took part in the CDC’s National Health and Nutrition Examination Survey from 2001 through 2018. Participants were asked what they ate in the past 24 hours, and the researchers sorted the foods reported into four categories:

The researchers then calculated the percentage of calories consumed from each food group.

Ultra-processed food consumption grew from 53.5 percent of calories in the beginning of the period studied (2001-2002) to 57 percent at the end (2017-2018). The intake of ready-to-eat or heat meals, like frozen dinners, increased the most, while the intake of some sugary foods and drinks declined. In contrast, the consumption of whole foods decreased from 32.7 percent to 27.4 percent of calories, mostly due to people eating less meat and dairy.

Given the growing intake of ultra-processed foods in the U.S. and mounting evidence linking these foods to chronic diseases, the researchers recommend implementing policies to reduce their consumption, such as revised dietary guidelines, marketing restrictions, package labeling changes, and taxes on soda and other ultra-processed foods. They also support programs and policies to increase the availability, accessibility, and affordability of whole foods, especially among disadvantaged populations.

“In the current industrial food environment, most of the foods that are marketed to us are in fact industrial formulations that are far removed from whole foods. Nevertheless, nutritional science tends to focus on the nutrient content of foods and has historically ignored the health implications of industrial food processing,” said Juul.

Moreover, while the study focused on data from before COVID-19, there are indications that the pandemic led to an increase in eating less nutritious, shelf-stable foods.

“In the early days of the pandemic, people changed their purchasing behaviors to shop less frequently, and sales of ultra-processed foods such as boxed macaroni and cheese, canned soups, and snack foods increased substantially. People may have also eaten more packaged ‘comfort foods’ as a way of coping with the uncertainty of the pandemic,” added Juul. “We look forward to examining dietary changes during this period as data become available.”

Additional study authors include Niyati Parekh and Virginia Chang of NYU School of Global Public Health and Euridice Martinez-Steele and Carlos Augusto Monteiro of the University of São Paulo.