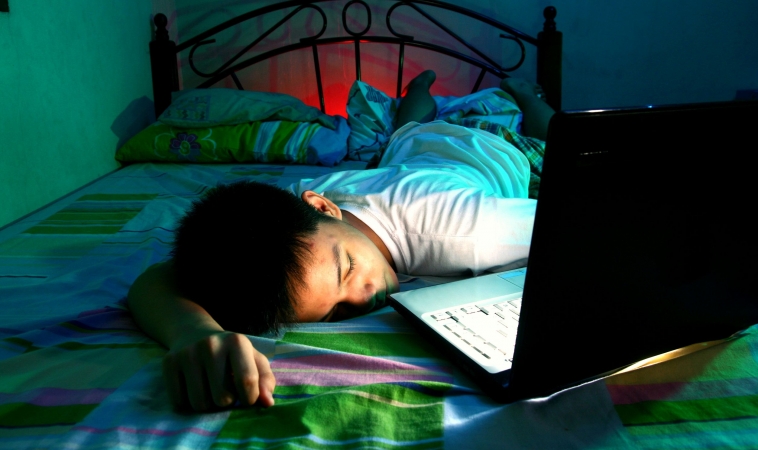 Sleep apnea is a common disorder suffered by millions of Americans. During sleep the brain is deprived of oxygen, making it literally impossible for the person to get into deep REM sleep. This can create severe fatigue, irritability, heart problems, and overall poor daily function. It has also been linked to increased cancer diagnosis as I discuss in my recent Natpath article, Sleep Apnea and Cancer, The Not So Silent Connection. The common treatment for sleep apnea is the CPAP, a breathing device that is worn at night, forcing air down the throat so the person is not deprived of oxygen and can sleep.

Timothy, a 14-year-old boy, was referred to our office after a sleep apnea diagnosis and an asymmetrical facial growth that was affecting his speech and bite. Not wanting to use the CPAP, and wanting to avoid facial surgery, Timothy’s mother brought him to us first.

Timothy had experienced breathing difficulty through his nose for most of his life. At birth he suffered oxygen deprivation, which caused some brain damage. At the age of 14 he has a 3rd grade reading level and was home schooled, due to auditory difficulties. Besides the sleep apnea diagnosis, poor nasal breathing (history of sinus surgery that did help him breathe some), Timothy had a history of sensory integration disorder, where he had a hard time with over sensory stimulation, something most of us take for granted. For many “low functioning” children integrating all their senses together is very hard, they must focus on one thing at a time. His doctor had also diagnosed that his maxilla (cheekbones) were not growing at the same rate as his mandible (jaw bone), so surgery was recommended. He had just finished 5 years of vision therapy and sensory integration training- these were meant to help him use his senses together.

Timothy on first impression was a tall lanky, teenager with braces. He was very respectful and talkative, but did not make direct eye contact, was visibly fatigued, fidgety during intake and exam, and became easily irritated with his mother if she talked too much. He also exhibited tongue thrust (his tongue didn’t fit in his mouth), decreased nasal breathing, and poor standing posture.

He complains of severe fatigue in the morning, brain fog, severe difficulty focusing on homework, low attention span, (all of which are symptoms of sleep apnea and sensory integration disorders), and Restless Leg Syndrome, (of which he had recently increased his medication due to increasing tolerance). These are all common side effects of sleep apnea.

My medical practice is specializing in a treatment called NeuroCranial Restructuring™ (See this 2011 NDNR articleinterviewing my mentor). This therapy is in a group of cranial manipulation therapies called EndoNasal Specifics, and has been used for a near century to treat nasal breathing disorders, headaches, head and neck pain, Cerebral palsy, structural facial abnormalities, and many other conditions. In my clinic, a certain percentage of the patients we treat for sleep apnea have little to no ability to breath through their nose. This means poor compliance with wearing a CPAP, because most feel as if they are suffocating. Being able to breath through the nose is NOT overrated- think back on when you’ve had a horrible cold with nasal congestion- it’s fatiguing, irritating, and hard to focus.

On the first day of treatment, Timothy was withdrawn and anxious, not allowing me do much bodywork due to agitation with touch, but in the process of the appointment, he began to trust me and we were able to give him his first NCR treatment. On returning the second day, Timothy seemed calmer, even falling asleep on the table. His mother noted his “snoring” seemed less, and he was better able focus on his homework. Timothy told me he could breathe through his nose and had more energy on waking. After the second day of treatment, his mother stated he had no Restless Leg Syndrome for the last two nights without medication.

After the full 4-day session, Timothy exhibited increased focus, energy, and seemed to be more aware of me, and his surroundings. His maxilla and mandible had changed significantly, and he noted it felt like his tongue fit in his mouth, and his signs of sleep apnea were greatly decreased. His Restless Leg Syndrome had all but disappeared (along with the need for medication) and he was more stable and balanced in his standing posture.

The greatest change however, came from his mother. She stated that for the FIRST time in recent memory, even after 5 years of vision therapy, he was looking her in the eye when he talked to her. Not only that, he was interacting with improved confidence in social situations. This was a defining moment for Timothy and his family. Having a child with sensory deprivation suddenly become aware of his surroundings, and look into your eyes is something you will never forget. Many months after starting NCR his visual therapist noted that his vision continued to improve and stabilize, with no other added therapies besides NCR.

Timothy’s case is a perfect example of STRUCTURE AFFECTING FUNCTION, his brain needed more room, and with improved structural alignment, his overall sensory integration naturally improved. His sleep apnea diminished, and he did not feel the need to use his CPAP daily, mainly because he had increased airway space in the back of the nasopharynx.

With the addition of dietary modifications and nutrient therapy (removal of gluten, sugar, and dairy), NCR has greatly changed the future for Timothy. He returned to school, became much more social, engaging in school activities such as drama and dance, and is loving and open to people including me when I see him each year. His breathing continues to be excellent with yearly NCR treatments. As a doctor who knows the power of NCR, cases like Timothy’s never stop amazing me. I have much to learn from all my patients, especially the children, it’s been a great pleasure working with Timothy and his family!

*this case review was shared with permission of Timothy’s parents, and names have been changed to protect the patient. 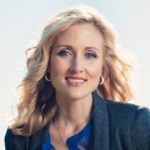 Dr. Hillary Lampers ND gained a BS in Natural Health Sciences with a Major in Nutrition and PreMed focus (2002) and a doctorate in Naturopathic Medicine (2007) both from Bastyr University.  She is founder and co-owner of Sky Valley Healing Arts in Snohomish, WA.

Dr. Hillary has integrated her training and knowledge to help patients with pain elimination, disease prevention, anti-aging, and lifestyle management. She is creator of the Get It Back online health coaching program, where she works 1:1 with patients, resetting hormone and brain chemistry to look and feel better. She has 15 years of advanced training in NeuroCranial Restructuring®, a revolutionary cranial and neurological therapy, and is currently one of only 18 globally certified practitioners.

When not learning from her patients, Dr. Hillary is spending time with her husband and two daughters in their garden, in the mountains, or traveling! Learn more about Dr. Hillary and her practice at drhillarylampers.com.