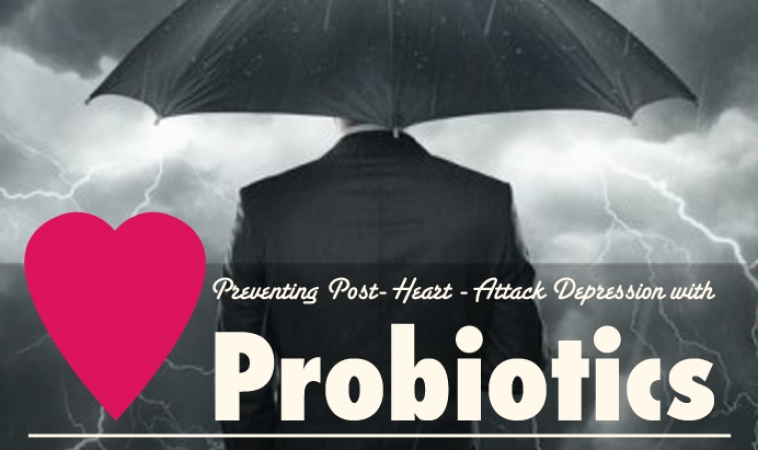 Research Focused on Preservation of a Complex Connection

When cardiac arrest occurs, there is a purposeful increase in inflammatory signaling to help reduce the severity of the heart attack. It is when this signaling is perpetuated long after the cardiovascular event that increases the risk of unnecessary damage to healthy brain structures.8

Caspases are one of the many enzymes that control apoptosis, purposeful cell death, and when over stimulated can accidentally harm healthy cells and structures.10 After a heart attack, levels of caspsase enzymes are elevated within minutes and remain elevated until signals of inflammation cease.8,11 In the limbic system, consistently elevated caspsase enzymes increase the risk of damage its delicate structures, pushing researchers to find a way to reduce this lingering elevation.

Reducing the overstimulation of this inflammation-causing enzyme is a promising method in reducing the risk of depression in heart attack victims.

In addition to nervous system tissues, like the limbic system, the gastrointestinal system is also subject to deterioration post heart attack. The lining of the digestive tract is the gateway from the outside world to the inside body, including to the nervous system. Rat models have shown promise in supporting the digestive tract lining via probiotic supplementation pre medically induced heart attack in reducing caspsase induced limbic system degradation.8It was found that placebo rats, those that did not receive probiotics prior to induced heart attack, had higher amounts of lipopolysaccharides (LPS) in circulation, molecules that activate inflammatory responses. LPS come from gram-negative bacteria residing in the digestive tract.14 Compromise in the intestinal lining leads to greater risk for LPS to enter the circulation, which increases stress responses and perpetuates inflammatory signaling.13,14

Probiotic strains have been tested in rat models to assess their ability to reduce gastrointestinal lining compromise.8,12Lactobacillus helveticus, Bifidobacterium longum and Lactobacullius farciminis were three of the specific probiotic strains that successfully protected against heart attack induced LPS increase in circulation.8,12 Rats that did not receive the probiotic mixture prior to heart attack exhibited more depressive behaviors including decreased social and sexual behaviors, reduced sleep quality and memory loss, in addition to having quantifiably more LPS in circulation.2,8

Probiotics have a known immune modulating effect, likely stemming from their ability to crowd out harmful bacteria in the digestive system. This offers protection against the perpetuation of inflammatory LPS induced destruction of healthy tissues in the body after a stressful event, including heart attack. 7,8,10 Addressing underlying digestive flora imbalances may prove to be a substantial way to reduce the pathogenesis of cardiovascular limbic system degradation.