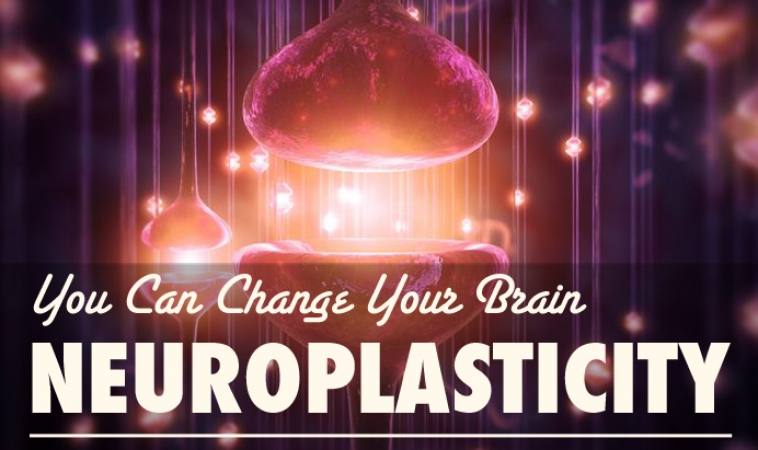 Two years of blindness was the ophthalmologist’s prognosis after a severe bout of optic neuritis left me completely blind in the right eye. Determined to beat that prediction, morning and night I stared at the small window outline behind the curtain in my room first with my good eye, and then searched desperately for it with my affected eye. In six weeks I returned to my ophthalmologist where, upon examination, he quietly said “you can see – that’s remarkable!” Back then I told him it was bone-headed determination, today I might have told him that through focused repetition I had stimulated the creation of new neurons and activated regions of my brain that were just never trained before, and that via an alternate route I had taught my brain to see what my optic nerve was unable to at that time. It’s the new neurology doc!

So much is changing in the world of neuroscience and the dogma that losing brain neurons is a downhill slide is no longer true. Science now tells us that the human body creates functional neurons until we die, this is called neurogenesis. At the same time we know that brain plasticity, also called neuroplasticity, is the ability of the brain to reorganize its pathways based on new experiences.

How does this work? Neuroplasticity is very much a normal, everyday process that underlies learning and memory. It is also the amazing ability of the brain to reorganize in order to process, understand, and integrate new skills or experiences. Think of pressing a key (new information) into a piece of clay (your brain).  The clay changes when the key is pressed to it.  And it can change again and again.  Similarly, the brain reorganizes or “rewires” itself in response to new information – a detour of sorts that neurons are capable of taking around damaged tissue to re-create a functional response in an unaffected area.

Neuroplasticity is the process that allows all learning, training, and rehabilitation to occur. It requires a repeated stimulus (practice) either real (flexing a muscle) or perceived (visualizing that muscle flexing). Without realizing it, this phenomenon has been at work for centuries. Tenacious, even “unexplained” recovery from accidents, learning a new language, even an athlete visualizing the race before it begins are all examples of neuroplasticity at work. And if we keep exercising the brain it remains plastic and able to change throughout our lives – right until the end.

To study neuroplasticity functional MRI (fMRI) detects how certain regions “light up” on a scan while performing standard motor or sensory tasks. This activity allows scientists to map a brain and then compare people with brain injury, such as those with MS, and healthy individuals and show how specific regions of the brain can effectively take over the function of other, damaged areas.

There is more and more evidence to show that neuroplasticity may enable the MS brain to compensate for damage to neurons in an effort to rapidly restore lost function or maintain good function. The challenge becomes embracing this new science and the body’s innate capacity and change to develop clinical strategies that reduce symptoms and speed recovery in the brains of people with MS.

According to Tomassi et al, failure of adaptive plasticity with increasing pathology is suggested to contribute to progression of disability in multiple sclerosis (MS). However, functional impairments can be reduced with practice, suggesting that brain plasticity is preserved even in patients with substantial damage.

This group of researchers found that brain plasticity is preserved in MS patients despite a high burden of damage to the brain. This is exciting because these findings challenge the notion that progression of MS is accompanied by an outright failure of this adaptive plasticity, supporting a neuroscientific rationale for recovery-oriented strategies even in chronically disabled patients. 1

The Tactile Communications and Neurorehabilitation Lab (TCNL) at the University of Wisconsin is the brain child of the late Paul Bach-y-Rita, an American neuroscientist who was one of the first to seriously study neuroplasticity. This research center actively studies the theory and application of applied neuro­plasticity.

Using a device developed by Bach-y-Rita called the PoNS in conjunction with repeated exercise therapy, the lab has completed two “Reducing Symptoms of MS” studies. And, while the numbers are small the results are promising.

Subjects in the first study gained improved balance and gait beyond what is typically available with conventional physical therapy treatment. In the second study, all subjects showed improvement in quantitative measurements of sensory organization, balance, posture, gait, neural function, and in physical, cognitive, and psychological abilities. A third study is now underway with subjects who have advanced MS. I will report more on this in a separate blog as the study progresses.

All aspects of MS benefit from making neuroplastic practice a part of your regular recovery regeime. It can be as simple as adding a targeted exercise to the end of your regular daily exercise. The more frequently the better. If you are not physically able to do your intended exercise yet, close your eyes and visualize it over and over – this sends the stimulus to the brain none the less. For example just this week I showed a patient who was having some motor function issues in her hand some exercise to improve that. First from the position of a closed fist she slowly uncurls the fingers and curls them back up and repeats this 10x, then she does a move I call ‘jazz hands’ where, from a closed fist she splays her fingers and also repeats 10x, this set can be repeated until fatigue. In another situation a patient with foot drop taps her toes on the affected foot while humming her favourite song (yes you can use your iPod too). Ultimately speak to a good physio or exercise therapist for a program specific to your needs.

The take-home message is that the brain, both structurally and functionally, has the ability to change with practice, practice, practice. Whether it is creating new pathways for vision, tapping a toe, maintaining balance, restoring memory or learning to walk again the brain’s cortical maps and other pathways are constantly undergoing a process of transformation. While neuroplasticity has captivated the minds of scientists for decades, it is just now moving front and centre as a viable therapy in the lives of people with MS.

While thought itself cannot resurrect dead tissue, it can stimulate any remaining tissue to reorganize itself to take on the functions of damaged tissue 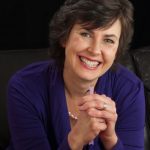 Teri is a Naturopathic Doctor and founded the Waterdown Clinic of Naturopathic Medicine in 2002. She is a skilled general practitioner with a passionate commitment to the foundations of naturopathic medicine, treating people of all ages and health status. Areas of special interest include Multiple Sclerosis and Complex Chronic Illness.

With a diagnosis of her own, Teri has been active in the MS community since the mid 80’s. Today she coaches individuals and groups on living well with MS as well as working with people in private practice to reduce the impact of MS and other chronic illness, on their lives.

Prior to becoming an ND, she spent 10+ years in the frantic world of corporate public relations and communications where she learned first-hand what 70 career hours per week can do to you and your health.

She strongly believes that knowledge of the processes of health and disease is not proprietary and empowers individuals and organizations with programs that make a palpable difference in how we engage and perform in our lives.

Teri is an enthusiastic student of the healing power of nature, and a person’s ability to access their own health potential and communicates this regularly in both clinical practice and in her lecturing and public speaking.

She draws on all aspects of her education and experience to create opportunities that impact the lives of those looking to restore and maintain health. Through her work she reaches medical professionals and students, the general public as well as corporate and private groups.

Achieving and maintaining good health is both complex and dynamic and can be profoundly impacted by some very simple choices. Teri believes that wherever you are on the continuum of health, there is a way to chose a path to improve your overall sense of wellbeing!

Her efforts have been recognized by her peers with the New Practitioner of the Year Award (2002) and an OAND Leadership Award (2012).