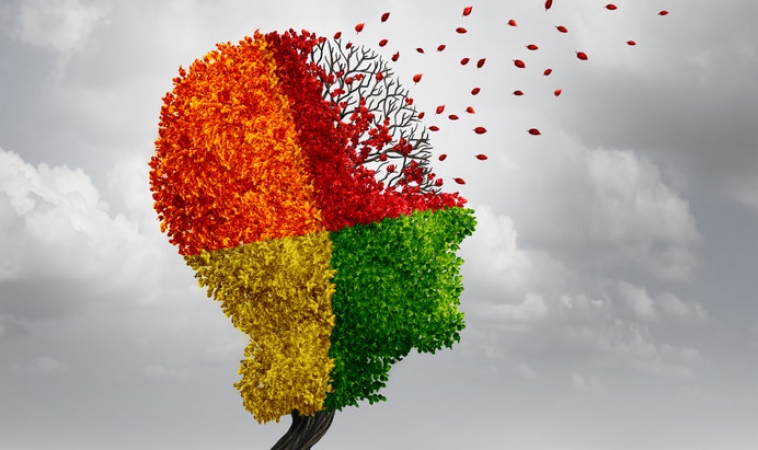 Alzheimer’s disease is predominant in elderly people, but the way age-related changes to lipid composition affect the regulation of biological processes is still not well understood. Links between lipid imbalance and disease have been established, in which lipid changes increase the formation of amyloid plaques, a hallmark of Alzheimer’s disease.

This imbalance inspired researchers from Aarhus University in Denmark to explore the role of lipids comprising the cellular membranes of brain cells.

In Biointerphases, by AIP Publishing, the researchers report on the significant role lipids may play in regulating C99, a protein within the amyloid pathway, and disease progression. Lipids have been mostly overlooked from a therapeutic standpoint, likely because their influence in biological function is not yet fully understood.

Toxic amyloid plaques are formed within the brain when a series of enzymes cleave the protein APP, which sits within the neuronal cell membrane, to form C99, which in turn is cleaved to release the amyloid-beta peptide that can form plaques.

Both C99 and APP are able to protect themselves from cleavage by forming homodimers, a protein composed of two polypeptide chains that are identical. The interaction between C99 molecules is regulated by lipids that make up the membrane in which the protein sits.

“We showed that a change in the cholesterol content of the neuronal cell membrane can change how the C99 dimerizes,” said Amanda Dyrholm Stange, one of the authors. “Our work suggests age-related changes to cholesterol content in the membrane weakens the C99-C99 interaction, which consequently decreases the ‘protective’ effect of the dimerization process, leading to the hypothesis of why more toxic amyloid-beta peptides are released in the elderly.”

Therapeutics for Alzheimer’s disease currently “have a very high failure rate, with no therapeutics developed for a very long period of time, so a novel strategy is desperately needed,” said co-author Nils Anton Berlund. “Attempting to modulate the composition of the lipid membrane would be an entirely new class of Alzheimer’s disease therapeutics but also immensely challenging without side effects.”

The researchers postulate shifting the strategy away from targeting proteins to instead targeting the lipid concentration of membranes may be worthwhile.

“We hope our work will lead the pharmaceutical/biotechnology sector to choose lipid modulation as a means for targeting in drug development, because these changes in lipid composition are linked not just to Alzheimer’s but a large host of diseases — from diabetes to cardiovascular disease,” said co-author Birgit Schiøtt. “We also hope it will lead to more research and funding toward understanding the fundamental science behind the possible regulatory roles of lipids.”