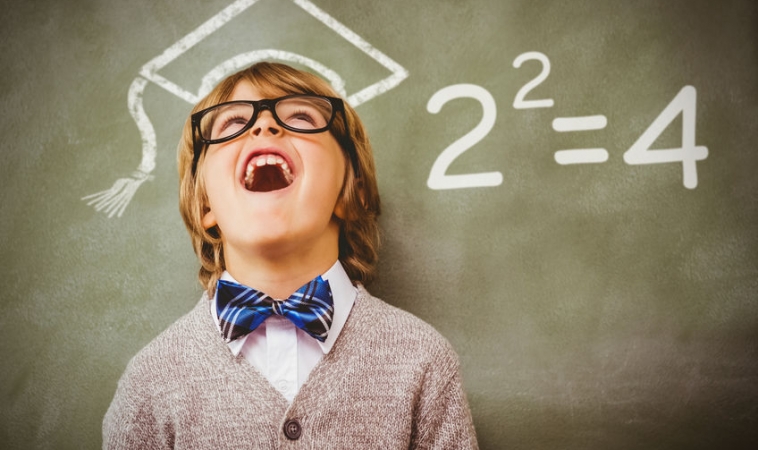 Young children who practice visual working memory and reasoning tasks improve their math skills more than children who focus on spatial rotation exercises, according to a large study by researchers at Karolinska Institutet in Sweden. The findings support the notion that training spatial cognition can enhance academic performance and that when it comes to math, the type of training matters. The study is published in the journal Nature Human Behaviour.

“In this large, randomized study we found that when it comes to enhancing mathematical learning in young children, the type of cognitive training performed plays a significant role,” says corresponding author Torkel Klingberg, professor in the Department of Neuroscience, Karolinska Institutet. “It is an important finding because it provides strong evidence that cognitive training transfers to an ability that is different from the one you practiced.”

Numerous studies have linked spatial ability — that is the capacity to understand and remember dimensional relations among objects — to performance in science, technology, engineering and mathematics. As a result, some employers in these fields use spatial ability tests to vet candidates during the hiring process. This has also fueled an interest in spatial cognition training, which focuses on improving one’s ability to memorize and manipulate various shapes and objects and spot patterns in recurring sequences. Some schools today include spatial exercises as part of their tutoring.

However, previous studies assessing the effect of spatial training on academic performance have had mixed results, with some showing significant improvement and others no effect at all. Thus, there is a need for large, randomized studies to determine if and to what extent spatial cognition training actually improves performance.

In this study, more than 17,000 Swedish schoolchildren between the ages of six and eight completed cognitive training via an app for either 20 or 33 minutes per day over the course of seven weeks. In the first week, the children were given identical exercises, after which they were randomly split into one of five training plans. In all groups, children spent about half of their time on mathematical number line tasks. The remaining time was randomly allotted to different proportions of cognitive training in the form of rotation tasks (2D mental rotation and tangram puzzle), visual working memory tasks or non-verbal reasoning tasks (see examples below for details). The children’s math performance was tested in the first, fifth and seventh week.

The researchers found that all groups improved on mathematical performance, but that reasoning training had the largest positive impact followed by working memory tasks. Both reasoning and memory training significantly outperformed rotation training when it came to mathematical improvement. They also observed that the benefits of cognitive training could differ threefold between individuals. That could explain differences in results from some previous studies seeing as individual characteristics of study participants tend to impact the results.

The researchers note there were some limitations to the study, including the lack of a passive control group that would allow for an estimation of the absolute effect size. Also, this study did not include a group of students who received math training only.

“While it is likely that for any given test, training on that particular skill is the most time-effective way to improve test results, our study offers a proof of principle that spatial cognitive training transfers to academic abilities,” Torkel Klingberg says. “Given the wide range of areas associated with spatial cognition, it is possible that training transfers to multiple areas and we believe this should be included in any calculation by teachers and policymakers of how time-efficient spatial training is relative to training for a particular test.”

The researchers have received funding by the Swedish Research Council. Torkel Klingberg holds an unpaid position as chief scientific officer for Cognition Matters, the non-profit foundation that owns the cognition training app Vektor that was used in this study.

Examples of training tasks in the study: