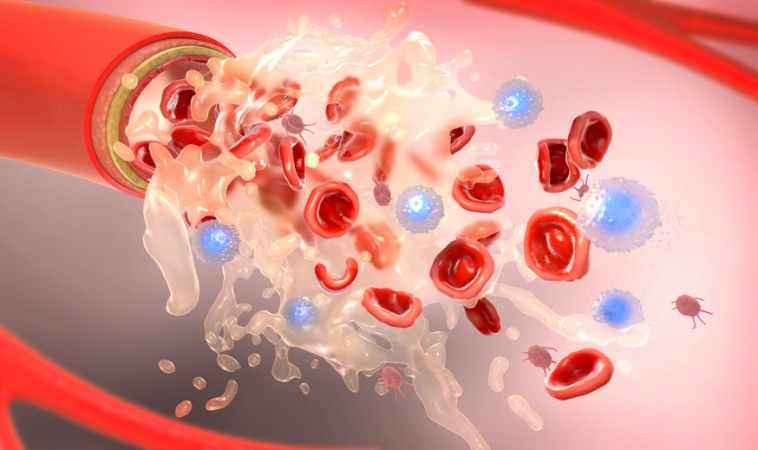 Nanomaterials found in consumer and health-care products can pass from the bloodstream to the brain side of a blood-brain barrier model with varying ease depending on their shape — creating potential neurological impacts that could be both positive and negative, a new study reveals.

Scientists found that metal-based nanomaterials such as silver and zinc oxide can cross an in vitro model of the ‘blood brain barrier’ (BBB) as both particles and dissolved ions — adversely affecting the health of astrocyte cells, which control neurological responses.

But the researchers also believe that their discovery will help to design safer nanomaterials and could open up new ways of targeting hard-to-reach locations when treating brain disease.

Publishing its findings in PNAS, an international team of researchers discovered that the physiochemical properties of metallic nanomaterials influence how effective they are at penetrating the in vitro model of the blood brain barrier and their potential levels of toxicity in the brain.

Higher concentration of certain shapes of silver nanomaterials and zinc oxide may impair cell growth and cause increased permeability of the BBB, which can lead to the BBB allowing easier brain access to these compounds.

The BBB plays a vital role in brain health by restricting the passage of various chemical substances and foreign molecules into the brain from surrounding blood vessels.

Impaired BBB integrity compromises the health of the central nervous system and increased permeability to foreign substances may eventually cause damage to the brain (neurotoxicity).

Study co-author Iseult Lynch, Professor of Environmental Nanosciences at the University of Birmingham, commented: “We found that silver and zinc oxide nanomaterials, which are widely used in various daily consumer and health-care products, passed through our in vitro BBB model, in the form of both particles and dissolved ions.

“Variation in shape, size and chemical composition can dramatically influence nanomaterials penetration through the (in vitro) blood brain barrier. This is of paramount importance for tailored medical application of nanomaterials — for example targeted delivery systems, bioimaging and assessing possible risks associated with each type of metallic nanomaterial.”

The BBB is a physical barrier composed of a tightly packed layer of endothelial cells surrounding the brain which separates the blood from the cerebrospinal fluid allowing the transfer of oxygen and essential nutrients but preventing the access of most molecules.

Recent studies found nanomaterials such as zinc oxide can accumulate on the brain side of the in vitro BBB in altered states which can affect neurological activity and brain health. Inhaled, ingested, and dermally-applied nanomaterials can reach the blood stream and a small fraction of these may cross the BBB — impacting on the central nervous system.

The researchers synthesized a library of metallic nanomaterials with different particle compositions, sizes, and shapes — evaluating their ability to penetrate the BBB using an in vitro BBB model, followed by assessment of their behavior and fate in and beyond the model BBB.

Co-author Zhiling Guo, a Research Fellow at the University of Birmingham, commented: “”Understanding these materials’ behavior once past the blood brain barrier is vital for evaluating the neurological effects arising from their unintentional entry into the brain. Neurotoxicity potential is greater in some materials than others, due to the different ways their shapes allow them to move and be transported.”

Zinc oxide is used as a bulking agent and a colorant. In over-the-counter drug products, it is used as a skin protectant and a sunscreen — reflecting and scattering UV radiation to help reduce or prevent sunburn and premature aging of the skin. Silver is used in cosmetic and skincare products such as anti-aging creams.