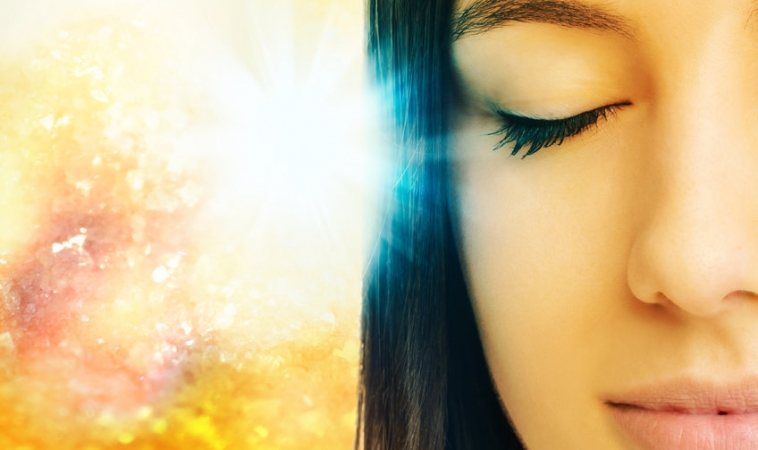 More than 80 percent of people around the world consider themselves to be religious or spiritual. But research on the neuroscience of spirituality and religiosity has been sparse. Previous studies have used functional neuroimaging, in which an individual undergoes a brain scan while performing a task to see what areas of the brain light up. But these correlative studies have given a spotty and often inconsistent picture of spirituality.

A new study led by investigators at Brigham and Women’s Hospital takes a new approach to mapping spirituality and religiosity and finds that spiritual acceptance can be localized to a specific brain circuit. This brain circuit is centered in the periaqueductal gray (PAG), a brainstem region that has been implicated in numerous functions, including fear conditioning, pain modulation, altruistic behaviors and unconditional love. The team’s findings are published in Biological Psychiatry.

“Our results suggest that spirituality and religiosity are rooted in fundamental, neurobiological dynamics and deeply woven into our neuro-fabric,” said corresponding author Michael Ferguson, PhD, a principal investigator in the Brigham’s Center for Brain Circuit Therapeutics. “We were astonished to find that this brain circuit for spirituality is centered in one of the most evolutionarily preserved structures in the brain.”

To conduct their study, Ferguson and colleagues used a technique called lesion network mapping that allows investigators to map complex human behaviors to specific brain circuits based on the locations of brain lesions in patients. The team leveraged a previously published dataset that included 88 neurosurgical patients who were undergoing surgery to remove a brain tumor. Lesion locations were distributed throughout the brain. Patients completed a survey that included questions about spiritual acceptance before and after surgery. The team validated their results using a second dataset made up of more than 100 patients with lesions caused by penetrating head trauma from combat during the Vietnam War. These participants also completed questionnaires that included questions about religiosity (such as, “Do you consider yourself a religious person? Yes or No?”).

Of the 88 neurosurgical patients, 30 showed a decrease in self-reported spiritual belief before and after neurosurgical brain tumor resection, 29 showed an increase, and 29 showed no change. Using lesion network mapping, the team found that self-reported spirituality mapped to a specific brain circuit centered on the PAG. The circuit included positive nodes and negative nodes — lesions that disrupted these respective nodes either decreased or increased self-reported spiritual beliefs. Results on religiosity from the second dataset aligned with these findings. In addition, in a review of the literature, the researchers found several case reports of patients who became hyper-religious after experiencing brain lesions that affected the negative nodes of the circuit.

“It’s important to note that these overlaps may be helpful for understanding shared features and associations, but these results should not be over-interpreted,” said Ferguson. “For example, our results do not imply that religion is a delusion, that historical religious figures suffered from alien limb syndrome, or that Parkinson’s disease arises due to a lack of religious faith. Instead, our results point to the deep roots of spiritual beliefs in a part of our brain that’s been implicated in many important functions.”

The authors note that the datasets they used do not provide rich information about the patient’s upbringing, which can have an influence over spiritual beliefs, and that patients in both datasets were from predominantly Christian cultures. To understand the generalizability of their results, they would need to replicate their study across many backgrounds. The team is also interested in untangling religiosity and spirituality to understand brain circuits that may be driving differences. Additionally, Ferguson would like to pursue clinical and translational applications for the findings, including understanding the role that spirituality and compassion may have in clinical treatment.