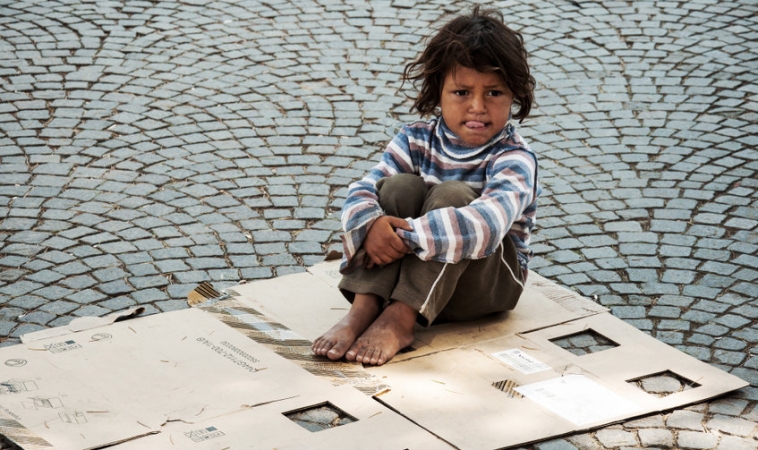 Children in poverty are more likely to have cognitive and behavioral difficulties than their better-off peers. Plenty of past research has looked into the physical effects of childhood poverty, or documented mental health disparities between socioeconomic classes. But Deanna Barch, chair and professor in the Department of Psychological & Brain Sciences in Arts & Sciences at Washington University in St. Louis, and her colleague Joan Luby, MD, the Samuel and Mae S. Ludwig Professor of Child Psychiatry in the School of Medicine, wanted to look at a suite of outcomes to determine whether poverty continues to affect people as they enter adulthood.

To answer these questions, Luby and Barch, who is also a professor of radiology? and the Gregory B. Couch Professor of Psychiatry in the School of Medicine, and colleagues collected data for 17 years from families who agreed to participate, including 216 preschoolers who were followed through early adulthood. During the course of the study, the young participants underwent brain imaging to help tease out the relationships among their socioeconomic status in preschool, and provided information on a host of outcomes — including cognitive, social and psychiatric — in early adulthood.

The results were published in the journal Biological Psychiatry: Cognitive Neuroscience and Neuroimaging.

“First and foremost: yes,” Barch said, “Early poverty sadly continues to predict worse outcomes in all of these domains.” That holds true even if a child’s socioeconomic status changes before adulthood.

The risks for these outcomes, the research showed, are mediated through brain development.

“We think poverty and all of the things associated with it” — such as stress, inadequate nutrition, less access to health care — “impact brain development.” she said. “If we can prevent poverty, we can help circumvent some of these negative outcomes.”

For the study, the researchers recruited primary caregivers and their 3- to 5-year-old children. They used a specific recruiting questionnaire that would ensure there were more children with elevated symptoms of depression. This would later allow researchers to separate the effects of poverty from existing psychological disorders.

The children were interviewed annually, and once they were at least 16, researchers tested them for cognitive function, psychiatric disorders, high-risk behaviors, educational function and social function. During the 17 years, the participants also received five brain scans that measured the volumes of local and global brain matter, giving the researchers a unique insight into whether brain development was a mediating factor — are changes to the brain the way that poverty “gets into” someone?

After controlling for variables including preschool psychopathology and any significant life events throughout the years, the researchers were able to show socioeconomic status in preschool was associated with cognitive function, high-risk behaviors, social function and educational function 13+ years after the then-children joined the study.

The children who were living below the poverty level as preschoolers had smaller volumes of certain subcortical brain regions, including the hippocampus, caudate, putamen, and thalamus. “But also they had less growth in these regions over time,” Barch said. “So they’re starting out smaller and not growing as much.”

Subcortical regions aren’t a prime research target because they are not necessarily responsible for a specific cognitive or emotional function. Instead, information must travel through them in order to reach regions of the brain associated with higher-order functioning.

“The thalamus, for example, doesn’t always get a lot of love in the literature,” Barch said, “but it’s a very important relay structure that helps coordinate the transfer of information from the brainstem to higher-order cortical areas.

“These brain regions are like important waypoints on the highway of the brain,” Barch said. And they are particularly sensitive to environmental factors such as pollutants or poor nutrition, factors more likely to affect those living in poverty.

To be clear, this data does not paint a deterministic picture. “Plenty of kids have wonderful outcomes despite growing up in poverty,” Barch said. That is often because they have had additional support and additional resources. She’s putting this theory to the test in upcoming research where she and her colleagues will be tracking the effects of the child tax credit on children’s development.

“Growing up in poverty makes things harder for people, but it is preventable,” Barch said. “That’s the good news: We can do something about this.”

In a way, the children — now adults — themselves have helped to find answers simply by participating, year after year. They showed up through adolescence, their teenage years, and even once some of them became young parents of their own. “It’s pretty amazing,” Barch said. “They have made a huge contribution to science.”