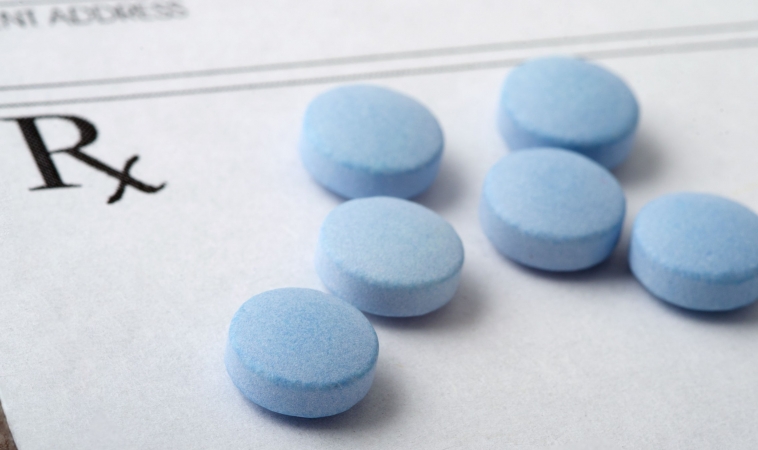 The misuse and abuse of opiate painkillers like OxyContin and Vicodin are now killing more Americans than car crashes, so you may have heard of naloxone (Narcan, Vivitrol. Evzio), a drug used in emergency settings to treat opioid overdose. Naloxone is a competitive antagonist to opiate receptors that opiate drugs attach to. This means it binds to the opiate receptors and prevents opiate binding. Naltrexone basically has the same pharmacological effects as naloxone as an opioid antagonist, but it is slower acting and eliminated faster than naloxone.

At daily doses of 50-200 mg, naltrexone and naloxone prevent activation of the opioid response by binding to and blocking the mu-opioid receptors in the central nervous system (CNS) – the brain and spinal cord – and the gastrointestinal system. If opiates, such as hydrocodone, morphine, and heroin, bind to the mu receptors, opiate neuropeptides, such as endorphins and enkephalins are released. These chemicals are responsible for inhibiting the transmission of pain signals and producing a feeling of euphoria, the latter being the reason for the highly addictive properties of these drugs.

We don’t have to take exogenous drugs to experience euphoria. The body can make its own opiate neuropeptides. Have you ever heard of “runner’s high”? Endorphins are produced when the muscles are fatigued. Their function is based on survival because they dull the pain sensation so that the prey can continue to evade the predator. They can also provide a sense of euphoria – especially if one avoids becoming a meal!

Besides treating opiate addiction, naltrexone in very low doses has found to be helpful in the treatment of a variety of dis-eases (hyphen intentional). In fact, it has been known for several decades now that low doses of naltrexone cause the opposite effect of higher doses. By blocking opiate receptors briefly, naltrexone causes an up-regulation of the body’s own production of endorphins and enkephalins. The increased endorphins and encephalins are the heroes in the healing processes.

Patients should be closely monitored to ensure safety and effectiveness of the treatment. A few studies have indicated naltrexone can be toxic to the liver when dosed in the range of 300mg per day, which is about 100 times higher than what is prescribed for LDN therapy. LDN can cause insomnia and vivid dreams, but these symptoms usually only last for a couple of weeks and can be avoided with proper dosing. LDN can cause a withdrawal reaction consisting of pain, sweats, chills, nausea and vomiting if it is used by someone who abuses alcohol or is taking regular daily opiate pain medications like codeine, oxycodone, methadone, morphine, fentanyl, or hydromorphone.

At the LDN 2016 Conference, it was reported that a chart review of 215 Multiple Sclerosis (MS) patients using LDN daily, for average duration of 804 days, showed 60% improvement in fatigue, and the same percentage in overall disease severity with minimal side effects. Doctors have reported LDN is more effective than interferon in treating MS. LDN reduces the inflammatory response to toxic T cells in the central nervous system without the undesirable side effects of interferons. If used immediately after the first MS exacerbations, LDN has the potential to put the patient into permanent remission.

Doctors report that LDN has been instrumental in treatment for mental health (MH) issues, an area of medicine where doctors confer that the current psychotropic pharmaceutical treatments leave much to be desired. For example, a Vietnam Vet reported gaining control over his temper and having a sense of feeling centered with a deep sense of wellbeing and stated, “I’m not waiting for the other shoe to drop all the time.” Another case of a woman suffering with posttraumatic stress disorder (PTSD) noted LDN reduced hypervigilance, so she could relax and respond normally to being tired. After taking her first full dose of LDN, she slept through the night for the first time in years.

LDN has been used to treat the following MH symptoms: hypervigilance, anxiety, panic, excessive worry, depressed mood, anger outbursts, sleep difficulties, nightmares, PMS/PMDD symptoms, crying spells, and concentration difficulties. A specific application where LDN has been effective is for those who are experiencing hypervigilance and anxiety due to dissociation created by a history of trauma and/or neglect. LDN supports healing and learning, since it does not blunt emotional experience or promote dissociated states induced by psychotropic drugs, such as SSRIs and benzodiazepines. There are specifics in keys for success in prescribing LDN for MH issues, so it is important to work with a doctors and mental health professionals who are trained in MH/LDN therapy.

Fibromyalgia (FM) and chronic fatigue syndrome (CFS) are both poorly understood and inadequately treated. Typical medications used include NSAIDS, antidepressants, muscle relaxants and sleep medications. Standard laboratory tests are usually normal so many doctors don’t believe they are real conditions and take the “if it can’t be treated, it doesn’t exist” stance. There are multiple processes that result in FM/CFS, such as nutritional deficiencies, sleep disorders, hormonal

A revolutionary method using Naltrexone in slightly higher doses than LDN has been used successfully for alcoholism addiction disorders by dosing naltrexone immediately before drinking to neutralize the desire to continue to drink. This method has been used successfully in Finland to cure over 70,000 alcoholics and there are over 120 clinical trials document this success.

LDN can block tumor growth in certain cancers: Enkephalins, such as opioid growth factor, (OGF) regulate cell growth in normal and cancerous cells. They act in an immunomodulatory way to correct immune system malfunction. Endorphins also mediate cell proliferation, which is applicable to some forms of cancer.

LDN blocks neuro-degenerative disorders: Glial cells constitute 70- 80% of the CNS and are responsible for immune surveillance. Microglia, a type of glial cell, express toll-like receptors (TLRs) on their cell surface. Their purpose is to detect pathogens and to emit inflammatory chemicals to alert the immune system when they do detect a problem. Microglia will increase their expression of TLRs in response to inflammation. Opioids cause glial cell activation and release of pro-inflammatory cytokines and neuroinflammation develops. LDN blocks the TLR4 signaling to glial cell activation in the CNS to decrease neuroinflammation.

LDN in immunomodulatory: LDN blocks release of proinflammatory cytokines including Interleukins IL6 and IL12, TNFα, NF-ĸB. This modulates T and B cell production and shifts the immune response from TH2 (IgE allergic response) to the TH1 response (microbicidal proinflammatory response). This subject is too complicated to be explained here, but suffice it to say this is why it is helpful for irritable bowel disease, such as ulcerative colitis and Crohn’s disease and irritable bowel syndrome, as well as small intestinal bowel overgrowth (SIBO) and autoimmune dis-eases.

The rising awareness of Low Dose Naltrexone Therapy is attributed to the work of many volunteer doctors, LDN patients and advocates of the LDN Research Trust, based in England. Their website is: www.ldnresearchtrust.org. They have also published The LDN Book: How a Little-Known Generic Drug (Low Dose Naltrexone) Could Revolutionize Treatment for Autoimmune Diseases, Cancer, Autism, Depression, and More. ISBN 9781603586658, Chelsea Green Publishing, White River Junction, VT 05001 (available on Amazon).

The information presented here is from the lectures and information offered by the generous donations of time and expertise from doctors, patients and advocates of the LDN Research Trust conferences. They have asked LDN prescribers and patients to spread the word about LDN and to participate in the LDN Health Tracker App (FREE and available from their website) so they can use the information to apply for grants for clinical trials. Clinical trials are needed for approval of LDN, by governmental regulatory agencies around the world, as effective therapy for the conditions listed so that health insurance plans will cover the medication.

If you have been struggling with any of the above diseases, please seek out a doctor who is educated in the many applications of LDN. It could be instrumental in your recovery. 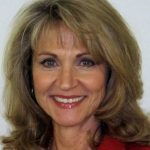 Cheryl Hamilton, NMD, began her career in healthcare 30 years ago. She earned a B.S. degree in nutrition, worked in the health and fitness industry, and raised four children before attending the Southwest College of Naturopathic Medicine to become a naturopathic medical doctor. She practices at the Women’s Health and Healing Center in Prescott Valley, Arizona. Dr. Hamilton is passionate about assisting women and their loved ones to improve health and wellbeing. She has an extensive background in gastrointestinal health, weight management, bio-identical hormone therapy, treatment of premenstrual syndrome (PMS)/ premenstrual dysphoric disorder (PMDD), polycystic ovary syndrome (PCOS), cervical dysplasia and sexual dysfunction. Dr. Hamilton is the only practitioner in the Quad Cities area of Northern Arizona to offers platelet rich plasma (PRP) injection therapy (known as the O-shot®), in the treatment of female sexual dysfunction and urinary stress incontinence. Dr. Hamilton also utilizes PRP for skin rejuvenation therapies (wrinkle reduction, scar therapyand hair regrowth) because she knows that how a woman feels about her outward appearance strongly influences her mental and physical health. When she’s not seeing patients, Dr. Hamilton loves gardening, healthy cooking, and hiking.