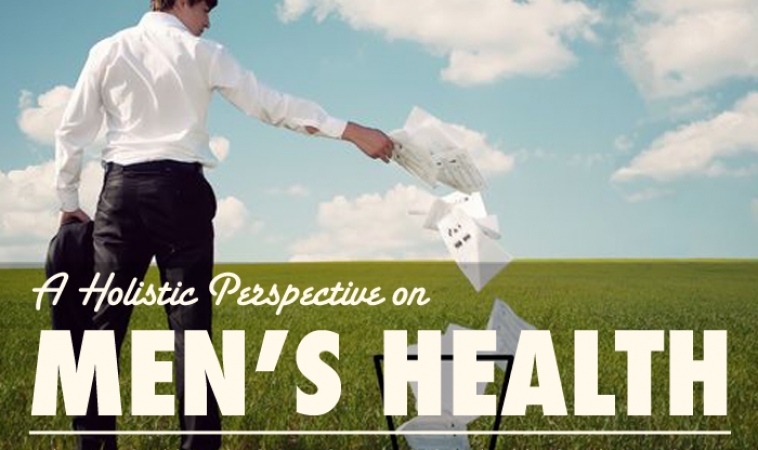 As I decided what to write about for this men’s health issues article, I was conflicted. My first thought was to write about possible homeopathic remedies for a particularly male related pathology, BPH. But as I pondered my experiences working with adult males over the past decade, I decided there is an underlying pattern that is more prevalent than any individual pathology. This thought pattern isn’t unique to males. My concern is that men have less ability and support to process and deal with the issue. To further complicate the situation it often presents in a manner in which the problem may be viewed as a strength. So instead of sharing homeopathic remedies that may be used to address BPH and a weak urine stream, I will be focusing on the detriments of self-sacrifice and a workaholic mindset.

Society values a strong work ethic and material comforts. The way to obtain more material comforts and financial security is by hard work. I see individuals that measure their own value on how long/hard they work and how much they acquire. This is a problematic mindset when looking at our lives holistically because we are putting too much emphasis on one aspect of a much bigger picture – the whole person. Someone may believe that by obtaining a certain income, living in a certain home, and sending their children to a particular school feelings of discontent will suddenly disappear. But then as these goals are accomplished and things don’t change, they will more often than not make the goals larger rather than reevaluate the game they are playing. The individual gets tired and anxious from trying so hard only to fall short from that feeling of contentment which leads to him/her working much harder and further compounding the stressful situation.

I had a patient that came it into my office after rescheduling his first visit on three different occasions because “something” came up at work. He explained that he had a high pressure, high paying job and there was a major project that was not developing as expected and he was bearing the brunt of the responsibility. It had been playing out for almost a year and he felt paralyzed and unable to walk away from the project or the company. I asked him why he couldn’t leave the job and he explained that his children attended private school, the family belonged to a country club, and all had grown accustomed to an affluent life. His wife did not want him to display any of the stress or anxiety he was suffering from while at home. They were trying to protect the children though the sand castle they had constructed was washing away in the tide. I asked both parents if they would want any of their children to work in a job situation as stressful as the one dad was dealing with. Both emphatically said, “No!”  I encouraged them to stop modeling this behavior of self-sacrifice in the name of a “better” life.  If they model this behavior they are telling the kids that they should sacrifice their own health and mental stability for the sake of the family’s societal status. Instead they should concentrate on the whole picture of contentment which includes being comfortable with what they have and who they are, while embracing the desire for improvement. In addition, they must recognize that health is our greatest asset, and without it nothing else matters.

This is a different type of article than others I have written. I don’t have a remedy to recommend that addresses the issues mentioned. And there certainly is not a quick fix, one size fits all solution for these very complicated problems. I share the information because I want men to be aware that these dynamics happen and they greatly interfere with our ability to be healthy and happy. I want spouses and partners to know that the emotional toll of a stressful life is as detrimental to health as a diet full of processed junk food. There isn’t a single solution, instead the objective is for an individual’s own transformation with the support of a team that understands the complexity of health holistically. And there must be a willingness to look at all aspects of one’s life to see where the underlying imbalances are rooted. If you think you may fall into some category of what I have shared stop thinking and find a Naturopathic or other holistic practitioner nearby to help you get your health, energy, and vitality back on track. Peace and health always. ~Dr. Swanz

Dr. Swanz was awarded the prestigious Daphne Blayden award for his commitment to Naturopathic Medicine,  Academic Excellence, Compassion, Perseverance, a Loving Sense of Humor and a Positive, Supportive Outlook by his colleagues and staff at SCNM.

He is a Board Certified Naturopathic Physician with advanced training in classical homeopathy and nutrition. Dr. Swanz is a Fellow of the Homeopathic Association of the Naturopathic Physicians. He currently supports individuals on the journey to health through his Vital Force Naturopathy practice, integrating the best of his conventional and holistic medical training. Dr. Swanz specializes in homeopathy, pediatrics and family medicine.  He is passionate about healing and is driven by the desire to see all people be the most healthy individual they can be.