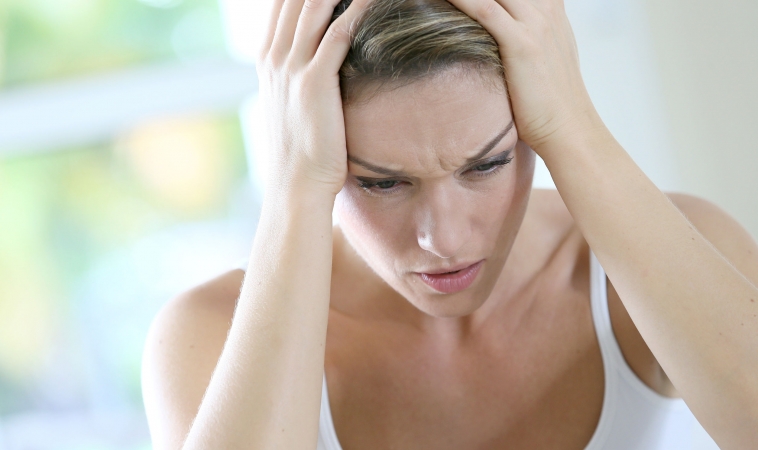 Migraines are an invisible disease that costs the United States $36 billion a year due to healthcare and lost productivity.1In fact, according to the World Health Organization (WHO), migraines are the “sixth highest cause worldwide of years lost due to disability”.2 With its complicated and still unclear cause(s), sometimes pharmaceuticals are a necessary option for the short- or long-term plan in order to have a more functional life.

Know all the options

If you or a loved one is currently taking or is considering taking medication to help combat migraines, it is important for you to know all your options, medications or otherwise. This allows you to make an informed decision that best fits your health goals and lifestyle. Due to the nature of migraines, treatment approaches in the conventional and naturopathic world consist of prophylactic and abortive therapies. Prophylactic therapies aim to reduce the frequency of migraines, ideally preventing them from ever occurring, whereas abortive therapies are focused on pain and symptom relief during an attack. In this article, we’ll discuss the conventional treatment options (largely pharmaceutical based), including their side effects and common nutrient depletions. The next two articles in the series will discuss naturopathic prophylactic and naturopathic abortive treatments, respectively.

While it can vary greatly depending on the presentation of migraines, doctors generally start by recommending abortive medications first. The types of drugs that are used to abort the migraine during an attack include selective serotonin receptor (5-HT1) agonists called triptans (sumatriptan, olmitriptan, rizatriptan, etc), ergot alkaloids (cafergot, bellergal, ergostat, gynergen), analgesics, nSAIDs, combination products, and antiemetics (Zofran).3

nSAIDs tend to be the first recommendation because they are generally well-tolerated. However, nSAIDs can increase the risk for bleeding.4 If nSAIDs fail to alleviate the pain, triptans are tried next. Triptans come in many forms with different speeds of action and can be given as an injection, intranasally, or in a tablet. Since triptans act on serotonin receptors, they can increase blood pressure and have other vascular side effects, and may cause renal or hepatic impairment.5 Ergots are usually the last pharmaceutical tried due to their risk of dependency, severe withdrawal symptoms and side effects, and are not suitable for pregnant or lactating women.6

If migraines aren’t responding to abortive treatments or if they interfere with daily life, prophylactic (prevention) treatments are tried next. The types of drugs that are used to prevent migraines include, but are not limited to, antiepileptic drugs (topiramate, valproic acid), beta blockers (propranolol, metoprolol, atenolol), tricyclic antidepressants (amytriptyline), calcium channel blockers, selective serotonin reuptake inhibitors [SSRIs] (fluoxetine), NSAIDs (ibuprofen, naproxen), and serotonin antagonists.3 Generally speaking, the most common side effect from prophylactic medications is drowsiness.7 Specifically, tricyclic antidepressants tend to cause dry mouth and weight gain, beta-blockers can cause depression, dizziness and insomnia, and topiramate increased symptoms of nausea and tingling.7 Valproic acid has been shown to cause birth defects and lowered IQ.8

With such a long list, which prophylactic drug is best? According to a 2015 meta-analysis that evaluated 60 trials and compared the effectiveness of varying prophylactic medications to one another, it depends on the person. They concluded that “there were few differences in effectiveness between the different drugs”.7 While this may be disheartening, this outcome isn’t that surprising when you consider the fact that we still don’t know the cause(s) of migraines.

In addition to side effects, since medications have a biochemical effect and have to be metabolized, they can deplete nutrients like vitamins and minerals that are necessary for healthy functioning. While the nutrient and drug interactions could fill a book on their own (not to mention all the side effects), they commonly include CoQ10, magnesium, a variety of B vitamins, calcium, folate, vitamins A, C, D, and E, and zinc.9 Finding a naturopathic doctor can help you to evaluate what nutrient deficiencies may be occurring due to the medications you are taking and how to best go about correcting those deficiencies without interfering with the medication itself.

Outside of the pharmaceutical realm, there are a few other options. Botox injections were approved in 2010 for use in migraine prevention. While botox injections have reduced the frequency of migraines in some, treatment is only used when three or more conventional prophylactic treatments have failed.10 Additionally, the high cost of botox injections may be prohibitive and the side effects include headaches and neck pain. More recently, medical devices have been approved for migraine prevention and abortion. Cerena TMS and Cefaly use magnetic and electrical stimulation respectively to treat and reduce migraines.11 Unfortunately, they seem to be most effective for classic migraines (migraines with auras) than common migraines and side effects can include skin irritations, sleepiness, dizziness and discomfort and pain at the site of application.12 Finally, surgery on the muscles of the neck have been tried but with very poor results, it is generally not recommended.3

With more and more research on underlying mechanisms that cause migraines, new drugs are being studied, even as you read this article. Some of the newest types of medications are drugs that target CGRP, calcitonin gene-related peptide, a type of molecule that causes vasodilation and has been suggested as a newer theory to the cause of migraines. And studies have been promising.13 Noah Rosen, MD, director of Northwell Health’s Neuroscience Institute in Great Neck, NY commented, “while the results are preliminary, this may be revolutionary. Many people stop their treatments early due to frustration, or reluctance to take a medicine every day. This new drug requires further investigation, but may represent the hope for a fast, tolerable, and effective treatment that migraine sufferers have been waiting for.”14

For some people, finding the right combination or supplements, herbs, nutritional changes, stress management tools, etc, is a long and tortuous path. It is admirable to take a completely all-natural approach to migraines, but perhaps not at the cost of losing valuable years of your life due to pain and disability. While healthcare costs are 70% higher for those with migraines than those without, finding a balance between pharmaceuticals and naturopathic treatments is about what’s best for you and maintaining your quality of life. 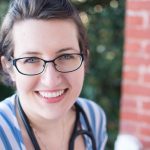 Dr. Ashley L. Russell graduated from the Southwest College of Naturopathic Medicine in Arizona where she received training as a primary care physician. She received her B.S. in Applied Ecology from the University of California, Irvine. She is a naturopathic doctor at Serenity Natural Health Center in Frederick, Maryland, with a focus on young women’s health and is also co-founder of LovempoweR, an organization dedicated to changing women’s health care. Dr. Russell is passionate about helping women reclaim their menstrual cycle by alleviating all kinds of menstrual issues including PCOS, infertility, endometriosis, PMS, and painful or irregular periods. In her spare time, Dr. Russell enjoys baking vegan, gluten-free treats, hiking, and spending time with her dog, Honey.