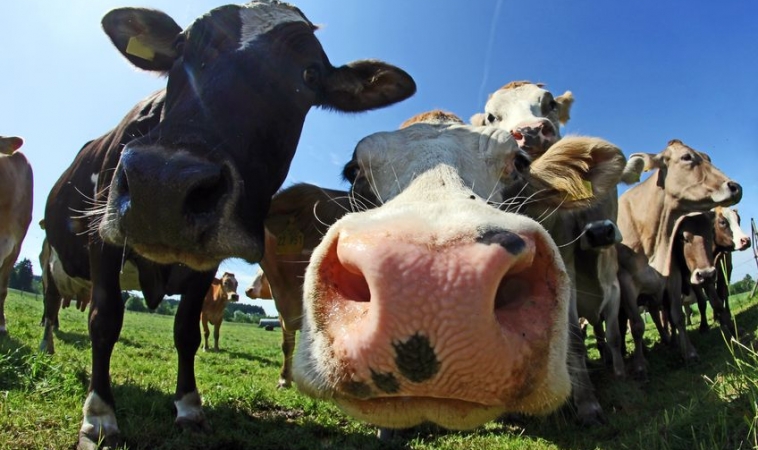 Acne vulgaris rates have been on the rise in western society. Upwards of 79% -95% of the adolescent population is affected with some type of acne. Rates of adults with acne in western society range from 3%-12%.1What does western society have to do with the increase in acne? Fundamental differences in food preparations, diet and medical practices are speculated the main cause for this increase.

Specifically, the overuse of antibiotic therapies by western health care has lead to an increase in antibiotic resistant strains of bacteria. Eastern cultures are more likely to utilize their traditional medical practices verses prescribe an antibiotic, therefore the numbers of antibiotic resistance are lower when compared to western culture.6The approach of killing all bacteria has significantly altered the body’s normal flora, a suspected contributing factor in the development of acne.

Food preparations in western culture, while has reduced the risk of food born pathogens, also reduce the nutrient quality and digestibility of food. Pasteurization, the use of high heat to kill disease-causing bacteria, unfortunately also kills off health benefiting probiotics and enzymes found in food. For example, high heat kills most bacteria and denatures enzymes naturally found in milk. Those that are lactose intolerant or find that dairy causes digestive upset can often tolerate non-pasteurized or raw milk. A disclaimer should be made, drinking and eating raw foods does increase your risk of developing a food borne illness, emphasizing the importance of knowing food sources. There are low heat pasteurization processes that can be used to preserve the majority of natural enzymes and proboitics while eradicating the dangerous bacteria.2 Another key piece in the development of acne via dairy products is the overuse of antibiotics in animals.3 We are quite literally what we eat, therefore, drinking the milk or eating an animal that was injected with antibiotics will alter our ability to digest and tolerate food. The practice of pasteurization is not exclusively a western practice, however, eastern practices typically stick to a cultural diet with minimal processing.

A study looking at the Kitavan Islander population revealed an interesting perspective. Kitava, an island in Milne Bay Province, Papua New Guinea, is residence for over 2250 individuals. Creature comforts of electricity, cars and access to phone were largely non-existent until the 1990’s. Currently, there is minimal western influence on the inhabitants of the island. Diet consists of fruit, fish and coconut. Rarely was dairy, coffee or alcohol in the diet. Heart attack and stroke were the leading causes of death, with rates of obesity, malnutrition and hypertension low. Fasting insulin levels were also found to be low. Life expectancy range from 45-75 years.1

The entire population of the island was given a thorough dermatological work up, looking for lesions including, open or closed comedones, papules, pustules, nodules and cysts. No papules, pustules or comedones were found in the entire population, however, skin lesions due to lacerations or ulcer were common. 1 It was inferred the diet being that of local origin with little to no influence of western societies highly processed foods contributed to the inability to fine any acne lesions. This in addition to the consistently low fasting insulin levels among the population, lending itself to unregulated insulin levels being contributory in acne development.

Western society, more specifically medical practice, is based on analytics and with and emphasis on researched practices to substantiate treatments. Western medical practices being so deeply rooted in evidence-based therapies often overlook other medical practices considered Eastern, which are rooted in holistic traditions.5 Gone are the days of one against the other, a blend of both cultural practices has been speculated to provide better outcomes, reduce risk of side effects and can be more cost effective.

Modern day western society emphasizes convenience, fast answers, fast healing, fast everything. This quick pace makes it more appealing to develop the next medication that can do just that, quickly get you over your illness so you can get back to your fast paced life. Of course, I would be hypocritical if I were to say I do not enjoy these western luxuries to support my own fast paced life. Advancements in medicine should be pursued and developed, however, the increase of chronic illness including acne vulgaris does raise the question, what are we missing?