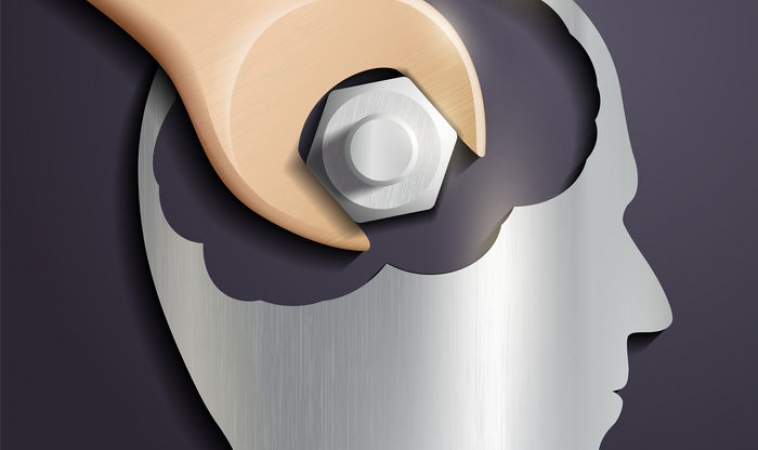 Treating PTSD symptoms could lead to a significant burden on the United States economy, with an estimated $635 billion spent per year.1 My research shows that there is a significant increase in the Heart Rate Variability (HRV) coherence scores before Quantum Medical Hypnosis implementation (QMH) and after QMH, from 34 to 41, with t-test (0.032). This is associated with a remarkable decrease in patient PTSD symptoms. In addition, aging associated with lower HRV measurement decreased in older individuals between the ages of 59 and 73 who were treated with QMH. The most significant results were the general coherence between the heart and the brain when employing Quantum Medical Hypnosis implementation (QMH).

Dr. Rollin McCraty, PhD. first introduced the term “physiological coherence” to describe the degree of order, harmony, and stability in varies rhythmic activities. QMH has a positive, almost instantaneous, impact on increasing HRV and improving the PTSD symptoms of pain and stress. Therefore, QMH is highly recommended as a part of a comprehensive holistic medical treatment plan.

Fifteen participants in this study, nine women and six men suffering from PTSD symptoms, were divided into two groups according to their ages: Younger (Ages 22-55) and Older (Ages 59-73). A significant improvement in the Standard Deviation of Normal-to-Normal (SDNN) in the younger group was noted when compared to the SDNN in the older group. This is an indication that the younger group showed more ability to regulate their emotions and stress in response to QMH better than the older group. There was an increase in the HRV domain measures and an overall increase in the Standard Deviation of the average Normal to Normal (SDNN) intervals for each 5-minute segment of a 24 hours HRV recording.

SDNN is the gold standard for medical stratification of cardiac risk recorded over 24 hours period. SDNN values also predict both mortality and morbidity2. SDNN primarily measures the influence of the autonomic nervous system on the HRV. Any SDNN measurement under 50ms is considered unhealthy, 50-100ms is classified as compromised health, and above 100ms readings are healthy.3 Those measurements correlate with the Very Low Frequency (VLF) readings. SDNN measurements in the subjects increased from 71.2ms pre-QMH intervention to 73.4ms after a third session of QMH was completed. Since the absolute power of the Very Low Frequency band (VLF) is associated with mortality, the heart’s intrinsic nervous system appears to be the main contributor to VLF rhythm. Therefore, stress responses modulate the VLF frequency. VLF increased from 5.48Hz prior to 5.83Hz after the third session of QMH. In addition, there was a significant decrease in the HR from 76.9 to 67.3, with t-test (0.005**). In this study, it was clear that both stress and aging associated with HRV measurement declined.

Mean of All Study Participant Results:

HRV biofeedback provides a model for real-life self-regulation, with the goal of developing an awareness of one’s breathing and emotional state, which interact and influence the balance of the autonomic nervous system. Chronic maladjustment of the autonomic nervous system results in one of PTSD sufferers’ main symptoms– survival state.4 If a patient learned how to properly regulate his/her physiological stress level by employing QMH in conjunction with HRV biofeedback, she/he would be better able to maintain a healthy state of consciousness.

Below is the HRV reading that I took during a PTSD sufferer’s first visit in June of 2019. You can see the lack of coherence here, which correlated with the individual’s Subjective Units of Distress Scale (SUDs) (75%) and VAS pain levels (8/10). The subject was experiencing a significant amount of stress. The dramatic up and down swings are an indication of discord between the subject’s heart and brain (emotions and thoughts). This is a typical fight – flight stress response.

By the second session, the patient showed significant improvement in HRV, as evidenced by the subject’s chart below. The patient’s SUDs was now 45% and VAS was 4/10.

Following is the HRV reading after the patient’s third (and last) QMH session. Both the SUDs and VAS were nearly baseline. These results displayed extraordinary improvement in just three sessions!

A general coherence between the heart and the brain implies connectedness, constancy, and efficient energy utilization.5 The full potential of relaxation can be achieved through Quantum Medical Hypnosis (QMH) for patients who suffer from PTSD. Consider QMH an added resource for naturopathic healing.

Ezzat Moghazy, Ph.D. / I-MD completed his Doctorate and Ph.D. in Integrative Medicine (IMD) at Quantum University in Hawaii.  For the past 20 years, he has treated thousands of people around the world. As a former Physical Therapist, Dr. Moghazy understands the neurological interaction between brain and body. The scope of his practice includes Hypnotherapy, Past Life Regression Therapy, HRV Biofeedback, and Natural Medicine Remedies. He is the author of Quantum Medical Hypnosis: An Extraordinary Breakthrough in Treating Stressand The Red Book: How To Heal Yourself and Others? Reiki I, II, & III. Visit https://www.mybesthealer.com/