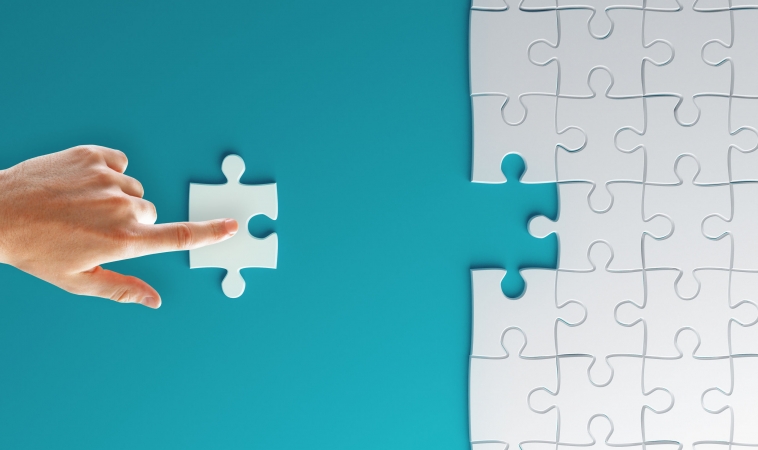 Individuals who can unconsciously predict complex patterns, an ability called implicit pattern learning, are likely to hold stronger beliefs that there is a god who creates patterns of events in the universe, according to neuroscientists at Georgetown University.

Their research, reported in the journal Nature Communications, is the first to use implicit pattern learning to investigate religious belief. The study spanned two very different cultural and religious groups, one in the U.S. and one in Afghanistan.

“Belief in a god or gods who intervene in the world to create order is a core element of global religions,” says the study’s senior investigator, Adam Green, an associate professor in the Department of Psychology and Interdisciplinary Program in Neuroscience at Georgetown, and director of the Georgetown Laboratory for Relational Cognition.

“This is not a study about whether God exists, this is a study about why and how brains come to believe in gods. Our hypothesis is that people whose brains are good at subconsciously discerning patterns in their environment may ascribe those patterns to the hand of a higher power,” he adds.

The study used a well-established cognitive test to measure implicit pattern learning. Participants watched as a sequence of dots appeared and disappeared on a computer screen. They pressed a button for each dot. The dots moved quickly, but some participants — the ones with the strongest implicit learning ability — began to subconsciously learn patterns hidden in the sequence, and even press the correct button for the next dot before that dot actually appeared. However, even the best implicit learners did not know that the dots formed patterns, showing that the learning was happening at an unconscious level.

The U.S. section of the study enrolled a predominantly Christian group of 199 participants from Washington, D.C. The Afghanistan section of the study enrolled a group of 149 Muslim participants in Kabul. The study’s lead author was Adam Weinberger, a postdoctoral researcher in Green’s lab at Georgetown and at the University of Pennsylvania. Co-authors Zachery Warren and Fathali Moghaddam led a team of local Afghan researchers who collected data in Kabul.

The most interesting aspect of this study

“The most interesting aspect of this study, for me, and also for the Afghan research team, was seeing patterns in cognitive processes and beliefs replicated across these two cultures,” says Warren. “Afghans and Americans may be more alike than different, at least in certain cognitive processes involved in religious belief and making meaning of the world around us. Irrespective of one’s faith, the findings suggest exciting insights into the nature of belief.”

“A brain that is more predisposed to implicit pattern learning may be more inclined to believe in a god no matter where in the world that brain happens to find itself, or in which religious context,” Green adds, though he cautions that further research is necessary.

“Optimistically,” Green concludes, “this evidence might provide some neuro-cognitive common ground at a basic human level between believers of disparate faiths.”

A scholar of the Middle East, Moghaddam is a professor in Georgetown’s Department of Psychology. Warren, who received his doctorate in Psychology at Georgetown and also holds a masters of divinity, directs the Asia Foundation’s Survey of Afghan People. Additional authors include Natalie Gallagher and Gwendolyn English.