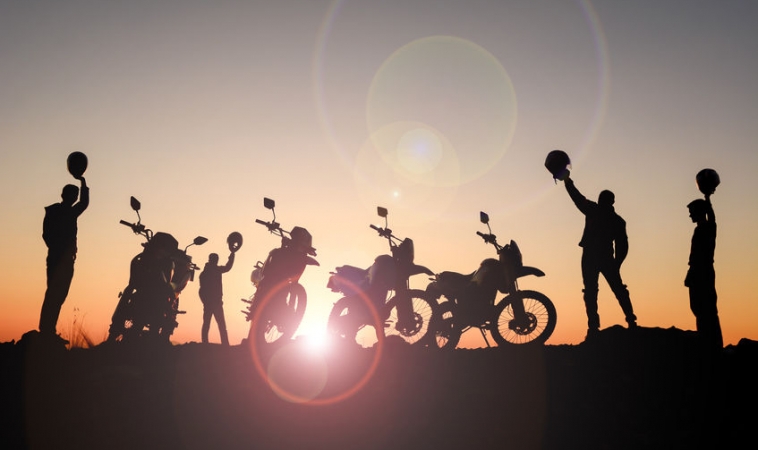 The more chaotic things get, the harder it is for people with clinical anxiety and/or depression to make sound decisions and to learn from their mistakes. On a positive note, overly anxious and depressed people’s judgment can improve if they focus on what they get right, instead of what they get wrong, suggests a new UC Berkeley study.

The findings, published today, Dec. 22, in the journal eLife, are particularly salient in the face of a COVID-19 surge that demands tactical and agile thinking to avoid illness and even death.

UC Berkeley researchers tested the probabilistic decision-making skills of more than 300 adults, including people with major depressive disorder and generalized anxiety disorder. In probabilistic decision making, people, often without being aware of it, use the positive or negative results of their previous actions to inform their current decisions.

The researchers found that the study participants whose symptoms intersect with both anxiety and depression — such as worrying a lot, feeling unmotivated or not feeling good about themselves or about the future — had the most trouble adjusting to changes when performing a computerized task that simulated a volatile or rapidly changing environment.

Conversely, emotionally resilient study participants, with few, if any, symptoms of anxiety and depression, learned more quickly to adjust to changing conditions based on the actions they had previously taken to achieve the best available outcomes.

“When everything keeps changing rapidly, and you get a bad outcome from a decision you make, you might fixate on what you did wrong, which is often the case with clinically anxious or depressed people,” said study senior author Sonia Bishop, a professor of neuroscience at UC Berkeley. “Conversely, emotionally resilient people tend to focus on what gave them a good outcome, and in many real-world situations that might be key to learning to make good decisions.”

That doesn’t mean people with clinical anxiety and depression are doomed to a life of bad decisions, Bishop said. For example, individualized treatments, such as cognitive behavior therapy, could improve both decision-making skills and confidence by focusing on past successes, instead of failures, she noted.

The study expands on Bishop’s 2015 study, which found that people with high levels of anxiety made more mistakes when tasked with making decisions during computerized assignments that simulated both stable and rapidly changing environments. Conversely, non-anxious study participants quickly adjusted to the changing patterns in the task.

For this latest study, Bishop and her team looked at whether people with depression would also struggle to make sound decisions in volatile environments and whether this would hold true when challenged with different versions of the task.

“We wanted to see if this weakness was unique to people with anxiety, or if it also presented in people with depression, which often goes hand in hand with anxiety,” Bishop said. “We also sought to find out if the problem was a general one or specific to learning about potential reward or potential threat.

The first experiment involved 86 men and women aged between 18 and 50. The group included people diagnosed with generalized anxiety disorder, major depressive disorder, people who showed symptoms of anxiety or depression, but no formal diagnoses of these disorders, and people with neither anxiety nor depression.

In a laboratory setting, study participants played a game on a computer screen in which they repeatedly chose between two shapes — a circle and a square. One shape, if selected, would deliver a mild to moderate electrical shock, and another would deliver a monetary prize. The probability of a shape delivering a reward or a shock was predictable at some points in the task, and volatile in others. Participants with high levels of symptoms common to depression and anxiety had trouble keeping pace with these changes.

In the second experiment, 147 U.S. adults, with varying degrees of anxiety and depression were recruited via Amazon’s Mechanical Turk crowdsourcing marketplace and given the same task remotely. This time, they chose between red and yellow squares on a screen. They still received monetary rewards, but instead of being penalized with electric shocks, they lost money.

The results echoed those of the in-laboratory outcomes. Overall, having symptoms common to both anxiety and depression predicted who would struggle most with making sound decisions in the face of changing circumstances, regardless of whether they were rewarded or punished for getting things right or wrong, compared to their emotionally resilient counterparts.

“We found that people who are emotionally resilient are good at latching on to the best course of action when the world is changing fast,” Bishop said “People with anxiety and depression, on the other hand, are less able to adapt to these changes. Our results suggest they might benefit from cognitive therapies that redirect their attention to positive, rather than negative, outcomes.”