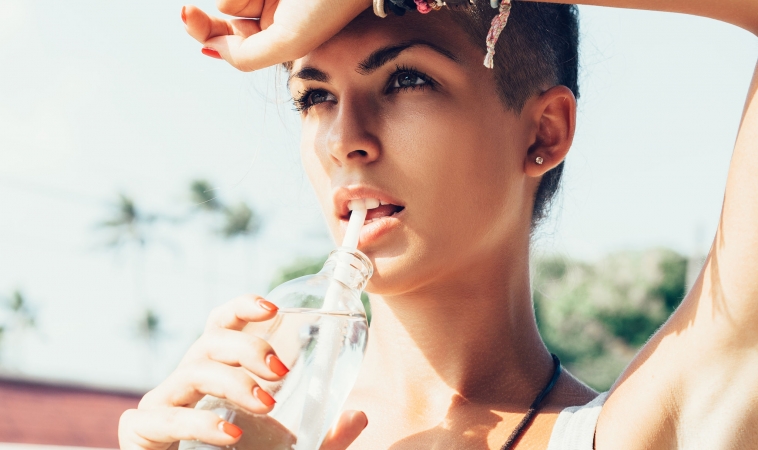 Most women may instinctively drink more water to prevent recurrent urinary tract infections (UTIs). However, this common practice has never been backed up by research, until now.

Researchers from University of Miami, have demonstrated that drinking enough water actually cuts the risk of developing a UTI in half in premenopausal women.1

UTIs are more common among women, with roughly 50-60 percent of all women experiencing an infection of the urinary tract at least once in their lifetime. One of the reasons for this discrepancy between UTI rates of men and women is the length of the urethra being much shorter in women than in men, making it easier for bacteria to be introduced into the urinary tract.

Sexual intercourse may not transmit these infections, but may raise the risk of developing UTIs, due to the introduction of bacteria into the urethra. This is rationale behind urinating after sexual intercourse for women, to “clean” the opening of the urethra from foreign bacteria.

This “flushing out” of the bacteria is the same assumption for the benefit of drinking more water to prevent recurrent UTIs; urinating more simply prevents bacteria from colonizing the lower portion of the urinary tract. But there had not been any studies to prove that drinking water had any effect.

The study looked at 140 premenopausal women across Europe who suffered from recurrent UTIs. All of the women included in the study were in the habit of drinking far less than the recommended amount of water daily. The study followed these women for a year, and ensured that they were drinking at least six 8oz glasses of water daily.

The findings were clear

Women who drink more water are 50 percent less likely to develop a UTI. Women who were under hydrated in the study suffered from twice as many bladder infections as women who drank enough water – 3.2 infections per year compared to 1.7 infections.