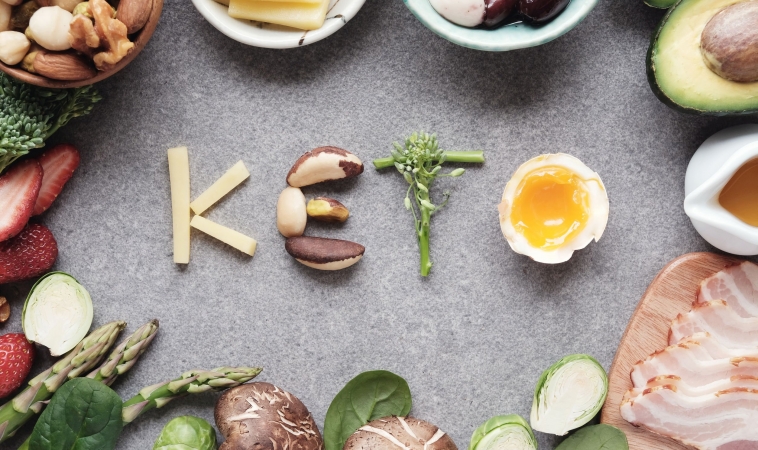 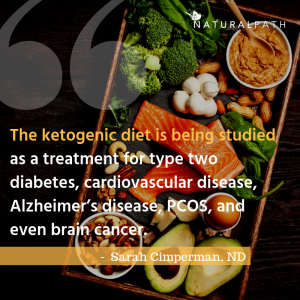 The ketogenic diet is trending, but it’s not new. Doctors have been using it for nearly a century as a treatment for epilepsy and in children it can be more effective than medication.1 Now it’s gaining popularity as a weight loss strategy and a treatment for conditions like type two diabetes,2 cardiovascular disease,2 Alzheimer’s disease,3 polycystic ovarian syndrome,2 and the most common kind of brain cancer.4 While the ketogenic diet has big benefits for some individuals, it’s not right for everyone. Read on to learn more about the diet, the side effects, and the top five reasons that it may not be right for you.

The ketogenic diet is named after ketosis. When the body is running low on fuel, it uses ketosis to produce ketone bodies from fat stores as an alternate source of energy. This only happens when blood sugar levels are low and amino acids from protein have been depleted. Ketosis is not the same as ketoacidosis, a life-threatening complication of diabetes resulting from inadequate levels of insulin. Unlike ketosis, ketoacidosis is characterized by extremely high levels of blood sugar and ketone bodies that alter the pH of the blood, making it too acidic.

It can take time for the body to fully adapt to the ketogenic diet. As this happens, changes in hormones and electrolytes can cause fatigue, headaches, and gastrointestinal upset. Because these symptoms resemble those of the flu, this period is often referred to as “keto flu.” (The ketogenic diet does not cause influenza.) It make take a few days or a few weeks, but signs that the body is in ketosis include dry mouth, bad breath, a metallic taste in the mouth, increased thirst and urination, cold hands and feet, and difficulty sleeping.

There is concern that people who follow the ketogenic diet long-term may experience liver problems, kidney stones, reductions in bone mineral density, nutritional deficiencies, constipation, mood swings, and the lack of mental clarity referred to as “brain fog.” People following the ketogenic diet should work closely with a doctor who can monitor liver and kidney function, test for deficiencies, recommend supplements to replace electrolytes and minimize adverse effects, and make any necessary changes in prescription medications. 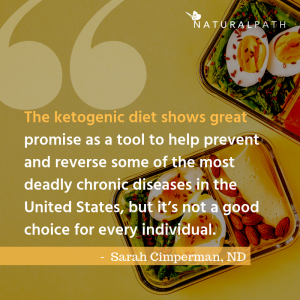 Ketosis is generally considered safe, although most studies have followed people for up to two years and longer term studies are lacking. The ketogenic diet shows great promise as a tool to help prevent and reverse some of the most deadly chronic diseases in the United States, but it’s not a good choice for every individual. Here are the top five reasons to avoid the ketogenic diet.

#1 | You are pregnant or trying to become pregnant.

The ketogenic diet should not be used during pregnancy. Women trying to become pregnant should also stay away from this diet because ketosis is perceived by the body as a state of starvation which makes conception much less likely.

#2 | You have a medical contraindication.

The ketogenic diet may be dangerous for people with liver or kidney problems, pancreatitis, gall bladder disease, disorders of fat metabolism, porphyrias, and deficiencies of certain enzymes like carnitine and pyruvate kinase.

#3 | You have recently lost more than ten percent of your body weight.

People often lose weight on the ketogenic diet, but it’s not always a good thing. If you have recently lost a significant amount of weight—ten percent or more—for any reason, you should avoid the ketogenic diet and consider one that is less restrictive.

Restrictive diets like the ketogenic diet should be avoided by people who are struggling with an eating disorder or have done so in the past. These people should work with a doctor who specializes in nutrition to find a less restrictive diet that will meet their needs.

Because the ketogenic diet is so restrictive, people who are used to eating more than small amounts of carbohydrates can find it difficult to follow. People who are unable to stop eating sweets and/or starches will not be successful, so these individuals should consider less restrictive low-carb diets.