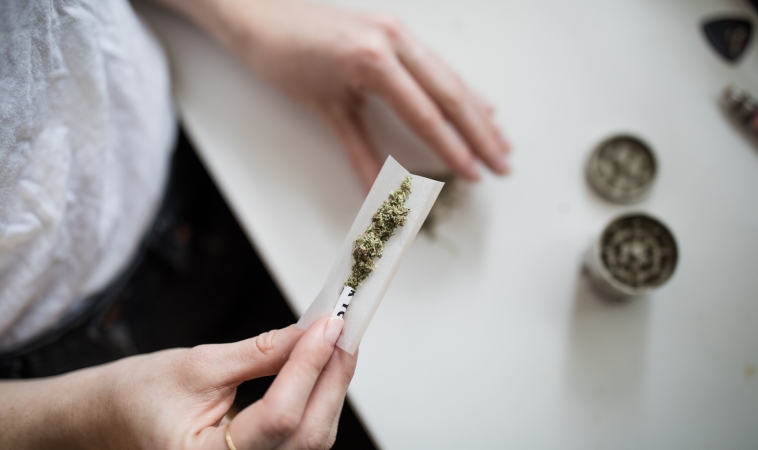 About one in five Canadian adolescents uses cannabis (19% of Canadians aged 15-19), and its recent legalization across the country warrants investigation into the consequence of this use on the developing brain.

Adolescence is associated with the maturation of cognitive functions, such as working memory, decision-making, and impulsivity control. This is a highly (pun intended) vulnerable period for the development of the brain as it represents a critical period wherein regulatory connection between higher-order regions of the cortex and emotional processing circuits deeper inside the brain are established. It is a period of strong remodeling, making adolescents highly vulnerable to drug-related developmental disturbances. Research presented by Canadian neuroscientists Patricia Conrod, Steven Laviolette, Iris Balodis and Jibran Khokhar at the 2019 Canadian Neuroscience Meeting in Toronto on May 25 featured recent discoveries on the effects of cannabis on the adolescent brain.

Dr. Patricia Conrod, at Université de Montréal, studied the year-to-year changes in alcohol and cannabis use and cognitive function in a sample of adolescents consisting of 5% of all students entering high school in 2012 and 2013 in the Greater Montreal region (a total of 3,826 7th grade students). Students were assessed annually for 4 years on alcohol and cannabis use, and their cognitive function was evaluated using computerized cognitive tests.

Could cannabis have more long-term cognitive effects than alcohol?

The researchers found substance use to be linked to low cognitive functioning, a finding that could be indicative of an underlying common vulnerability. Cannabis use was linked to impairments in working memory and inhibitory control, which is required for self-control. Cannabis use was also linked to deficits in memory recall and perceptual reasoning. Alcohol use was not linked to impairments in these cognitive functions, suggesting cannabis could have more long-term effects than alcohol.

More recently, Dr. Conrod’s team analyzed the sex difference in cannabis response in the same sample of adolescents. Preliminary data indicates that cannabis use had a stronger effect on the memory functions of male students than female students. However, both sexes were equally affected by cannabis on inhibitory control. These results help identify at-risk youth groups and target them for early intervention and information.

Dr. Steven Laviolette presented research on the effect the primary psychoactive component of cannabis, delta-9-tetrahydrocannabinol or THC, on the adolescent brain, in rodent animal models. His team demonstrated that adolescent exposure to THC induces changes in a specific region of the brain called the prefrontal cortex (PFC) and in a brain circuit, the mesolimbic pathway, that closely resembles the abnormalities observed in schizophrenia. Furthermore, adolescent THC exposure also caused affective and cognitive abnormalities including deficits in social interactions, memory processing and anxiety regulation.

Interestingly, Dr. Laviolette’s team found that administration of drugs that restore normal PFC function in early adulthood could reverse the effects of adolescent THC exposure. They also demonstrated that co-administering THC with drugs that prevent the THC-induced disruption in brain signaling pathways prevented the development of schizophrenia-like effects. These results offer insights into ways to prevent or reverse THC-induced brain signaling defects in adolescents.

Dr. Iris Balodis, from McMaster University, investigates the mechanisms that motivate individuals to act and make decisions that can go against a person’s best interest, as seen in people suffering from addiction. To compare decision-making in individuals suffering from cannabis addiction (also called cannabis use disorder) to healthy controls, Dr. Balodis used an effort-based decision-making test, which explores how much effort an individual is willing to make to receive a given reward. Participants are given a choice between an easy task or a hard task in which they can gain varying amounts of money (for example, pressing a lever a number within a certain time limit).

During the administration of this test, Dr. Balodis and her team looked at differences in activity in different brain regions by functional magnetic resonance imaging. Initial findings suggest that there are differences in encoding the value of the reward (money received) and of the effort cost (amount of work done) in individuals addicted to cannabis relative to healthy controls. These were revealed by differences in activation of specific brain regions known to be important for motivation. This information could be key to finding cannabis addiction vulnerability factors.

Adolescent cannabis use is associated with behavioral changes related to reward and motivation in humans. Paradoxically, this use has both been suggested to increase motivation for other drug use (the gateway hypothesis) and a potential “amotivation syndrome” in which individuals are less willing to expend effort to receive a reward. It is not known whether adolescent cannabis use causes either of these responses, or if cannabis use is rather a symptom of a pre-existing state that results in these behaviors.

In order to better understand the long-term effects of adolescent cannabis exposure on the brain, Dr. Jibran Khokhar, from the University of Guelph, studied the effect of THC exposure in adolescent rats on their adult behavior. In this study, adolescent THC exposure differentially impacted instrumental (decreased lever pressing) and Pavlovian learning (increased sign-tracking). These rats also showed differences in other reward-related behaviors. These behavioral changes were accompanied by changes in the connection between different regions of the brain, including those involved in encoding reward and motivation. These results suggest adolescent cannabis exposure in rats can produce long-lasting changes in brain circuitry which might contribute to the behavioral changes observed after cannabis exposure.

From Canadian Association for Neuroscience

Photo by Thought Catalog on Unsplash