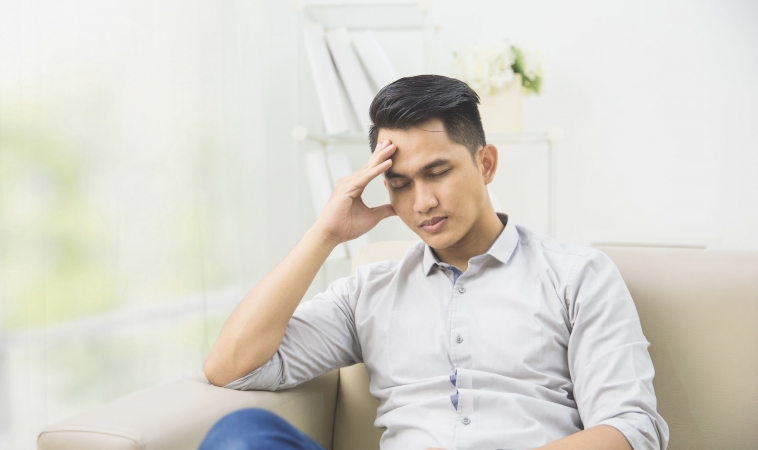 A new study shows that the female sex hormone, estrogen, may play a role in the development of migraines in men.1 It is generally accepted that the sex hormone does play a role in migraines for women, but has never been researched in men, until now. This study was published last week in the online edition of Neurology.

Migraines are a neurological disorder that can be disabling. They are marked by frequent headaches of insurmountable severity. Women of childbearing age are at least 3 times more likely to suffer from migraines than men. Estrogen levels have been found to influence when women experience migraines, and also the severity of an episode. And now a relationship between higher levels of estrogen and lower levels of testosterone have been seen to influence migraines in men as well.

The study was small, comparing 17 men with migraines to 22 without. The average age was 47 years, and migraine sufferers had migraines an average of 3 times monthly. No one in the study was taking medication known to affect hormone levels. All participants were healthy weight, and were matched for age and body mass.

Estradiol and testosterone was measured in blood. Four samples were taken daily from each participant on a single day, 3 hours a part. For individuals experiencing migraines, the first sample was taken on a non-migraine day, then on each subsequent day until a migraine was experienced.

Men who experienced migraines had higher levels of estrogen between episodes

It was seen that men who experienced migraines had higher levels of estrogen between episodes, 97 pm/L, compared to 69 pmol/L in non-migraine men. Testosterone was roughly the same in both groups. The ratio of testosterone to estrogen was therefore much lower in the migraine group – 3.9 versus 5.0. Interestingly, testosterone levels were seen to increase 24 hours before migraine in those who had prodromal symptoms such as fatigue, muscle stiffness and food cravings.

Participants’ responses when asked about symptoms related to testosterone deficiency

Participants were asked about symptoms that may indicate a relative testosterone deficiency, such as alterations in mood, energy as well as sexual dysfunction. 61 percent of the migraine group complained of these symptoms versus 27 percent of the control group.